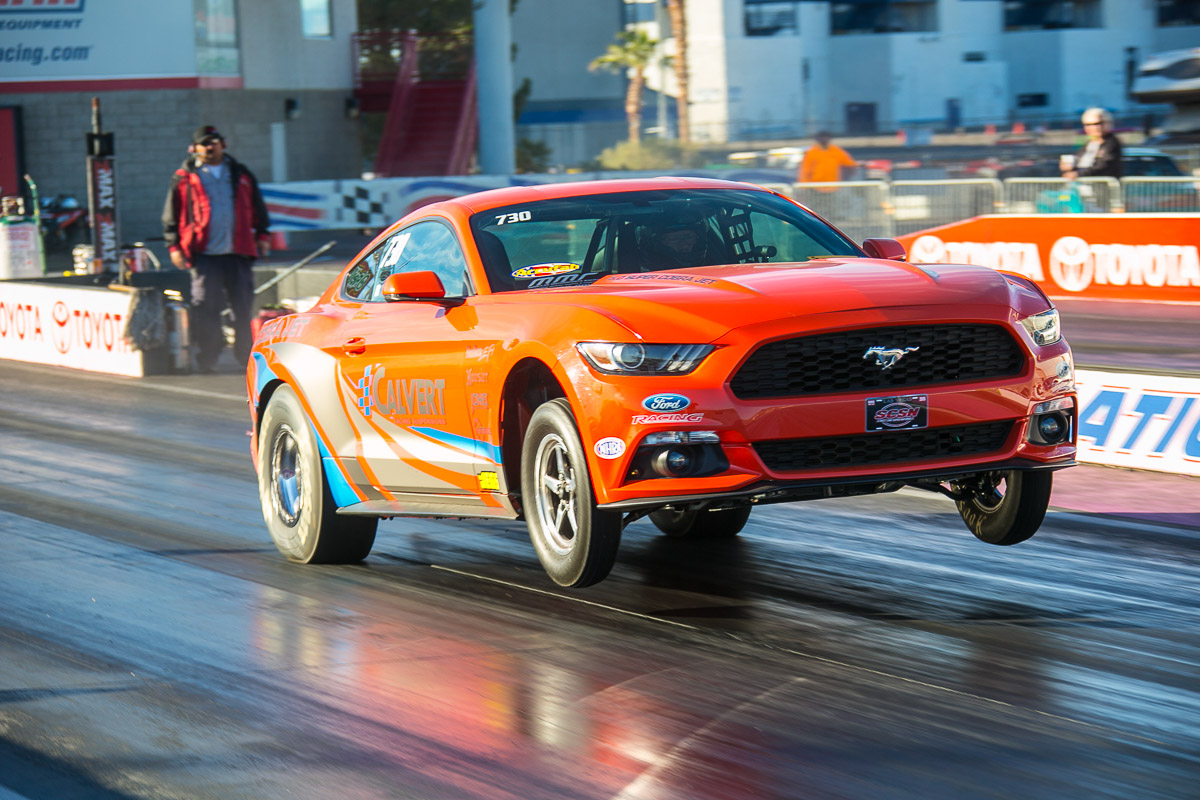 If you counted the number of awesome wheelies that were ripped over the course of the Street Car Super Nationals you’d achieve a number that was comedically large. See some of the cars pulled them right off the hit of the throttle and others of them would pull power wheelies down track when the power came up in the engine. At times this completely defied logic because the track was so cold we didn’t think anything would stick to it, especially a hugely powerful drag race car. We were wrong. These cars were going vertical or near vertical at points ranging from the starting line to the strips. It was a spectacular thing to watch.

Rather than give you the old “here’s a bunch of photos” routine, we busted out the wheelie photos for you to enjoy here. These are freshly published, never before stuff so take some time and check them all out!

This 1973 Cadillac Has Been Made Into The Caddy El-Mino: Get Your Boss Hogg On With This Sucker! Truckin' Perfection! This 1958 Chevy Apache Has NAPCO Four Wheel Drive And The Perfect Look