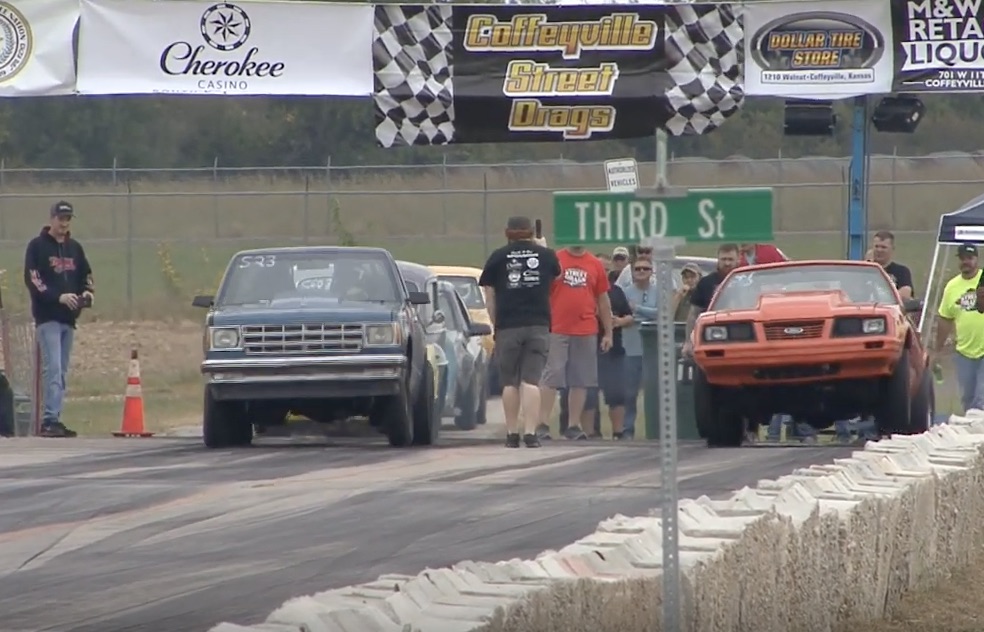 It used to be that the only way you saw two cars race on a street was to be in the loop of information. You had to know what intersection was going to be the starting line, you had to know when the fun was going to go down, and you knew that by even showing up, that you were risking quite a bit…nevermind if anything happened because of the cars, if red and blue lights pierced the misty early morning scene, you were just about as good as done. We get it…street racing in it’s purest form is a bad idea all the way around. But there is a strong contingent of racers who believe that the street is the only place worth racing on, with no prep outside of what a crew member brought up to the line in a bottle and a very good chance that traction halfway down the street could be the deciding factor on who wins or loses in a race.

The Coffeyville Street Drags has been one of the bigger events to pop up in recent years. The city of Coffeyville, Kansas has welcomed the event with open arms and the racers respond by showing up in force to lay down some runs on Industrial Street near the municipal airport when the events go down. Urban Hillbilly Videos captured footage of the fall race and as usual, the vehicles that showed up were set to go. If I had to pick a favorite, I’ll say the orange Fox Mustang just because from the jump that car looks wild…if they could get the car settled, it’d be something to behold!

2018 East Coast Indoor Nationals Photos: Big Horsepower, Cool Cars, And A Refuge From The Cold Great Video: This Profile Of Mark Micke, Jason Carter, And The World's Most Bad To The Bone 1978 Malibu Rules!