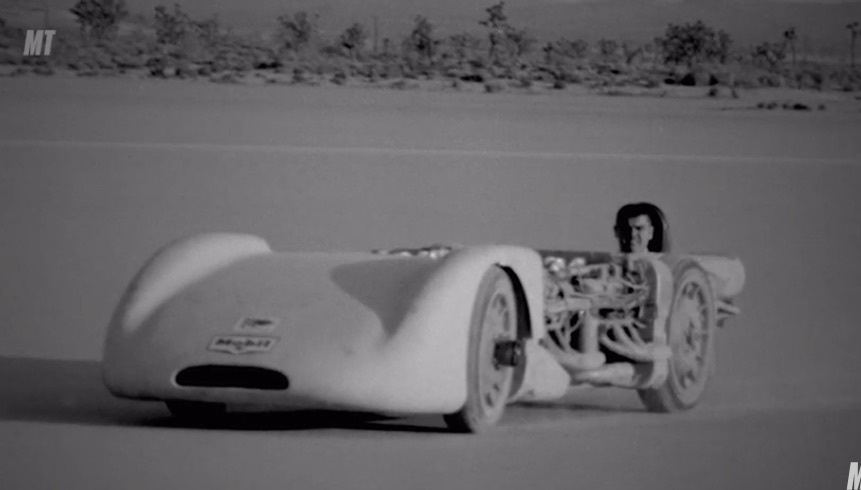 Now this is some fun watching. Freiburger told me a while back that he was working on a short documentary about Mickey Thompson’s quest to become the first American to run over 400mph and how he accomplished it. I had kind of forgotten about it until he told me that it dropped yesterday and I can tell you from having watched it myself, it is spectacular. Using photos, most of which have never been seen before from the Petersen Archive this is a video long on information and history but short on wasted time. Basically I think that Thompson would approve of this method of telling the story because it gets to the point and lends some really cool insight on the stuff that happened behind the scenes.

Freiburger and I have long bickered about Mickey Thompson being the greatest hot rodder of all time. I tend to take the side of guys like Art Arfons who operated with little to no budget, but the honest answer is that he’s right. Thompson accomplished so much, created so much, and made so many things happen it’s nearly unfathomable in the context of 2020.

This is a great watch!

Press play below to see Freiburger host this short documentary on Mickey Thompson!

Twin Blown: This 1,100hp LS Engine Does Not Use Turbos But Rather Two TorqStorm Centrifugal Blowers Hold The Slush: You Can Now Get Focus and Fiesta ST Models In Europe With A 10-Speed Automatic