Twin Blown: This 1,100hp LS Engine Does Not Use Turbos But Rather Two TorqStorm Centrifugal Blowers 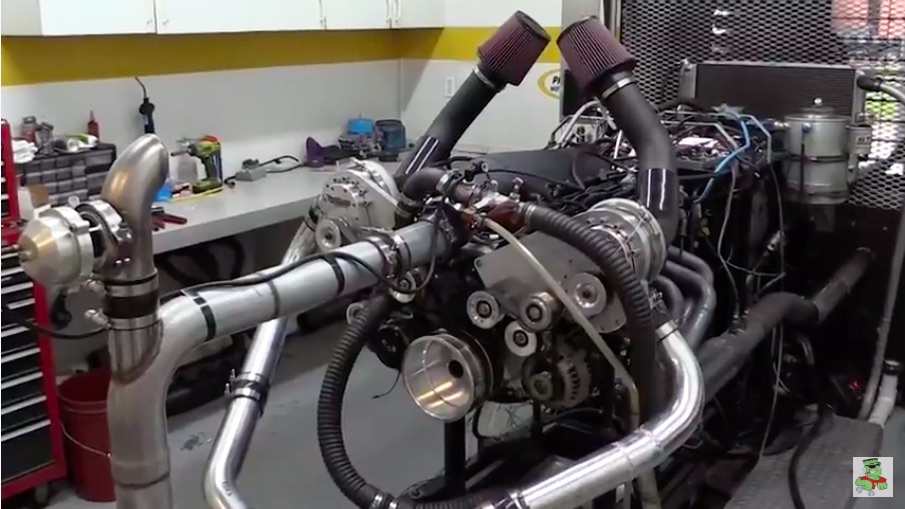 This is a really neat engine build video and the best part is that you can win the engine! Seriously Holley is giving this actual engine away and we have been telling you how to enter. If you are still not entered into this deal, the way to get it done it by GOING HERE. Once you handle that, you’ll be a fighting chance to land this awesome engine and we can tell you that it’s awesome because you are going to see how Prestige Motorsports built it, what components they used, and how the dyno testing went in this video.

TorqStorm blowers have been around for several years and they have absolutely concentrated themselves on being a reliable, street-based brand. They are not mega-power makers…we thought. As it turns out, when you place two of them on an engine, it’ll make massive four digit horsepower on pump gasoline AND race gas. You are going to see the engine dyno tested with multiple pulley sizes and on both the normal pump gas you buy on the corner and with more boost and high octane racing fuel.

As they always do, the Horsepower Monster YouTube channel does a killer job outlining the engine, showing us the hard parts and components that it’s made up of, and then ultimately the dyno testing to prove the concept. We want this engine in a square body GM truck now.

A Legend In His Own Words: This Feature On Smokey Yunick Is So Awesome As He's The One Telling The Stories Fun History: This Short Motor Trend Documentary Tells The Tale Of Mickey Thompson Running 400 MPH!

One thought on “Twin Blown: This 1,100hp LS Engine Does Not Use Turbos But Rather Two TorqStorm Centrifugal Blowers”