Fun Video: Check Out This Home Movie Footage Showing A Trip To Santa Pod Raceway In 1972 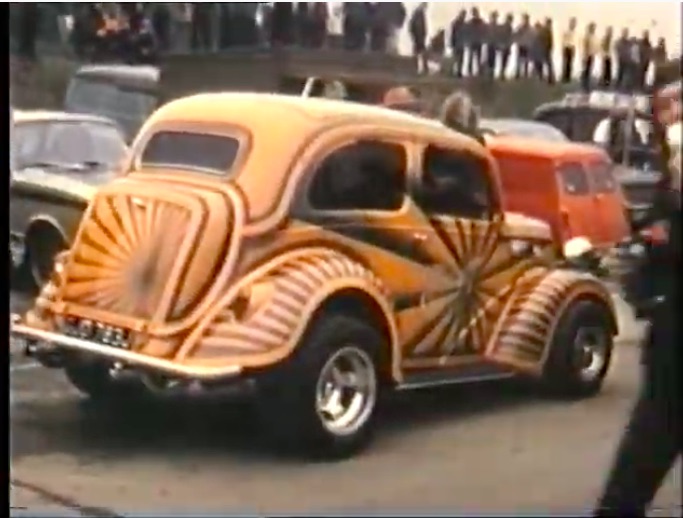 This is one of those videos that’s great because of what it doesn’t have as opposed to what it does. This video doesn’t have a lot of production value as it was shot on a home movie camera. This video does not have sound, this video does not have sunny skies (Because England) and it definitely does not have the best clarity. What it does have is a kind of unfettered reality that we love. This is what a trip to the drag strip in England looked like in 1972. This was not just any race either, it was the 1972 Internationals which was a massive meet at Santa Pod and one that drew cars and people from all over “The Continent” to spectate and compete on one of the most awesome strips in the world.

We like checking out the cars in the background and the ones on the track. Some of the stuff is downright freaky looking. The artistic tastes of the UK and America were very much still aligned at this time judging by the wildly colorful and over the top paint jobs.

There’s something really interesting about getting a “regular guy’s view” of the world about a half century ago. The pro level stuff is cool, but this is the original reality TV.

Chris Alston's Chassisworks gStreet Chassis Isn't Just Beautiful, It's Functional And Customizable A Legend In His Own Words: This Feature On Smokey Yunick Is So Awesome As He's The One Telling The Stories

One thought on “Fun Video: Check Out This Home Movie Footage Showing A Trip To Santa Pod Raceway In 1972”