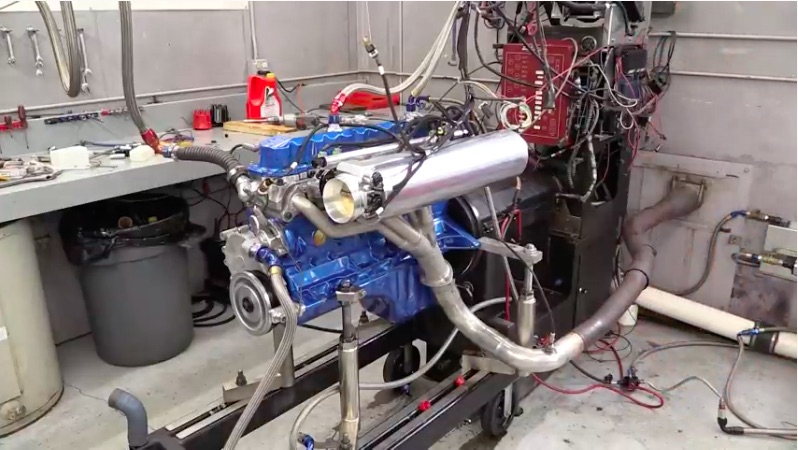 It’s one thing to build a hot rodded version of a cool engine. It’s another thing to combine all your skills as a fabricator, engineer, and engine builder to take a platform and double the horsepower in a naturally aspirated form.

That’s exactly what this video from the Horsepower Monster channel on YouTube shows us. Perhaps the most awesome and powerful naturally aspirated Jeep inline six ever built and it was done by Newcomer Racing. The addition of a crank trigger ignition, the individual coil packs, and modern engine control systems allow this engine to really make some steam. How much? Nearly 400 without boost or nitrous!

Perhaps even better is the fact that this engine is destined to be turbocharged so we are seeing great numbers but not the end of the line for this particular engine. Oh, and have you never heard one of these things turn more than 6,200 rpm? We’re not sure we have ever heard one turn more than 5,500 so when this one hits the high notes, it is pretty awesome.

In the fashion of the Horsepower Monster videos we learn about the parts used, we see the pulls, the graphs from the pulls, and we learn about the unique and awesome facets of this engine. We also see an intake manifold test that pits a bad ass and traditional style intake with one that was dubbed “The Cannon” more properly designed for the turbocharged future of the engine but one that looks and performs strongly as well.

An awesome day for engines here, especially if you love Jeeps.