Watch This New Zealand Drag Racing Crash That Seems As Though It Will Never End! Insane! 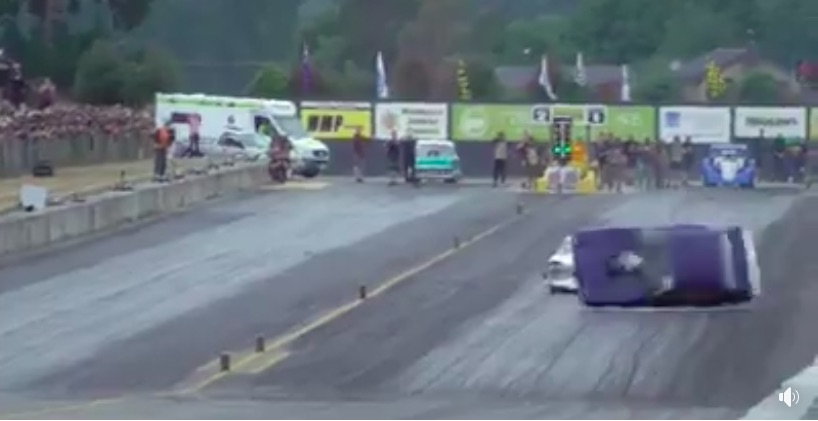 The scene is the Masterton Motorplex in Masterton, New Zealand. The cars are supercharged door slammers and while we’re not sure what the race is, we’re damned sure that it is eliminations because both of these drivers are loose early and pedaling hard to try and win the round. That’s when things get weird and then go drastically wrong for the driver of the blown Ford Capri that starts on the left side of your screen. He does not end up there.

We have seen many hair-raising, crazed, sideways, and loose runs that have ended badly but we have never seen a sequence like this that just never seems like it is going to end. Between both cars sliding around and one eventually rolling over, streaking along with a stuck throttle, and eating concrete, it just goes on and on and keeps getting worse.

We do know that the driver who got the worst of it walked away. The final shot, as it so often is finishes the car off and thankfully puts and end to the whole fiasco. We have watched this 100 times and we’re still kind of sitting here in a state of wonderment.

4 thoughts on “Watch This New Zealand Drag Racing Crash That Seems As Though It Will Never End! Insane!”