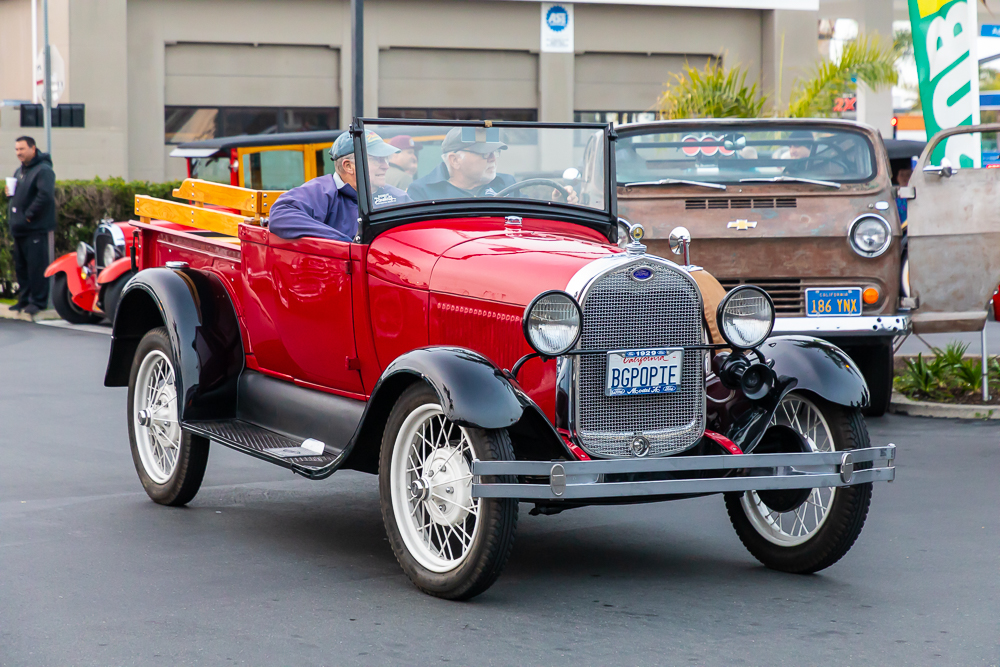 Throw on a jacket, rumble out of the neighborhood as softly as possible and arrive at a nondescript strip mall just after sunrise. Sounds like the opening scene from some sort to murder-mystery show, right? Wrong, its the routine that so many SoCal hot dodders engage in week after week to be part of the awesome Donut Derelicts gathering that happens on Saturday mornings all year ’round. It’s over before most people get out of bed and maybe that’s the best part. When you are there and nipping on a cup or coffee, scarfing a donut, and enjoying the sights, your day has barely begun and its already a good one.

As you will see, there’s not rhyme or reason as to who or what shows up, where people park, and what people check out. Some guys just go to see their buddies and some guys just go to be seen. You know how it works in the world of cars, everyone has their own reasons.

Dig these photos from the first Donut Derelicts gathering of the New Year!

Watch This New Zealand Drag Racing Crash That Seems As Though It Will Never End! Insane! Camshaft Fun Video: What's The Value Of A Cam Swap With and Without Boost On A 2V Ford Mod Engine?