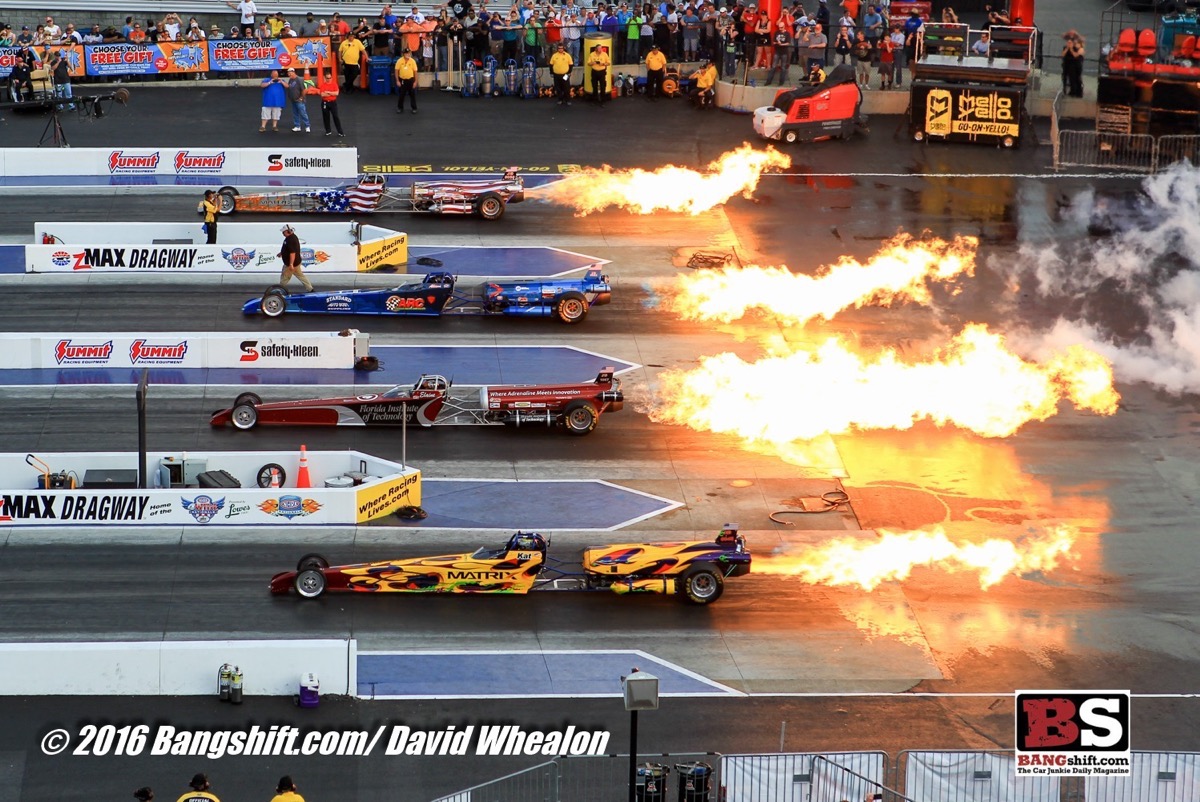 (Photos by David Whealon – DWphotos.net) – While the majority of people like to zone in on the professional categories at any NHRA Mello Yello series national event, we think that the major story coming out of the NHRA 4-Wide Nationals was the fact that two of the sportsman categories ran four wide for the first time in the history of NHRA national event competition. Yes, Super Gas and Super Comp both qualified in four wide fashion and the days and weeks leading up to that moment were interesting to say the least. There was a social media outcry by some, a positive reaction by others, and the vast majority of people (like us) were just interested to see how it was all going to look.

A “staging” school was held on a drizzle filled Friday morning which gave the racers in the two categories a couple of tips on where to look and what to watch for when they were coming to the line in their cars. As it turns out, all the teeth gnashing was for naught because these experienced and grizzled racers handled the situation perfectly. Guys like Phil Smida cut perfect lights and there really was nothing to speak about with regard to staging. Watching the four cars come off the line all throttle stopped differently and then converging on the finish line together was cool. The social media reaction b the racers there was very positive and the rumors are swirling that eliminations in many categories may be held in a four wide fashion but those are just rumors.

The other classes were run in both qualifying and eliminations as two wide affairs like normal. The racing was spectacular and we have lots of sweet action photos from David Whealon below. From the wheels up super stocks to the hard charging alcohol cars, these are the real heart and soul of each and every event. Yes, the hardcore fans appreciate them like they should be appreciated and a good move by NHRA has opened the door to even more people paying attention. Sportsman finals were shown on the Fox Sports 1 broadcast of the event, which people had been clamoring for. That rules!

Cruise Coverage: The Parkette Drive-In Cruise Brought Out The Coolness! Rough Start: Like To Gamble? Take A Risk On This 1978 Chevrolet Camaro And You Could Come Out A Winner In The End!

One thought on “NHRA 4-Wide Nationals Sportsman Photo Coverage: Four Wide For The First Time Ever”