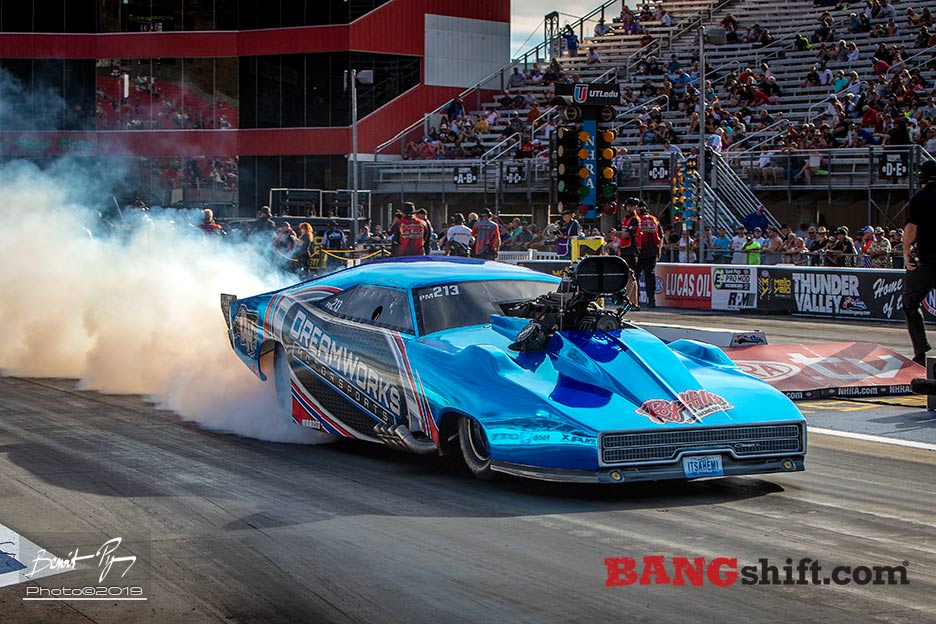 (Photos by Benoit Pigeon) – It is a beautiful place, it is a tricky place, and for the racers of the NHRA E3 Spark Plugs pro mod series, it was an exciting place to race. It was Jose Gonzales who qualified 16th who ultimately raised the Wally at the end of a wild weekend that saw one car careen into the sand trap at more than 180mph and others shake their tires right out of competition.

The NHRA pro mod series is wild because it is one of the last bastions of quarter mile competition for these cars. Virtually every other series out there is eighth mile and the difficulty with pounding on blower, turbo, and nitrous engines shone through over the course of the three day marathon. Plenty of melted pistons, wounded parts, and sweating teams showed just how cutthroat and hard this series has become to win in.

Benoit Pigeon was on the grounds with his cameras and he blasted loads of amazing photos that we’re going to share with you. As his biggest passion in drag racing is pro mod we figured that starting there made the most sense.

Check out the cars and the whole scene at Bristol. We’ll be back with more tomorrow!