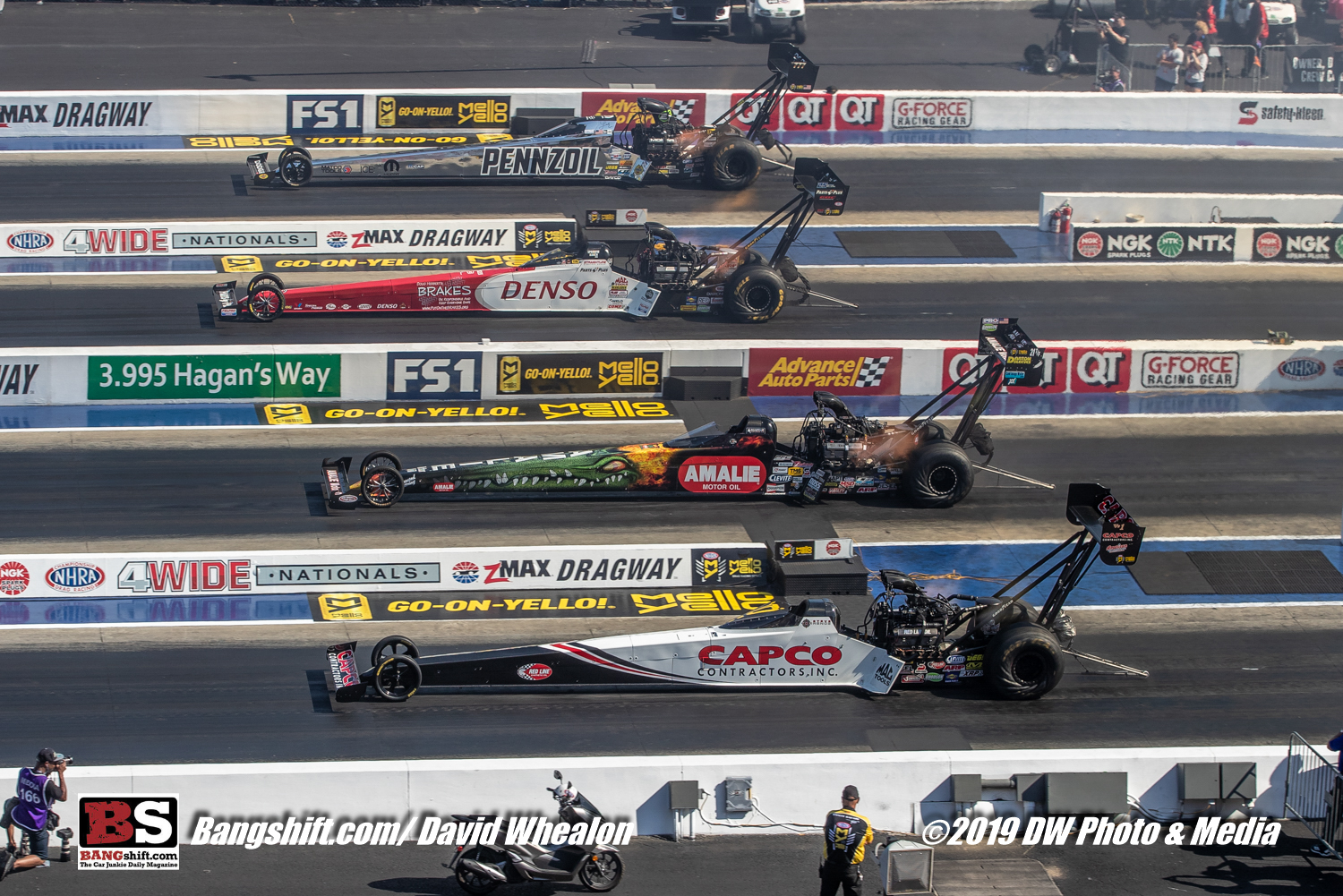 There were many questions surrounding the decision made by the Torrence family to park their Capco Racing team for the NHRA season opening Winternationals in Pomona, California that lead to rampant speculation on the internet and a flurry of theories relating to the reasons for their absence. The team has laid all of those theories and ideas to rest with the release of the below statement explaining their reason for skipping the first race and affirming that they’ll be back with the series when the 2020 NHRA Arizona Nationals are contested at Wild Horse Pass Motorsports Park in just under two weeks.

As a privately funded and operated team, the Capco organization has perhaps more flexibility than most to make the decisions the they best see fit for their group as they are not beholden to sponsor commitments. As you will read below, their absence in Pomona was a result of a dispute with the NHRA regarding the conditions and fine placed on driver Steve Torrence following his top end incident with fellow top fuel racer Cameron Ferre at the NHRA finals last November in Pomona.

As fans of the sport, we’re glad that Steve Torrence and his all-conquering team will be back in Arizona. We’ll see if the competition is ready for the return of the Texas racer and his band of talented crewmen. The full statement is below.

KILGORE, Texas — After a week of often ridiculous speculation, team owner Kay Torrence confirmed Monday that the one-and-only reason the Torrence Racing Top Fuel dragsters were absent from the season-opening 60th annual Lucas Oil Winternationals at Pomona, Calif., was the NHRA’s lack of urgency in acting upon the team’s appeal of sanctions related to an incident involving two-time Mello Yello Champion Steve Torrence.

“Us not being at Pomona had nothing to do with the new Countdown rules or Steve’s health or anything else that’s been said on the internet,” she emphasized.  “It was about trying to settle the appeal we filed with the NHRA on November the 29th.  We didn’t want any unresolved issues going into the new season, but we had trouble getting them to respond to our letter of appeal.

“By the time everything was settled, it was too late to get our equipment and crew members to Pomona in time to race,” she said.  “I just want to say to all the fans who have supported us, ‘we appreciate you and we look forward to seeing you all in Phoenix (at the Feb. 21-23 NHRA Arizona Nationals).’  We also want to give a big shout out and thank you to our sponsors and all the pipeliners across the country who support us.”

Although Steve Torrence was assessed a fine and penalty for a confrontation with rival Cameron Ferre that was shown during FOX TV’s coverage of last November’s Auto Club Finals, the amount of the fine and the stipulation that he attend anger management classes were disputed by Torrence Racing.

The incident occurred at the end of the racetrack following Torrence’s first round victory and came in the midst of a tense three-way points battle.  At issue was Ferre’s starting line etiquette as a driver not in contention for the championship.  One of the salient points raised by Torrence Racing was that the NHRA was complicit in creating a hostile environment by using an edited video clip that showed Torrence’s reaction to whatever had been the provocation but not the provocation itself.

Moreover, Torrence Racing took issue with the NHRA’s apparent hypocrisy in assessing penalties for what it deemed conduct detrimental to the sport and then using video clips of that very same behavior, ostensibly to attract new fans and viewers.

The fact that a penalty should have been imposed never was in dispute and Steve Torrence quickly accepted full responsibility for the incident to the extent that, during his acceptance speech at the Mello Yello Awards Banquet, he made a point to personally apologize to Ferre for over-reacting in a “heat of battle” situation.

The incident itself is one that both Torrence and Ferre publicly have said they wish to put behind them as both pursue their dreams in racing.  However, the NHRA’s continued use of the edited clip will make such a course exceedingly difficult.

Meanwhile, Torrence is just anxious to get back to work.

“I just want to get back with (Richard) Hogan, Bobby (Lagana Jr.) and the Capco Boys, get back in my race car and get back in the hunt,” said the 36-time Top Fuel winner.”

Team Capco has won the Arizona Nationals, contested at Wild Horse Pass Motorsports Park outside Phoenix, each of the last two years.  Steve won in 2018 and his dad, Billy, hoisted the trophy in 2019. 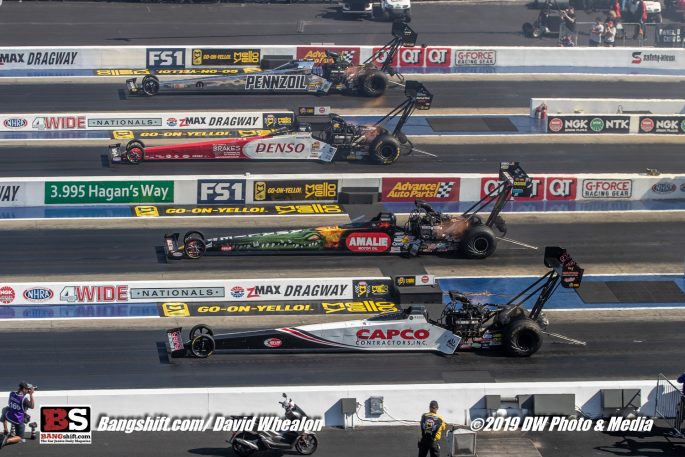 American Powertrain and Yukon Gear & Axle Are Here To Cover Your Rear! The Songs Of Sherman: This Video Shows Sherman Tanks With Their Various Engines - Radial Continental, Detroit Diesels, Chrysler Multi-Bank, and More!