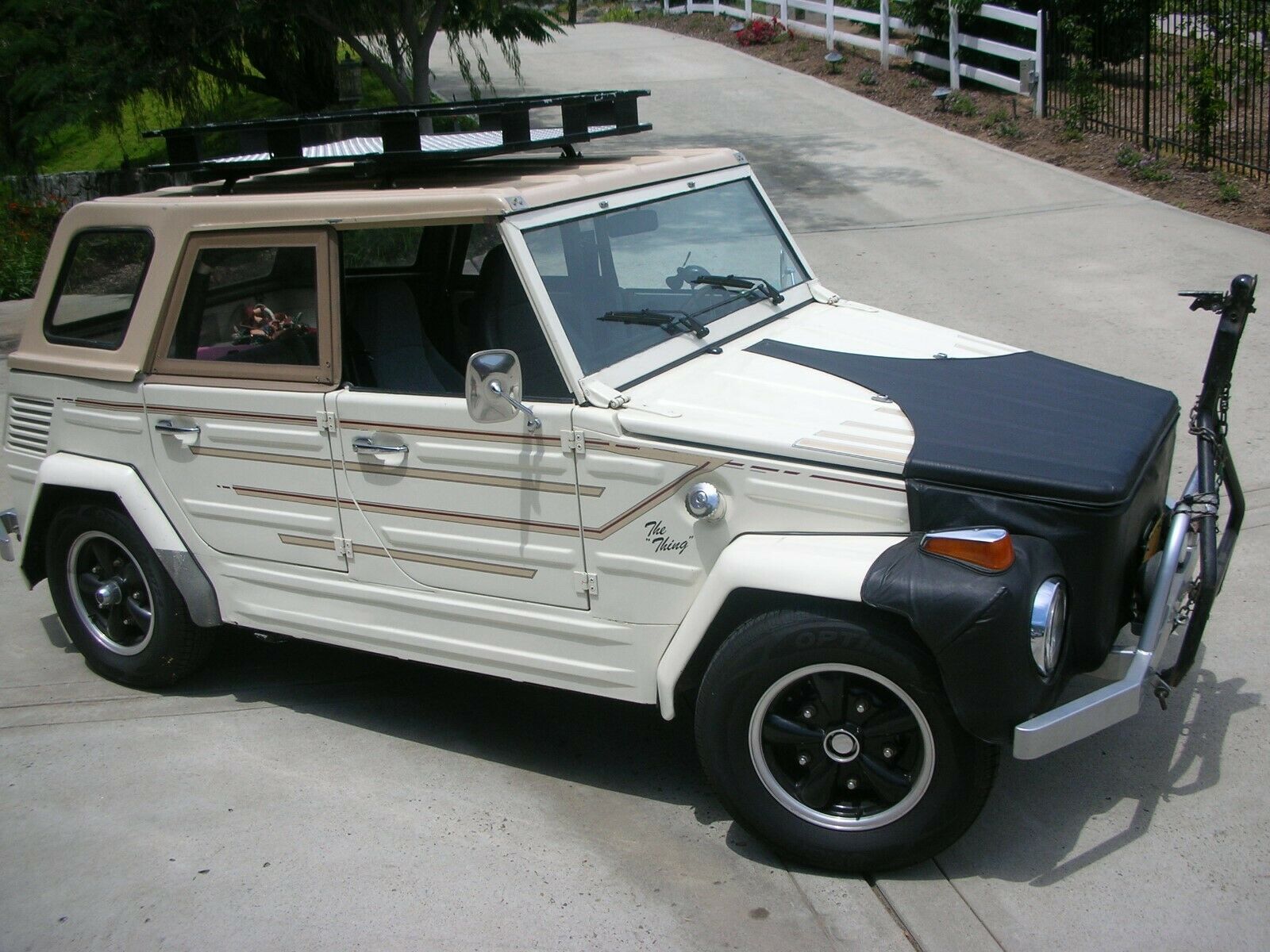 The VW thing has its roots in the military as many people know. The Thing was sold under different names in different countries and was basically a beefed up, lifted up, and strengthened version of the Type 1 VW Beetle. The production run for these things was more than 20 years and (not shockingly) they were sold the longest down in Mexico where the laws and their popularity allowed them the most longevity. In the USA, the Thing was not sold after 1975 because laws regarding automotive safety effectively rendered the design illegal (because the windshield was too close to the occupants to meet the new code the government passed). This is a 1973 model and it is unlike anything we have ever seen. Why? Primarily the engine!

Powered by a 300hp, hot rodded, reverse-rotation Corvair flat six this VW Thing also packs a custom four speed automatic transmission that’s had the third and fourth gears made taller for better performance as a highway cruiser and long distance traveler. Guessing by the tow bar on the front of it, this guy has spent some miles behind an RV or other larger rig being dragged on vacations and other trips. We dig the roof rack situation, the slightly modernized interior, the paint job, and the upgraded wheels and tires. We also dig the fact that this sucker is fast enough to make people wonder what the hell it is when it pulls them going up a grade or blows their doors off in traffic.

Yes, the modern touches add some weight but these things were only 2,000lbs to start with, so this weighs what? 2,700 or 2,800lbs max? We bet it is fun and we bet it is fast enough to keep a smile on your face while driving. What do you think? 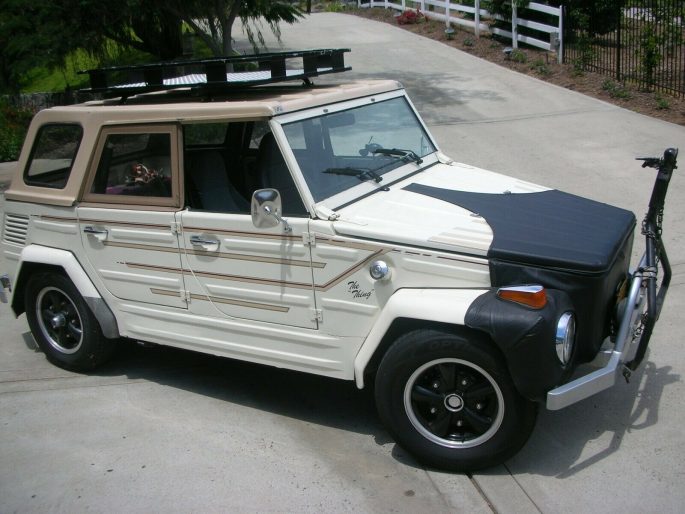 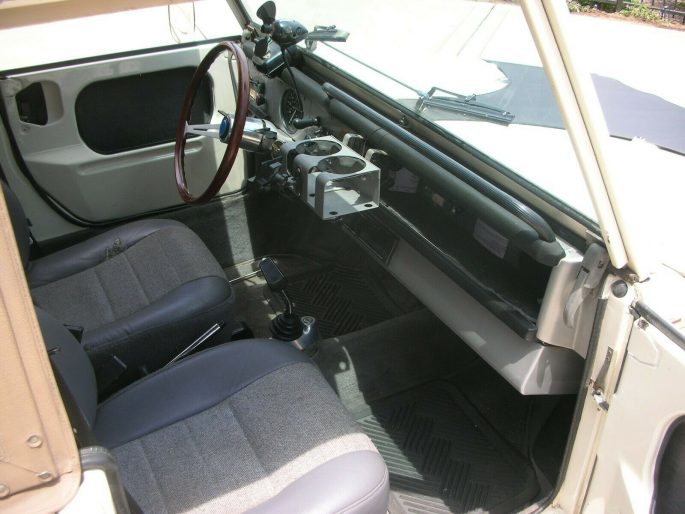 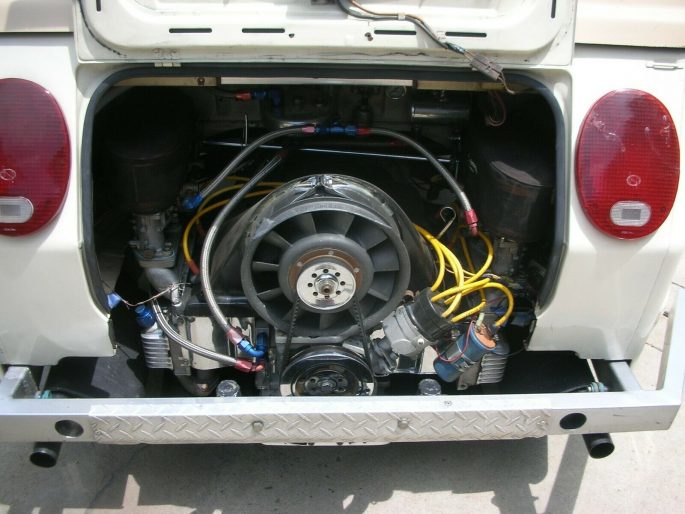 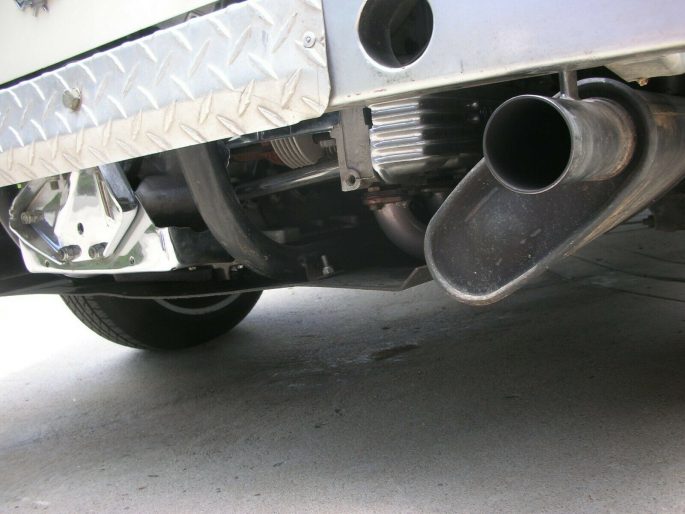 The Songs Of Sherman: This Video Shows Sherman Tanks With Their Various Engines - Radial Continental, Detroit Diesels, Chrysler Multi-Bank, and More! Own A 1965-1966 Mustang? Here's How To Install A Borgeson Power Steering Upgrade Kit! Video -

4 thoughts on “Odd Rod: This 1973 VW Thing Has A 300hp Corvair Flat Six, and Modern Touches To Make It Fun and Functional”