Best of 2019: The Driver That Drove The Wrong Way Up Jackson Dragway And Crashed Into The Tree 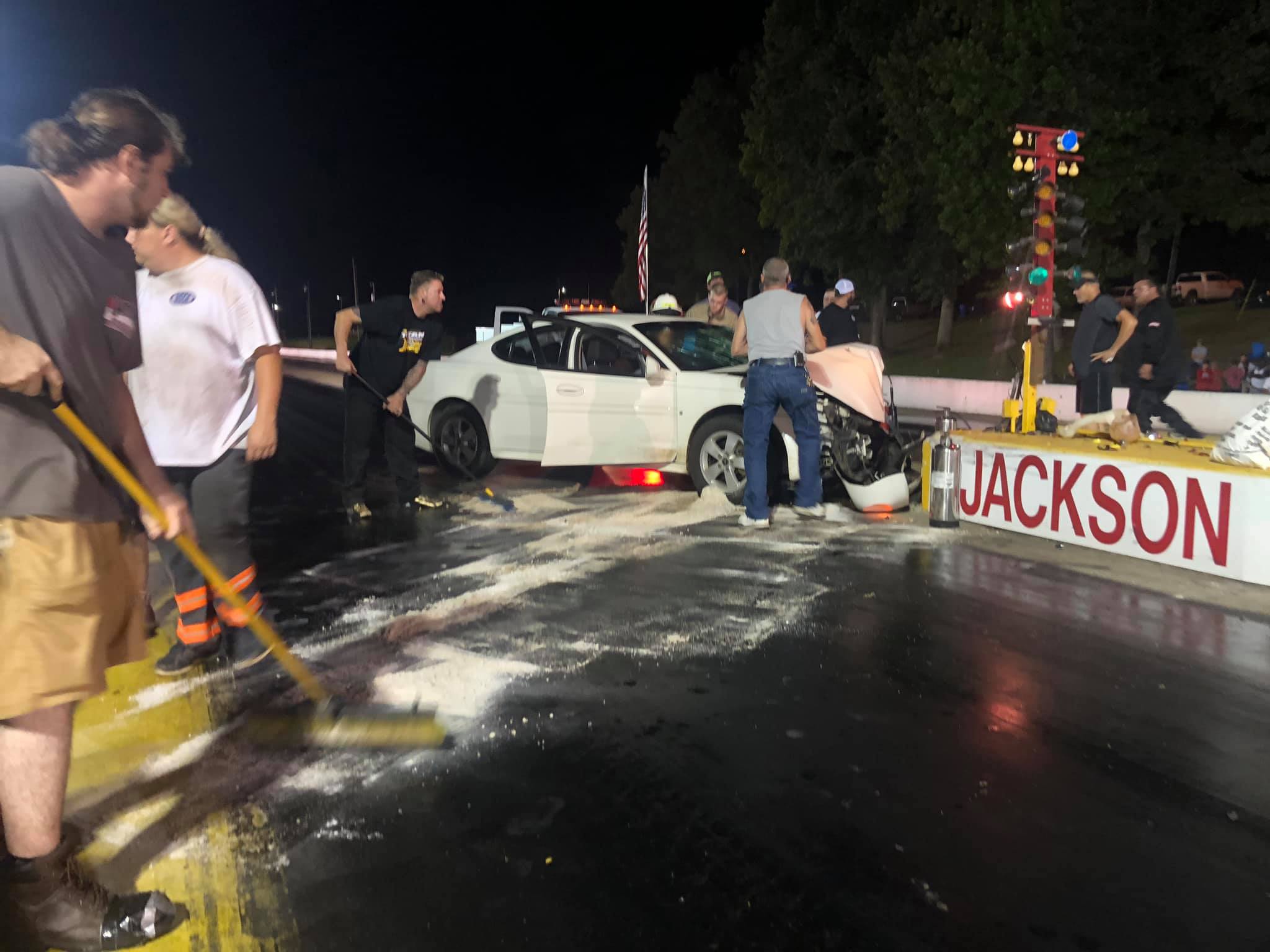 (Lead Photo: Will Kinnard) Lohnes once said that one of his biggest fears at a racetrack was to see a car coming back up the strip towards the tower. As someone who is often around the area between the tower and the starting line for various reasons, I fully concur…the idea of any car heading back towards the tower that isn’t an exhibition setup where that’s part of the program is enough to run my blood ice-cold. Regardless if the scene is like a no-prep where there are tons of people at the burnout area or if it’s just the starter and two crew with the cars, there’s only one way that scene can end…and that was realized at Jackson Dragway in Tennessee last night.

The details are thin on “why”, but as far as what happened, it’s known: while running the Open Outlaw Racing night, an individual in a Pontiac Grand Prix managed to jump the ditch at the end of the track, missing a car that was coming off of the shutdown area, before hauling major ass up the centerline of the track. The driver knocked out every timing cone before going full-on into the Christmas tree at highway speeds. We know that the individual was airlifted from the track for medical care, though at press time we don’t know the extent of their injuries. We know that they were the only person injured at the track. We cannot confirm at this time whether or not two other people in the car bailed out when the driver first went for the track, and we have no confirmation that the driver was either on a substance, nor that a substance was found in the car. The event had to be cancelled as a result.

Being close to the racing surface is dangerous enough. There are multitudes of reasons why you sign the waiver when you come through the gate and plenty more as to why access to the racing surface is restricted. But this incident is so far out of left field that even those controls wouldn’t have helped if anything had been different. Had the Grand Prix driver not gone for the tree, there were two cars ready to stage and two drivers who couldn’t have gotten out fast enough. You’ll see how fast track staff and crew moved once they figured out what was happening. We know many people who for one reason or another, will be in this area of the strip on any given night…this is why you keep your head on a swivel and are fully aware of your surroundings.

Best of 2019: This Rumble-Seat Cadillac Will Always Be Stared At Best of 2019: Somebody Needs To Finish Up This Slammed Jeep J20 Dually!

13 thoughts on “Best of 2019: The Driver That Drove The Wrong Way Up Jackson Dragway And Crashed Into The Tree”