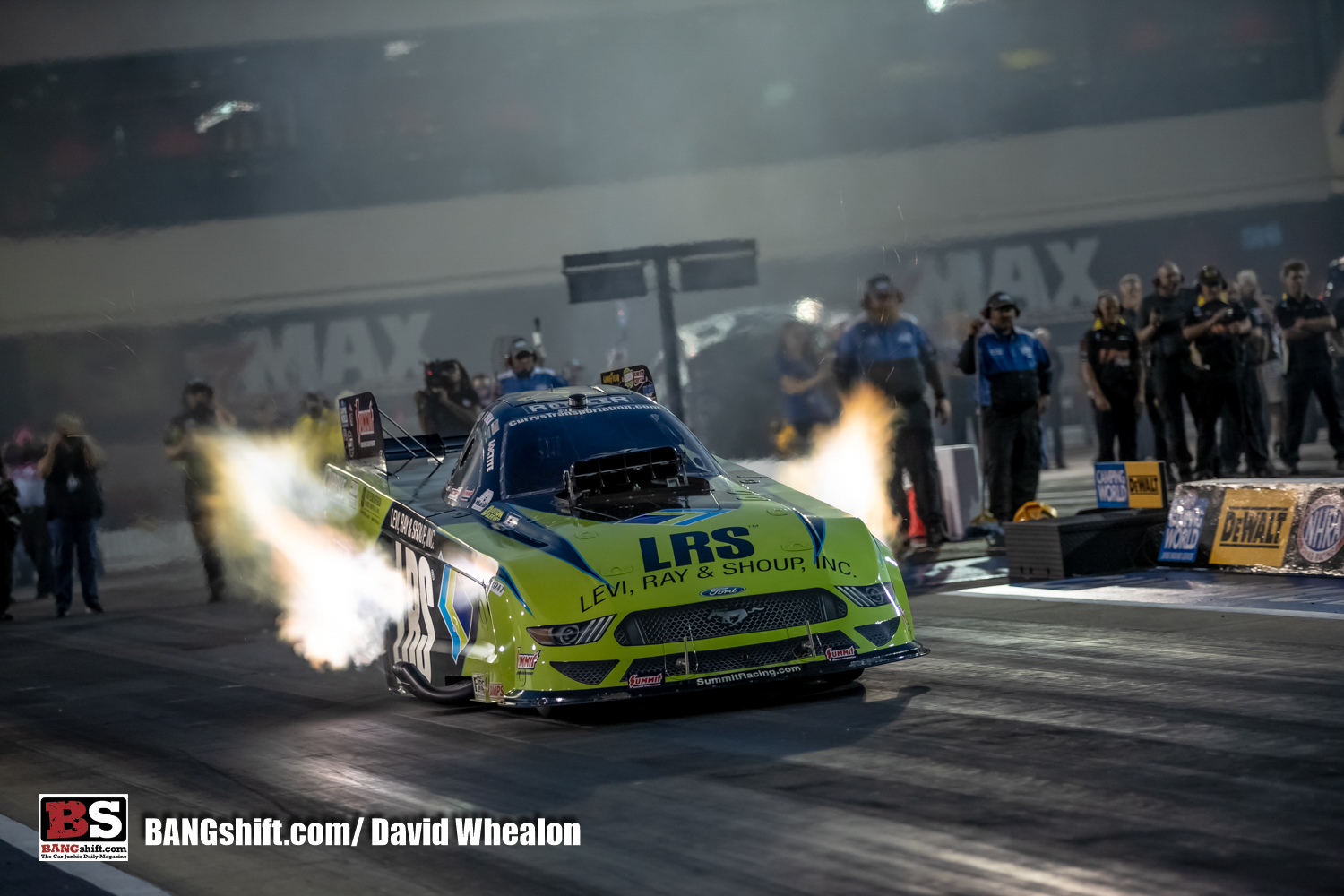 (Photos by David Whealon) – The NHRA schedule has been pretty mental since the US Nationals. The tour hit Indy, went straight to Maple Grove, then onto Charlotte, and it heads to St Louis this weekend. The race last weekend in Charlotte was a real barn burner. Tim Wilkerson grabbed the funny car win, his second in three races and Josh Hart crushed ’em all in Top Fuel. More than 2.5 million people watched the race on TV and they got one hell of a show.

David Whealon was on the wall shooting all weekend long and we’re leading off with his photos of the fuel burning classes and we’ll follow up with the alky and gas burners as this week trucks along. The weather was mint and the track was tuned up. The evening qualifying session on Friday night was a wild one and while Brittany Force snagged another number one, it did not translate into a Sunday win.

Enjoy these images below and we’ll be back with more work from the lens of David Whealon tomorrow!