Watch The Speedy Restoration Of A Porsche 917 Flat 12 Engine 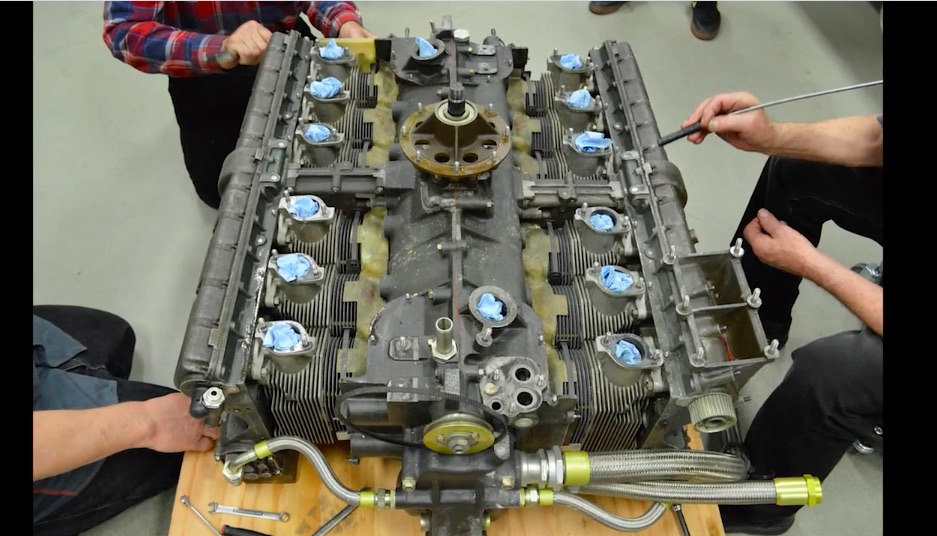 There are certain engines that will stand forever as testaments to the brilliant engineers behind them. The flat 12 engine that Porsche designed and installed in their legendary 917 race cars is one of them. In this video we can watch the speedy restoration of a Porsche 917 flat 12 engine in about three minutes! These engines made more than 630hp naturally aspirated when when boosted they were four digit monsters that dominated in series like the Can Am.

The brilliance of this video is the fact that it isn’t just a hyper lapse of a build. Yes, there are some parts that are cooking along but there are also still photos that hang on the screen long enough for you to really gawk at them. One of the best moments in the video is after the crank drops in and the block is wholly assembled with the 12 connecting rods sticking out like a porcupine’s quills.

We are not sure which iteration of the flat 12 this is but let’s assume it is one of the final “generation” that were making their big power out of just 5-liters displacement. It took us years to really appreciate the glory of these air cooled monsters.

No, this is not a V8 but if the world was ONLY V8 engines it would be a damned boring place. Tipping our BangShifty caps to Porsche and even more to the Canepa racing team for doing this work, we love this video a LOT. The only thing missing is some footage of the car tearing around the banks at Daytona or somewhere else with the hammer down and its tongue hanging out.