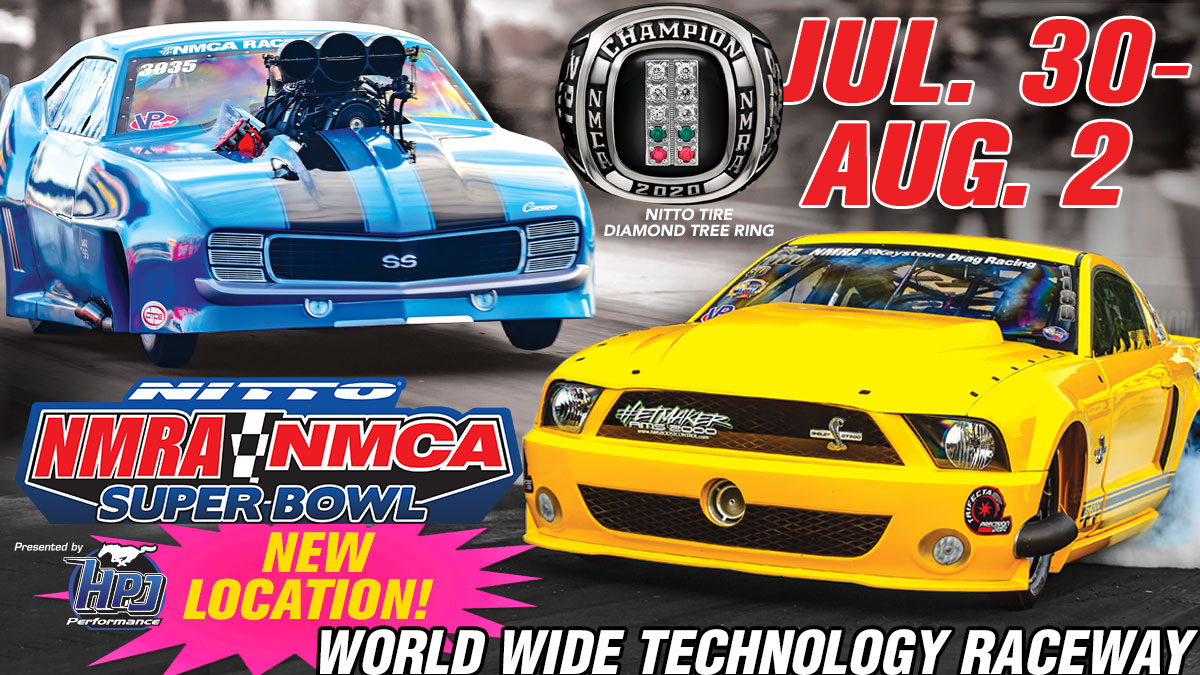 These are the days of making big and bold moves if you’re in the world of racing. In terms of legacy events and making sure they happen, few of them are better than this. The headline, “Nitto Tire NMRA/NMCA Super Bowl of Street-Legal Drag Racing Moves to St. Louis!” may sound shocking to some but to us, it sounds awesome and proactive.

Rather than wait and find out that the Mayor of Chicago had not released Rt 66 Raceway for events, the team at ProMedia moved the race to World Wide Technology Raceway just outside of St Louis. That track has recently opened up for testing and will continue to expand their scope and events in the coming weeks.

The NMRA/NMCA Super Bowl is one of the neatest and best legacy events in modern drag racing. It would have been crummy to lose it in 2020. We applaud the management of the series for making this move to give themselves the best shot of continuing a tradition that has ben existent for decades. Make your plans now!

Santa Ana, CA – Due to the COVID-19 crisis and based on the Illinois regional plan, it is unlikely the Chicago-area will reopen for a spectator event in a reasonable amount of time. The Nitto Tire NMRA/NMCA Super Bowl of Street-Legal Drag Racing Presented by HPJ Performance has been moved to World Wide Technology Raceway outside of St. Louis (Madison, IL) the weekend of July 30 – August 2, 2020.

“We’re very comfortable scheduling an event in the southern part of Illinois for the end of July based on the Illinois Motorsport Coalition reopening proposal that was presented to the state this week,” said Rollie Miller, General Manager and National Event Director at ProMedia Events and Publishing, the parent company of the Holley NMRA Ford Nationals and NMCA Muscle Car Nationals. “Chris Blair and World Wide Technology Raceway are ready to help us pull-off this unique event as both the NMRA and NMCA are getting back to the business of drag racing.”

The relocation of the Nitto Tire NMRA/NMCA Super Bowl of Street-Legal Drag Racing Presented by HPJ Performance to World Wide Technology Raceway has been one of several adjustments to both the Holley NMRA Ford Nationals and NMCA Muscle Car Nationals sanctioning bodies. Due to the COVID-19 crisis the schedule has been revamped a few times.

The two groups split following the All-American Nationals as the NMCA completes its season at historic Lucas Oil Raceway at Indianapolis (Indianapolis, IN) over the days of September 24-27. The NMCA World Street Finals also includes the Chevrolet Performance LSX Shootout and the biggest Nostalgia Super Stock event of the year featuring the Dave Duell Classic and NSS All-Star competition. The NMRA series concludes its championship season at the biggest Ford motorsport event of the year – the Nitto Tire NMRA World Finals + Holley Intergalactic Ford Festival. It’s a pure utopian event for Ford fans with dueling action on the drag strip and oval track. The NMRA World Finals + Holley Ford Fest happens the weekend of October 1-4 at Beech Bend Raceway in Bowling Green, Kentucky.

For more information about the new location and valuable event news regarding the Nitto Tire NMRA/NMCA Super Bowl of Street-Legal Drag Racing Presented by HPJ Performance, visit www.NMRAdigital.com/STL or www.NMCAdigital.com/STL 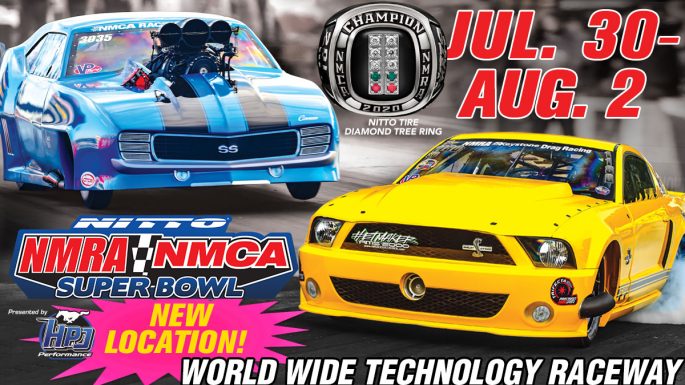 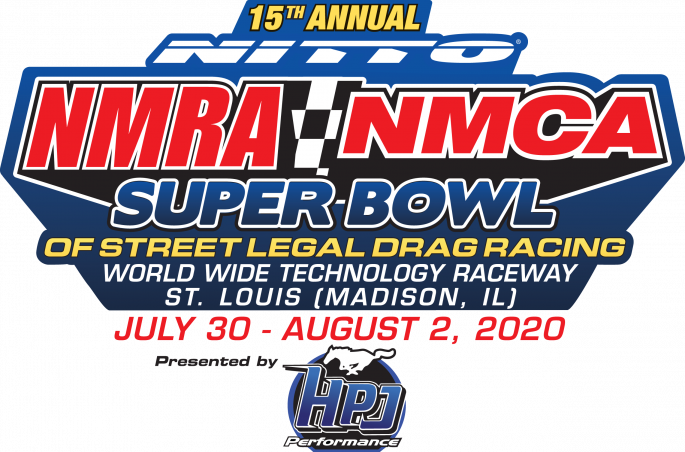 Night At The Museum, Part 2: More In-Depth Looks From The Petersen Museum Beautiful Beast Of Burden: This 1956 Ford F-100 Has An Amazing Utility Body And Is Weathered Perfectly