NMRA World Finals Coverage: Mustangs On The Track and In The Pits At Bowling Green

Oct 08, 2015Brian Lohnes1320 Event Coverage, 1320 Gallery, BangShift 1320Comments Off on NMRA World Finals Coverage: Mustangs On The Track and In The Pits At Bowling Green 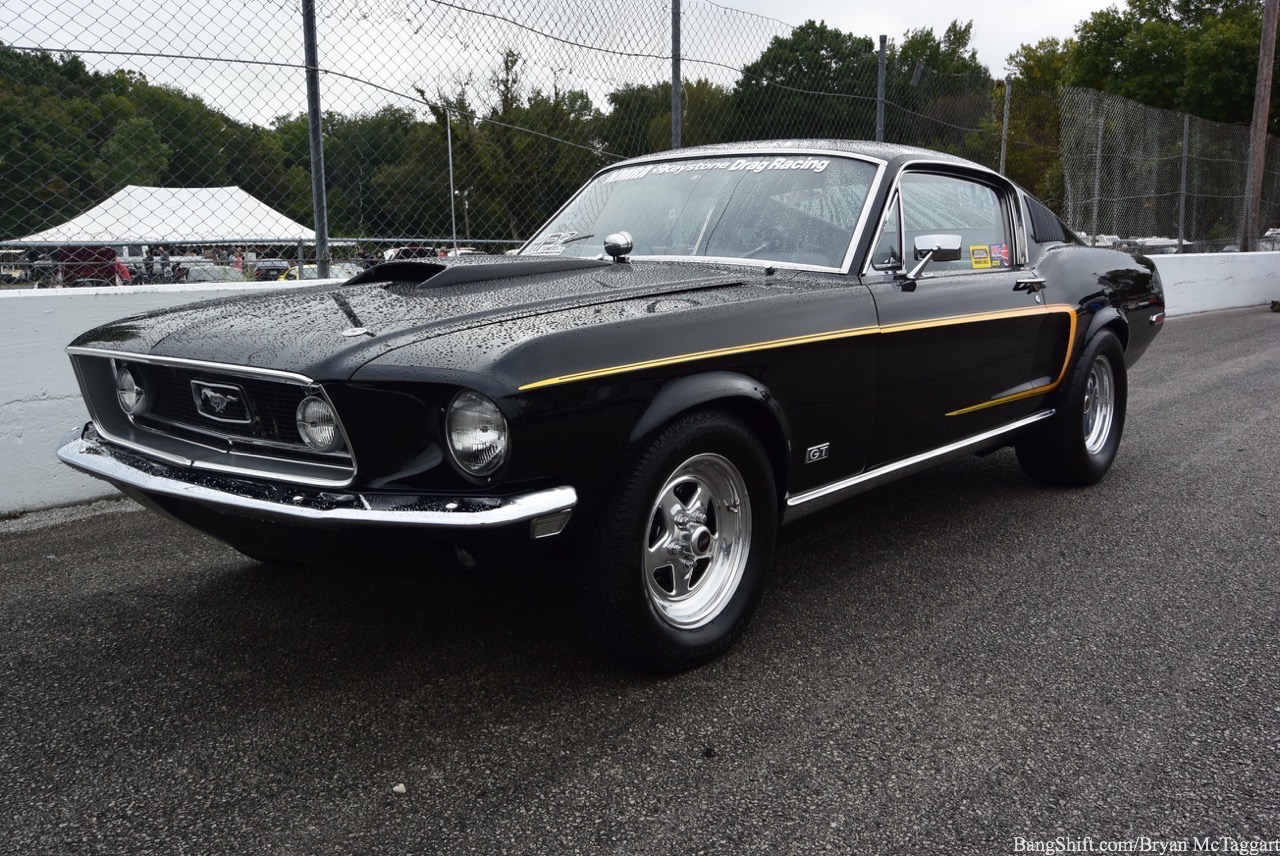 (Photos by Bryan McTaggart) – Like many other races across the country last weekend, the NMRA Word Finals had some moisture to contend with during the event. This meant that the action was at times hot and heavy and at other times, non-existent and soggy. Such is the nature of the business sometimes and the NMRA did what they do and slogged through it, completing their program on Monday (just like the NHRA did up in Pennsylvania).

Wet or not the NMRA World Finals was a huge success because of the sheer numbers of racers and Ford fanatics that showed up. You have seen lots of McTaggart’s hand-work from the event already in the form of some vehicle mini-features and other stuff and there is lots more to come. More features and more blue ovals!

The NMRA World finals stand as the biggest all Ford race in the country and all of the heavy guns that have been chasing points all season long show up and try to earn their titles by laying it down on the historic Beech Bend quarter mile. From small tire, turbo Coyote monsters to the big tire bracket cars, these guys put on one hell of a show and these photos sure do back that statement up.

Own It! This 1976 Greenwood Corvette Sport Wagon Is For Sale - Four Seater Freak! Gravelrama 2015: More Flat Drags Madness From The Massive 4x4 Party