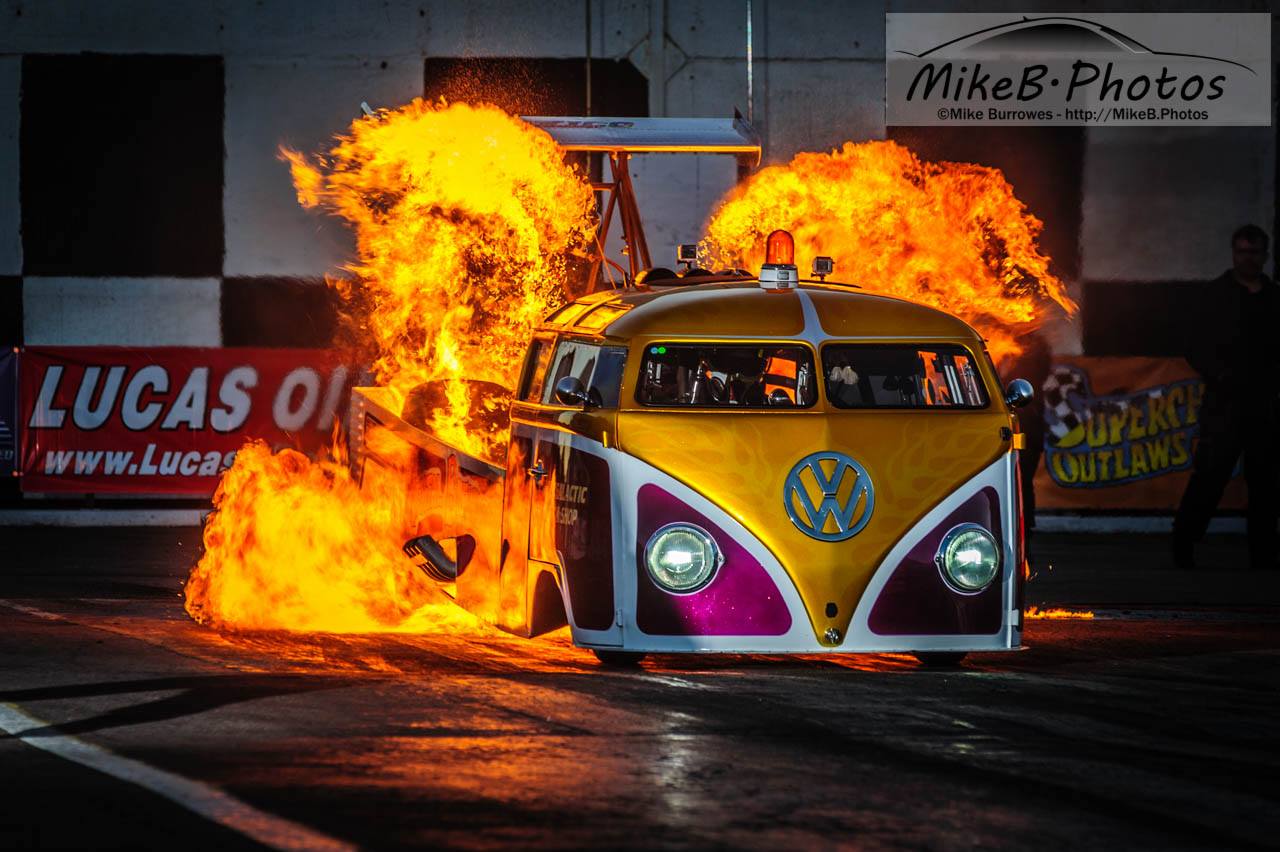 (Words and photos by Tom Pugh) – This year saw the 28th annual running of the Nsra hot rod drags. From what started out as a rwyb hot rod meet has now turned into one of the biggest drag race meets in the country. Held just outside Stratford-upon-Avon at Shakespeare county raceway, the weekend sees several thousand nostalgia drag race fans turn up for the biggest party of the year. 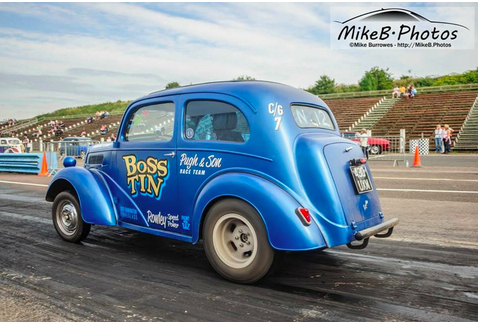 Here’s the car that story author Tom Pugh campaigns himself!

Saturday night sees the Fire burnouts & cacklefest, we might not have the nitro cars like the USA but put drivers in front of a few thousand fans and they tend to get enthusiastic!!

As per recent reports, the future of the track is in severe doubt at the moment, I know for a lot of us having the events anywhere else just wouldn’t be the same. The place might be a bit run down, but everyone is really friendly, the atmosphere for the hot rod events is awesome and lets face it, any track that has a bar that is open until sun rises will be sorely missed!

One thought on “Nostalgia Drag Action: The NSRA Drags At Shakespeare County Raceway In England!”