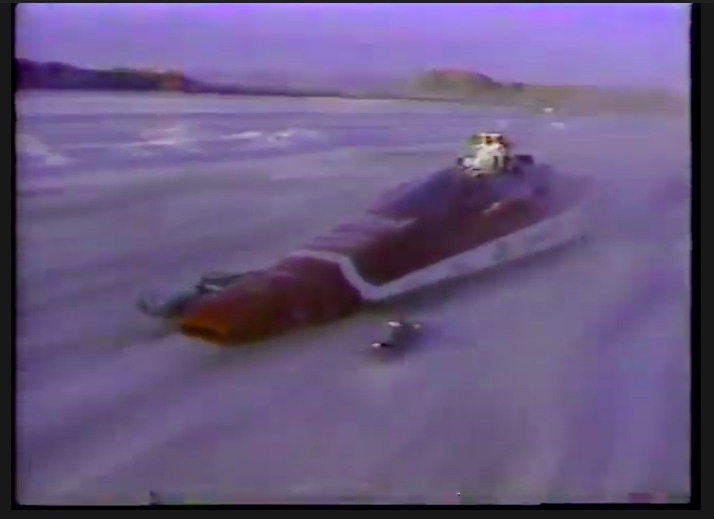 Now this is some awesome time machine action. We’re going to admit to being a little fuzzy on the details of this show called “Motor Mania” which aired on TNN. Supposedly this show aired around 1986 and we’re not sure if it was a pilot that never saw another episode or what. Dave McClelland narrates this trip across America to highlight some of the more unique forms of motorsports happening.

From big rig speedway racing to unlimited snowmobiles, pig in Ford competition, and more. The magazine style show features interviews and some neat footage of stuff we have pretty much only ever seen still photos of. Especially the unlimited snowmobile stuff. There are some insane machines there.

There are no other episodes posted online that we can find which leads us to believe that this was a short lived exercise. Boy it seems like perfect timing to have another show like this one, just to shine the light on some of the more off the wall and awesome forms of motorized competition out there. Hmmm…I might know a guy.

Attainable Fantasy Car: This Review Of The 1994 SLP Firebird Firehawk Reminds Us How Awesome It Was LS Fest 2022 Video Feature: All Aboard The Twin-Turbocharged Twinnebago!