One For Life: A 10-Second Slant Six Duster One-Owner Special 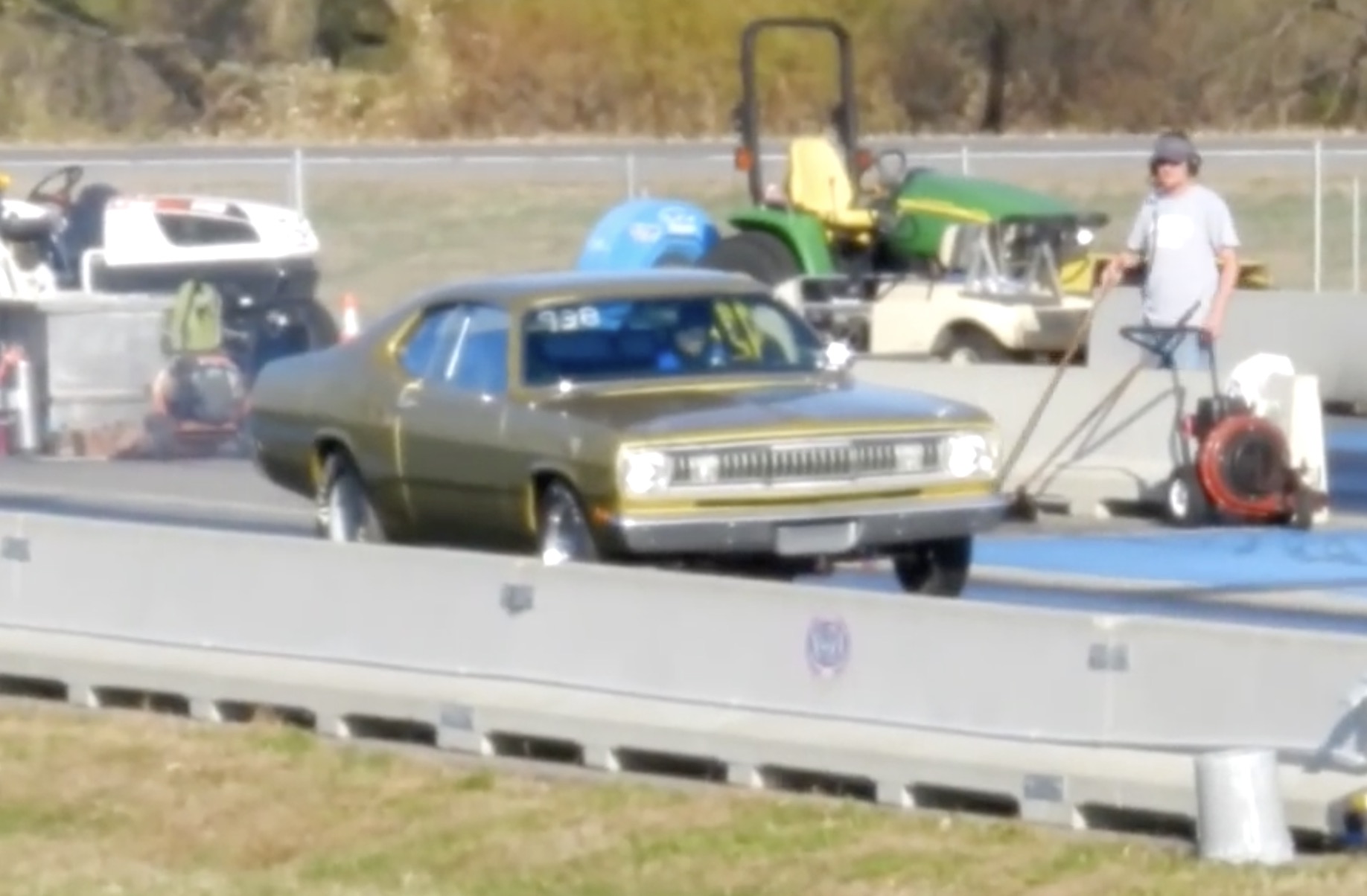 You’d swear that the V8 has been replaced with the turbocharged inline-six, the way a lot of the Internet seems to see things. There is no reason to doubt the reasons why…between the Toyota 2JZ, Nissan RB-series, Ford Barra and even the Chevrolet 250s that South Americans push to the breaking point, there is plenty of ground to stand on for leaving two cylinders off of the menu. But the one that’s lauded for it’s strength and near-indestructibility isn’t often mentioned with “performance” nearly as much: the Slant Six. It’s even upstaged by it’s Australian cousin, the 265 Hemi-6, when it comes to making things work in a swift manner. Most people think of it as the 1970s answer to economy and the 1980s answer to “what’s the base engine we’re putting into this truck?”

Then there’s the random guy out there who actually does something with what they’re given. In this case, you’re looking at a 1971 Plymouth Duster that Steve Nitti owned since new. This was his daily car until it was time to do something with it…so he cleaned it up, whipped up a monster of a six and proceeded to give the Plymouth the retirement from daily duty it deserved after holding up so well. It’s a 262ci unit, which uses a high-nickel 1975 block as it’s base, and it’s ProCharged with water injection and fuel injected with help from FAST.

Ten seconds from a Slant Six Duster that he’s owned since the day he bought it new off of the lot. Steve Nitti wins.

Bonneville Video: Mechanical Music Off Of The Push Truck And Into Infinity Morning Symphony: The Ford GT40 Roadster - One Of Five Ever Made

One thought on “One For Life: A 10-Second Slant Six Duster One-Owner Special”