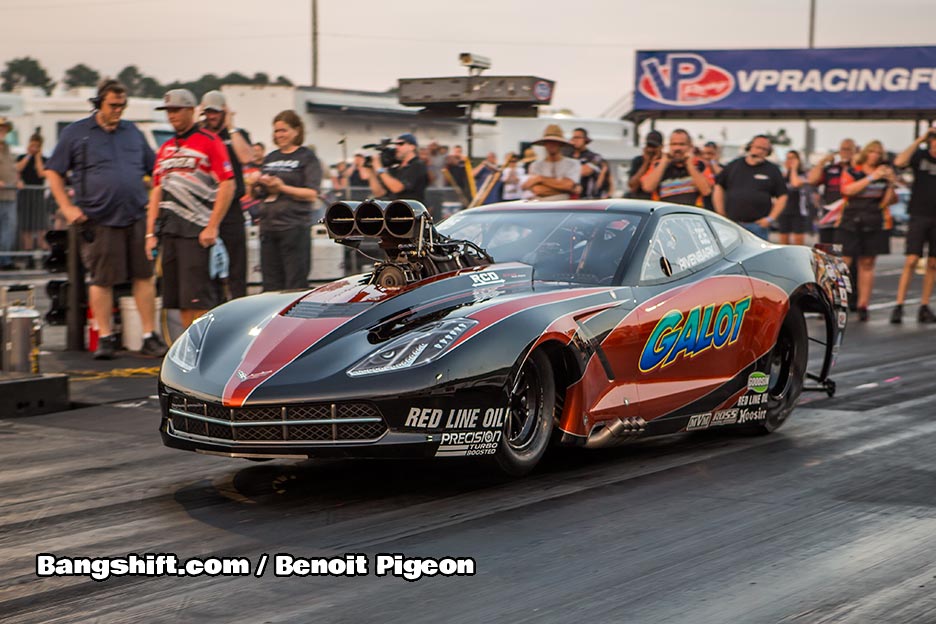 (Photos by Benoit Pigeon) – Yesterday we showed you some great images from PDRA’s famed Dragstock event that was held a short while back at Rockingham Dragway in Rockingham, North Carolina. As we mentioned in the last story, the event has changed and evolved over the years but the basic idea has remained the same. Big car counts, big performances, and big rivalries on the track result in the crowd seeing a great show.

The world of pro mod racing has certainly morphed since the beginnings of the event some 12 years ago with cars becoming more advanced and the racing having been set an eight mile, but the basic idea about two vehicles that “look like cars” battling it out side by side has lost none of the appeal to hardcore drag racing fans that it had at the beginning of the whole madness in the early 1990s.

These are beautiful photos from Benoit Pigeon that depict the violent poetry that is pro mod drag racing. Click them to enlarge and then scroll on through!

Here's One Of The Few Ways BangShift Will Feature A Kia Van: When It's Dropped From A Crane! A Polaris On Nitrous And A Bounty Hill Called "Blue Holler"...Any Guesses On What Happens Next?