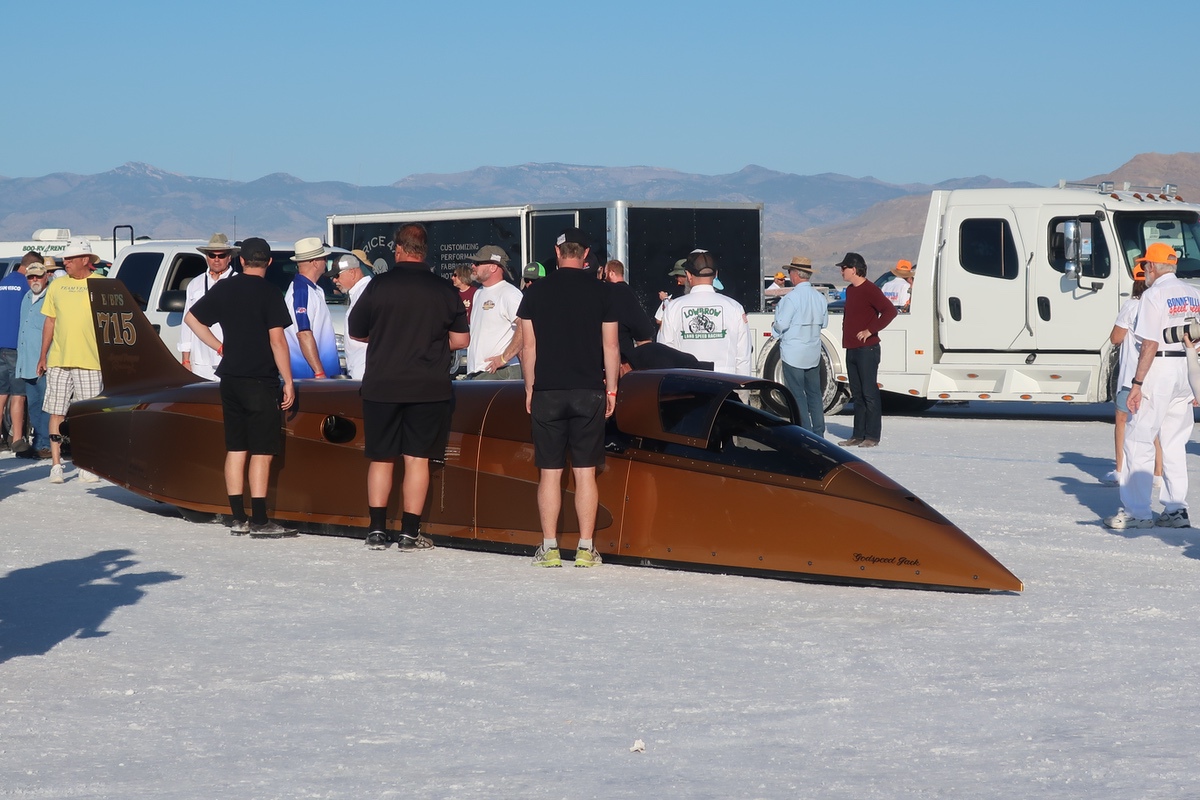 (Photos by the Author) – The guts and temerity of land speed racers have been tested to the maximum possible level at Speed Week 2019. Wet, sopping salt has hampered the efforts of even the greatest teams in the history of the racing genre. Only a handful of cars, literally, crested 200mph. As best we know the fastest runs of the meet have been made by the Speed Demon team at over 300 and even those were hair-raising to listen to as the machine was working the traction control to the max while struggling to gain steam. While those runs were certainly far off the mark for the team’s ultimate performance they were among the most impressive the car has ever made in the given conditions.

With only one operable course for record runs the staging lane queue is immense. Stretching more than half a mile and multiple rows wide, it was an impressive if not imposing sight to all that were on the salt. After the course began to come apart in earnest, SCTA officials ceased racing action mid-afternoon Tuesday and prepared to restart on Wednesday morning on a new course.

Only about a half dozen vehicles, mostly motorcycles have qualified for record attempts on Wednesday.

Comebacker: This Pontiac T1000 Has Been Prepared For A Small Block Chevy - Prepare Yourself For It! Vintage Video: An Awesome Look At The Long Gone Minnesota Dragways - Amazing Stuff