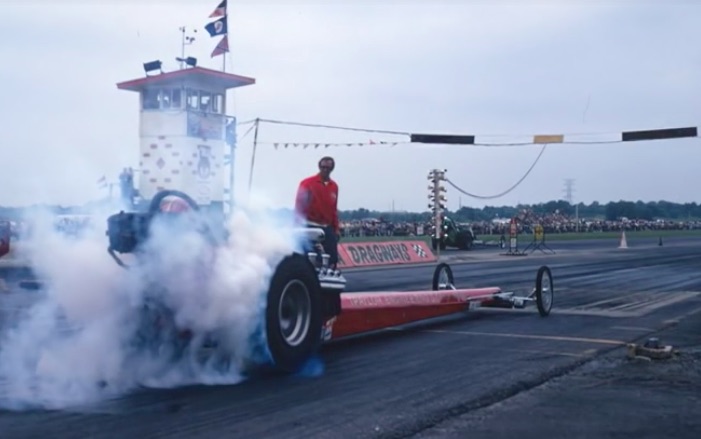 History being what it is and the internet being what it is, we love taking the time to find stuff that shows off awesome places that many people may have forgotten ever existed in the first place. Today that’s the long gone Minnesota Dragways, a strip that is now a residential neighborhood in Anoka, Minnesota.

Minnesota Dragways was one of hundreds of strips that were closed in the most bleak decade of drag strip operation the sport has ever seen, the 1970s. Many of you will laugh at the notion that more tracks closed in the 1970s than in any other decade but you’d be wrong to do that. Between Vietnam, multiple gasoline shortages, rising taxes, advancing urban sprawl, and a decline in interest, drag racing and its facilities took it on the chin back when polyester was born and the music was, well, different.

The weirdest thing about the history of Minnesota Dragways is that even though it operated until 1976, the track operators knew it was a dead duck in 1970 as they have effectively agreed to put themselves on a six year timeline to closure. Why? A lot of times deals like that are made to preserve the track’s operation for the short term in the hopes that it can be extended down the line.

What killed the track? Noise and urban crowding that caught up to the place’s formerly serene location. Local hot rod clubs opened the track in the late 1950s and by any measure, a 20 year run is nothing to shake a stick at in terms of a strip’s lifespan.

Who knows, if Minnesota Dragways had not been chased out of business we could be running the NHRA Lucas Oil Nationals there this weekend instead of hours north in Brainerd!

One thought on “Vintage Video: An Awesome Look At The Long Gone Minnesota Dragways – Amazing Stuff”