Why’d They Do It? This Popular Mechanics Story About The New 7.3L Ford Gas Engine Is Great 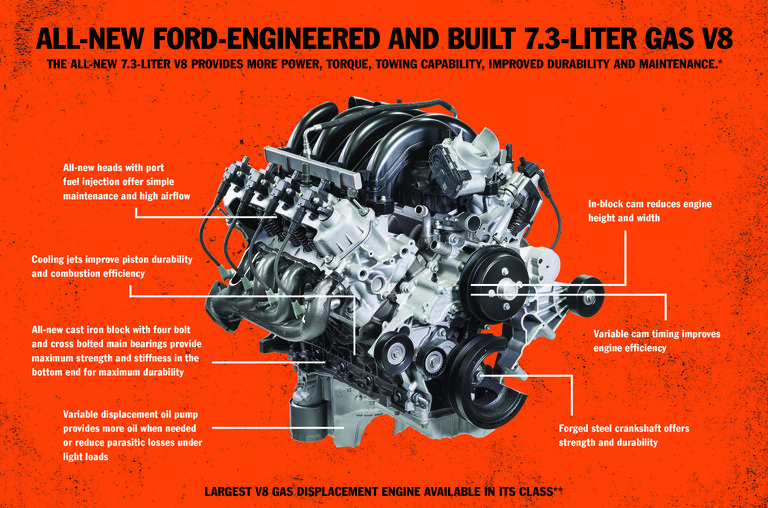 It was probably the biggest automotive surprise of the last calendar year. It’s probably the last big block gas V8 any company is going to build, and it’s probably going to be a pretty bad ass truck engine that racers will latch onto quickly. Yes, all of those things are being said in regard to the engine that the blue oval brand announced it would produce a few months ago. A lot of stuff has been speculated about the hows and why of the engine but this Popular Mechanics story about the new 7.3L Ford gas V8 is great.

To get the engineering perspective about why they did this, to get some of the insider information on what methods they are using to toughen the thing up and make it live, and to generally get some of the WTF?! questions answered is cool.

It takes a lot of guts for a company that for all intents and purposes eliminated cam in block engines about 20 years ago to decide to clean sheet one for use in trucks, so we give Ford lots of credit for this. We give the engineering team that had the balls to pitch it even more! When you read the story, pay attention to how they are brining some diesel engine technology into this 7.3L worker and why they are doing it.

No one can proclaim an engine that has never been seen or used in public a great success before it does anything. We’re not doing that. What we can proclaim is the fact that Ford took a common sense approach to this and the result seems to be one of the most common sense solutions to come out of Detroit in a long, long time. 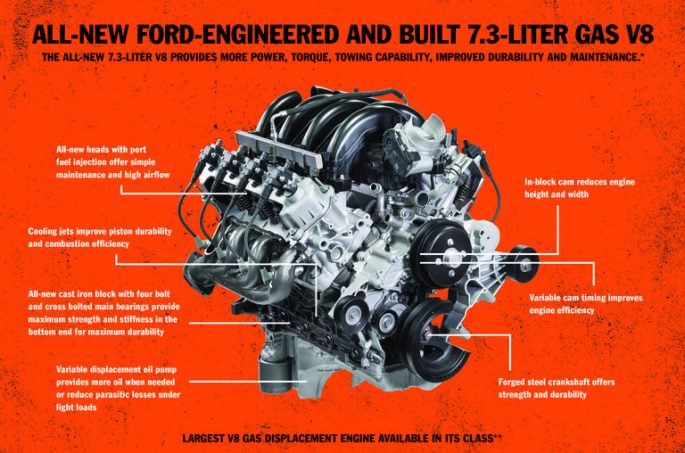 12 thoughts on “Why’d They Do It? This Popular Mechanics Story About The New 7.3L Ford Gas Engine Is Great”