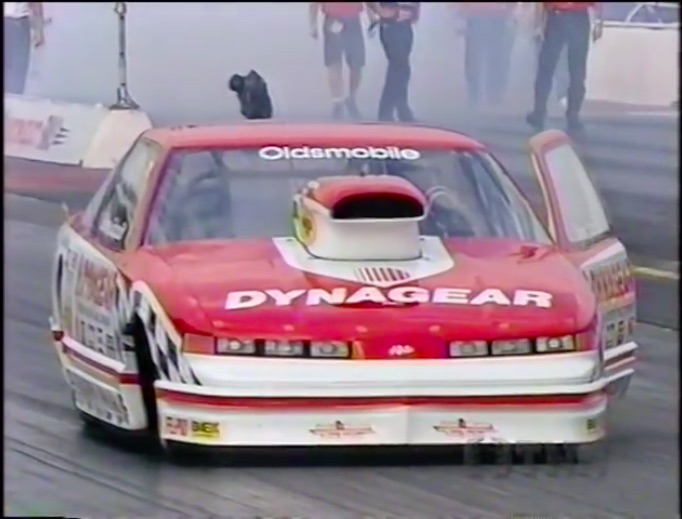 It has been a good long while since we have seen anything even remotely comparable to what you are going to see below. This video comes from the DaveW YouTube channel and it is an amazing pull from the 1995 NHRA World Finals and it shows all of the extreme shenanigans that were happening in the class during eliminations. Obviously “team orders” are not new in drag racing.

Match racers have had their “you get one and I get one” deal forever, 1970 at Gainesville the boss of the Candies and Hughes team told his hired driver to take a nap on the starting line, and we have seen examples over the years of a car chasing points beating a team car that was not in the hunt, but this? This is amazing. So amazing that Steve Evans goes on what my be the greatest drag racing television announcer rant of all time. He takes the whole scene to task and even mocks the drivers as they are doing it. Epic stuff!

Between the multiple “on purpose” red lights, the weirdly delayed launches that resulted in “hole shot” wins by slower cars, and all the rest of it, it’s a reminder that things were not always better  back in the day. Pro Stock has many multi-car operations, or operations using the same engine provider but we have not seen people just bend over like this in years. Just look at the elapsed times over the first three races of the NHRA season, people beat each other’s brains out these days.

Proper Restomodification: This 1961 Ford Galaxie Starliner Is How You Hide Major Work! Rough Start: A Dodge Colt With An Evo Kick - Don't Ignore The Micro Machine!