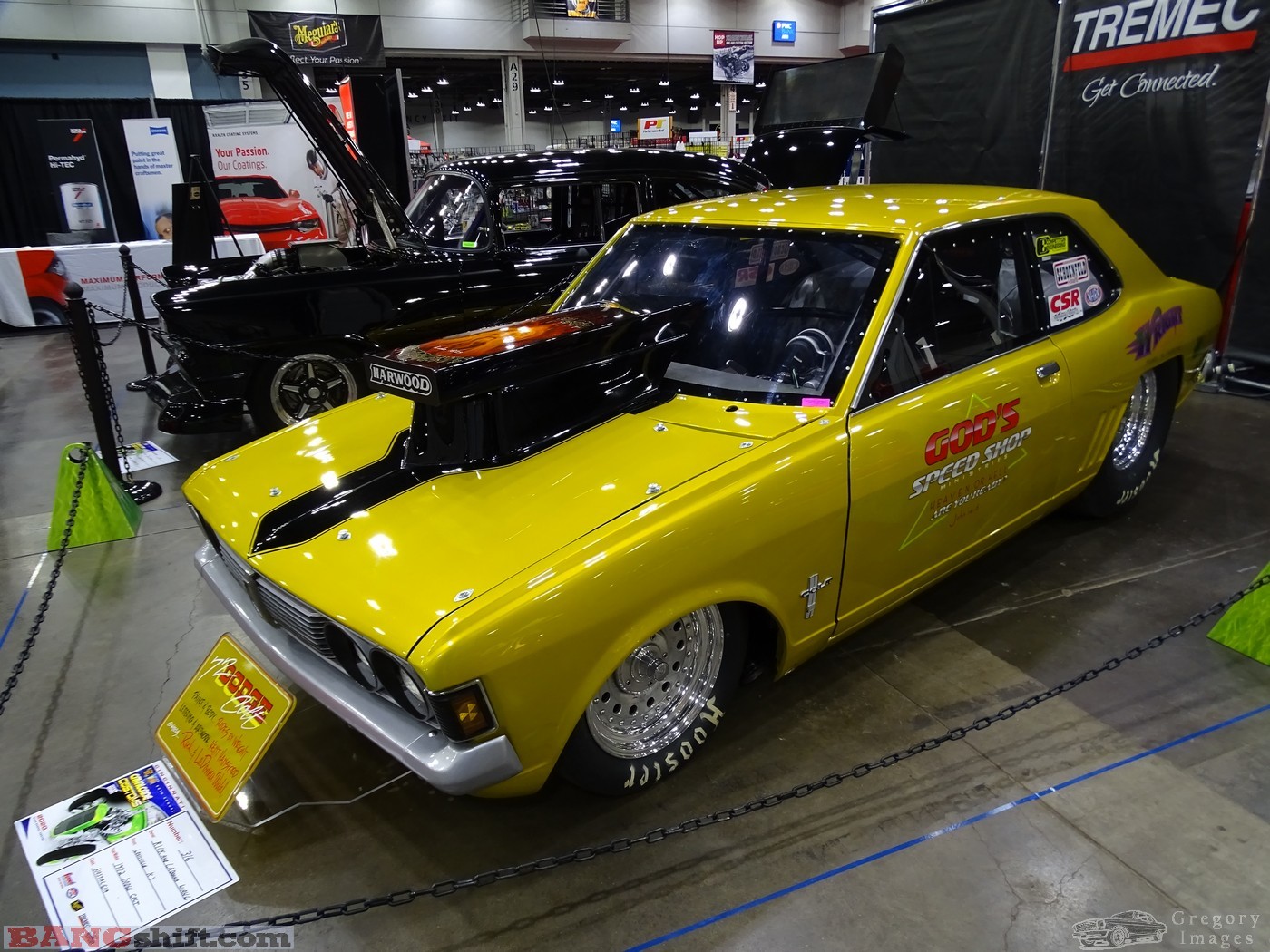 (Photos and words by Doug Gregory) – Race cars, pace cars, Pro Street, and more.  These are cars that parade, some that go around turns, and many that go quick in a straight line.  There were more than a few early GMs with late-model power dropped between the frame rails to provide trouble-free beast mode.  A ’69 Camaro corner-carver instead opted for a SBC using EFI on a crossram manifold.  Not exactly old school, but not late-model power either.  I like.

The stack-injected red Mercury was making folks’ eyes pop and as it left the building those zoomies had the song of our people echoing off the surrounding structures.  Two vehicles I really wanted to capture ended up not turning out.  Every image of Mike Wagner’s Shelby Daytona replica and his streamliner project were messed up in one way or another.  Mike had the Daytona in the Summit Chop Shop putting all new Holley EFI and such on it.  The plan was to fire it for the load out, but the battery wasn’t having it.  The thing fired up once they got it back in the shop and supplied the proper voltage.  I’ve been following the streamliner build from the first drawings and last year brought you some images of the bare chassis.  Now the suspension is built (not bought) and the sub structure for the body is coming together.  It’s been a while since I did a shop tour of Cornfield Customs so I’ll schedule something and bring you everything that’s in the works.

Still more to show so keep checking in.