Race Everything! The Street Eliminator UK Has Some Quality Oddballs 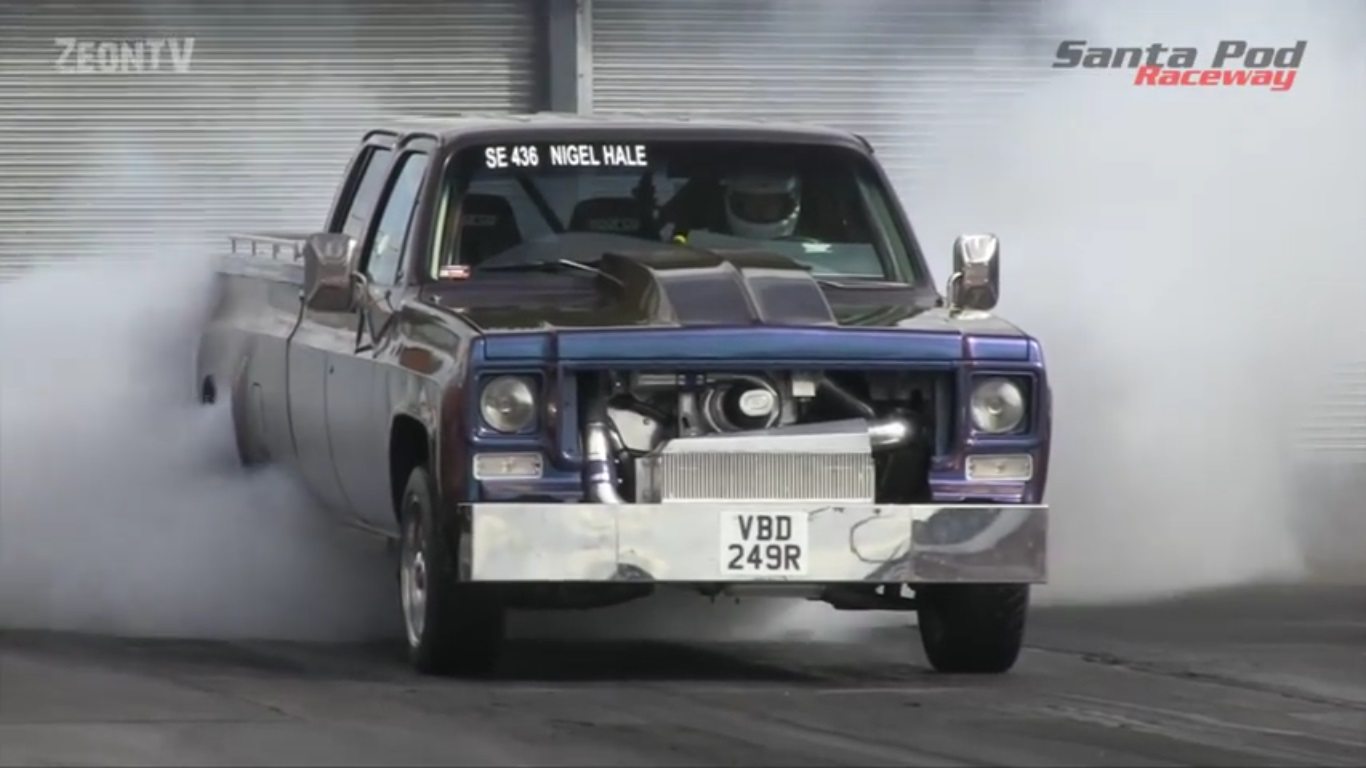 The biggest place to go drag racing in the United Kingdom is the old air base-turned drag strip at Santa Pod Raceway. With a fairly bustling racing scene, that makes for a fairly packed schedule during the year and while the Topspeed Automotive Street Eliminator UK class doesn’t have huge numbers, they do make up for it with quality. While there are a couple of seven-second cars in the field, the small bracket also includes Nick Hale’s nitrous-fed, 434-cubic-inch Small Block Chevy Mercedes 280CE and his brother’s procharged, 573 cubic-inch Big Block Chevy-powered dually Chevy C10.

Martin Smith’s seven-second Bentley Continental GT broke so he had to run his “other” car, a classic Dodge Charger. Scotsman David Murdoch did turn up with his twin-turbo, big-winged Willys that runs deep into the 7s. The overall outcome in the National Finals isn’t particularly surprising if you see the huge qualifying spread, but we’re just glad to be able to see the glory of a C10 that would look at home on a farm in Nebraska hauling down Santa Pod in under 11 seconds.

SEMA 2016: Will The Steel Bodied 1967 Buick Street Funny Car From SEMA 2015 Be Topped? 2016 Gran Turismo Awards Registration Is Open! Will Your Car Be Immortalized In The Iconic Game?

3 thoughts on “Race Everything! The Street Eliminator UK Has Some Quality Oddballs”