Not Good: Watch This Racer Suffer A Nitrous System Failure, Filling The Car With Gas! 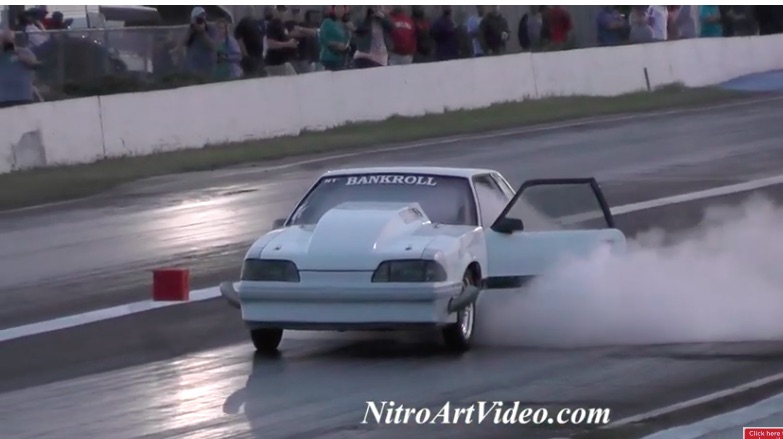 This is a crazy one right here. During a recent grudge race in the Carolinas, the driver of this Mustang quite literally got a face full of the very nitrous that was supposed to be headed into his engine. That’s bad for a bunch of reasons but perhaps the largest is because it can kill you. The stuff in the bottles that you want in your engine is not exactly the stuff from the dentist’s office. It is denatured in a sense, meaning that it has been tweaked to make it unfit for human consumption. Being in a massive cloud of it ain’t good and that’s why there are rules on the books for stuff like bottle vents being directed down through the floor of the car.

We’re not sure if a bottle here failed or a valve failed but either way, one of the bottles in this car car vented seemingly all of itself into the interior. The driver gets the car slowed down quickly and gets the door flung open, allowing the heavier than air gas to escape. It is amazing to watch the clouds of it roll out the window. We’re going to guess that the dude was holding his breath because if he had inhaled all the stuff full force we’re thinking that he’d be in a bad way.

After his crew shuffles down to the car, he gets himself back together and fires the Mustang up, cruising it down the track like no big thing. We’re glad the dude is OK and we’re going to guess that there’s now a vent on the bottles to carry the gas away and outside of the car if this ever happens again.

Old Fiat 500 Plus Hayabusa Engine Equals BangShift Approved! This Thing Is Evil! Video: Looking For A Hardcore Spindle To Fit Your Hardcore Competition Car? The RideTech C5/C6 Track 1 Modular Spindle Is It!

7 thoughts on “Not Good: Watch This Racer Suffer A Nitrous System Failure, Filling The Car With Gas!”