Century Of Speed: This Rajo Intake Manifold/Exhaust Header Is A 100+ Year Old Relic Of Horsepower Making 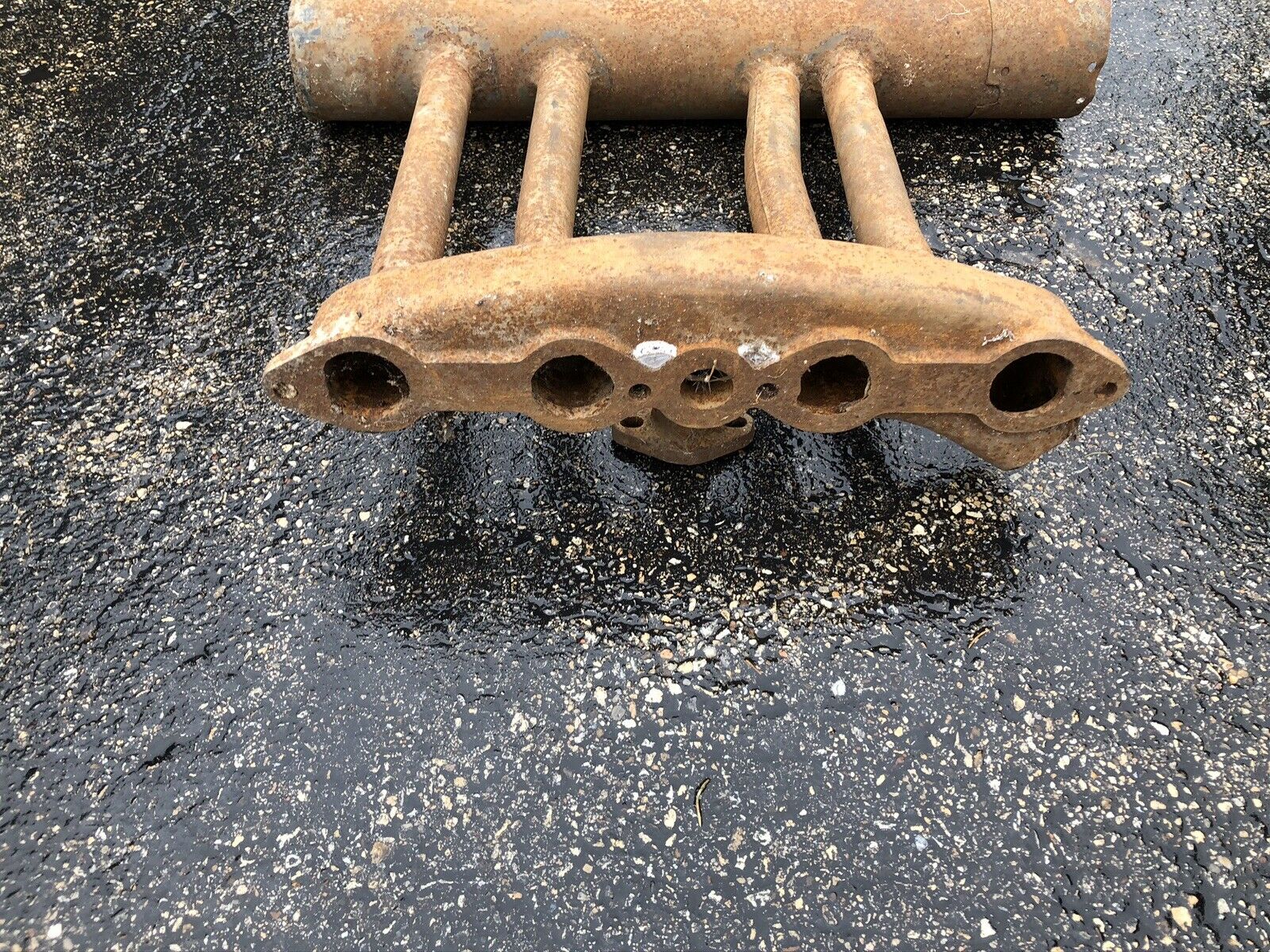 When it comes to names in the high performance industry, Rajo Manufacturing Company of Racine, Wisconsin stands tall. Why? Because the company existed before there was even the faintest idea of having such as thing as the “high performance industry”. “Rajo Joe” Jagersberger who was a racer and an employee of J.I. Case had been dabbling in making parts and modifying Model T engines for more power, but a 1911 racing accident cost him his leg and driving career and set into motion the wheels that would carry him out on his own in 1914.

With a west coast salesman and his dedicated midwestern customers, Rajo Joe was making his vale-in-head conversion cylinder heads about as fast as he could turn them out and when you build a new four port head that effectively changes everything about the Model T engine that it was resting on, the intake and exhaust side of things needed to be dealt with as well. That’s where this part comes in.

This is the combined intake/exhaust manifold that was supposed to be used for max performance with your Rajo head. As crude as it looks, we think the thing is impressive, especially for something that is over 100 years old. There’s rust, it needs work, and it’s not the prettiest thing but we’re pretty sure finding another one like this is a hard thing to do.

You can see where the updraft style carb bolts to the flange at the bottom and you can also see the four evenly spaced ports that the head would be spitting exhaust out of into this header. We cannot say for sure we know why it’s as long as it is. We’re guessing that dyno testing was not exactly the order of the day when this was built, so we’re guessing it was decided that the car ran the best with this length of primary tube and the big can stuyle collector.

The welding, however crude has held together for a century. And that is a century of a pretty good weight hanging off those welds on the cast iron manifold! This whole thing rules.

eBay: This Rajo intake/exhaust header for a Model T is a 100+ year old speed part – 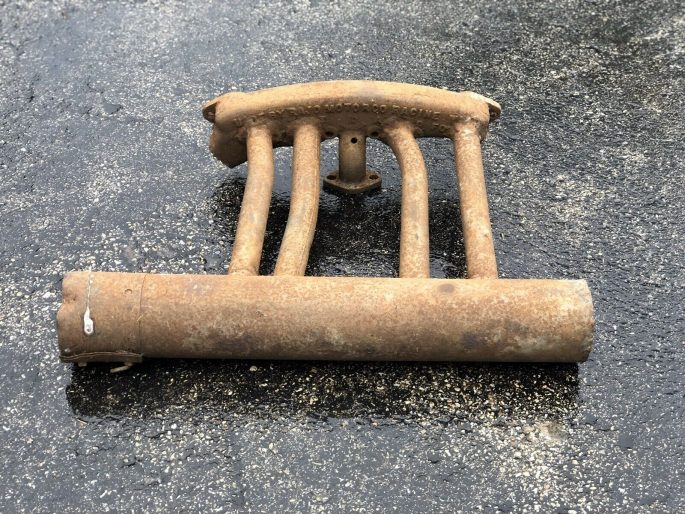 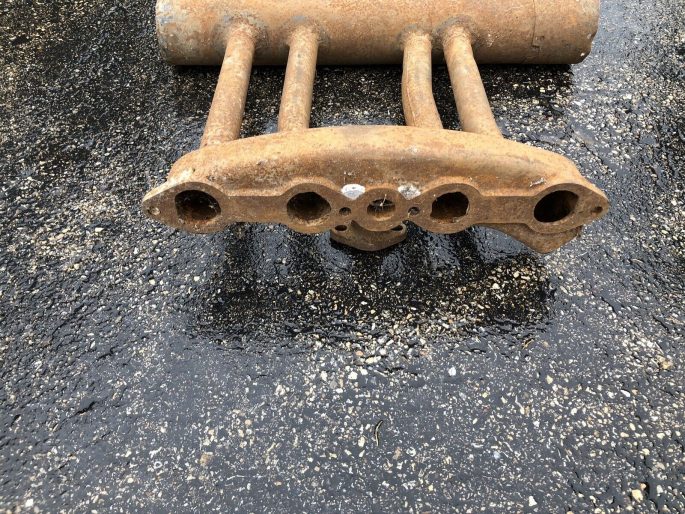 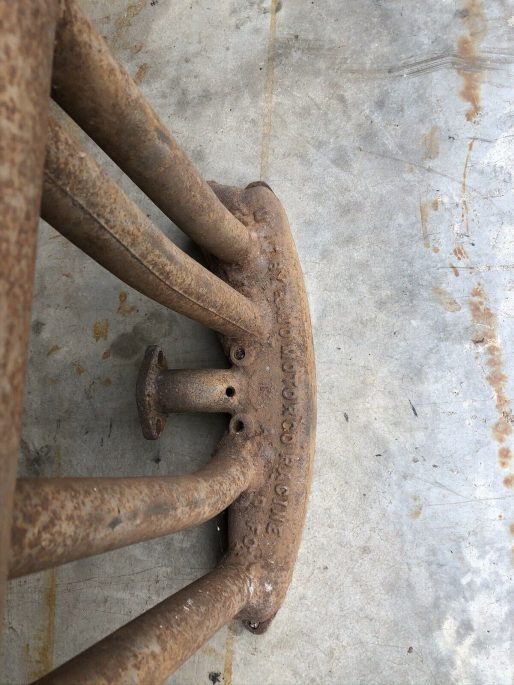 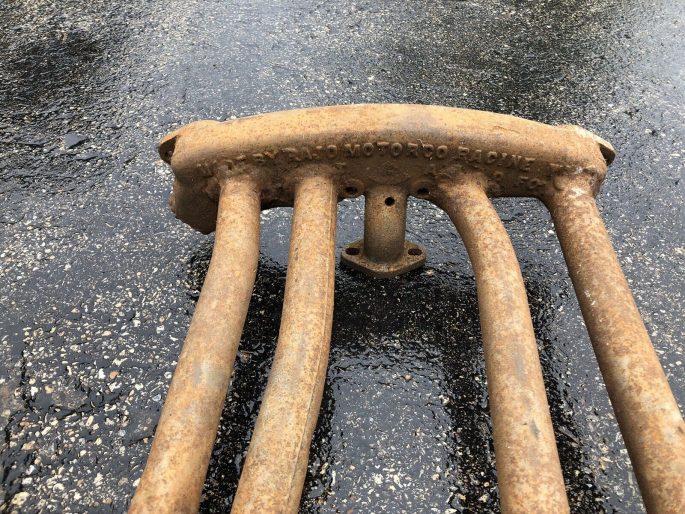 Homemade Heroics: Watch A Wild Vertical Take Off Airplane Get Built At A Guy's House In 1950s America Watch A V12 Ferrari and a V8 Powered Lotus Battle At Goodwood - Jimmy Clark Drove The Lotus When It Was New!

One thought on “Century Of Speed: This Rajo Intake Manifold/Exhaust Header Is A 100+ Year Old Relic Of Horsepower Making”