Watch A V12 Ferrari and a V8 Powered Lotus Battle At Goodwood – Jimmy Clark Drove The Lotus When It Was New! 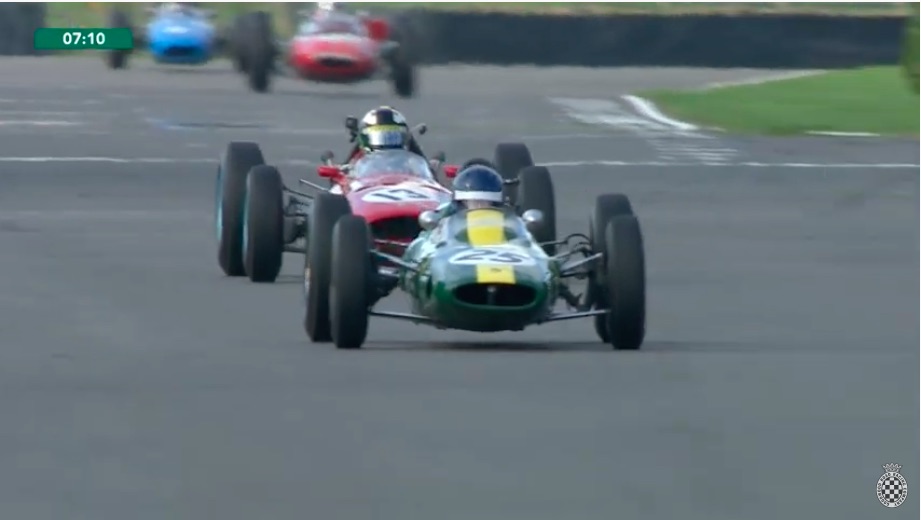 This is vintage racing in its absolutely finest form. You are about to se a V12 Ferrari Formula One car and a Coventry Climax V8 powered Lotus race the wheels off of each other at Goodwood in England. The drivers are all over each other and the cars are working as hard as they possibly can. This is legitimately like watching F1 racing in the 1960s and it’s about the coolest thing you will see on the internet today.

Both of these cars come from the 1.5L formula period of Grand Prix racing so that means BOTH of the engines measure to a measly 1.5L, even the V12! The engine made about 220hp at 12,000 RPM. It uses a tiny bore and stroke of 2.2″ bore and 1.98″ stroke. Yes, we realize that your hot rod has larger intake valves than that engine had bore! The V12 with the Tom Thumb sized bore and stroke allowed for those big revs and more power. The Coventry Climax V8 is another fairly neat story. Coventry Climax was a company that made small industrial engines for things like mobile water pumps, fork lifts, and other un-sexy stuff. They were contracted by the government to make a compact, light, and relatively powerful engine for a the aforementioned mobile water pump. This engine was discovered by racers and next thing you know, Coventry Climax is building and developing racing engines! Their V8s were a good match for the Ferrari mills, at least for a period.

These drivers are skilled, brave, and employing skills to control these cars that many modern racers have never had to employ while driving anything, let alone while letting it all hang out in competition. So much fun and so cool to see living history!

Century Of Speed: This Rajo Intake Manifold/Exhaust Header Is A 100+ Year Old Relic Of Horsepower Making Classic Toy Ad: This Tyco Stick Shift Racing Set Looks Like It Would Have Been Huge Fun In The Day!

One thought on “Watch A V12 Ferrari and a V8 Powered Lotus Battle At Goodwood – Jimmy Clark Drove The Lotus When It Was New!”