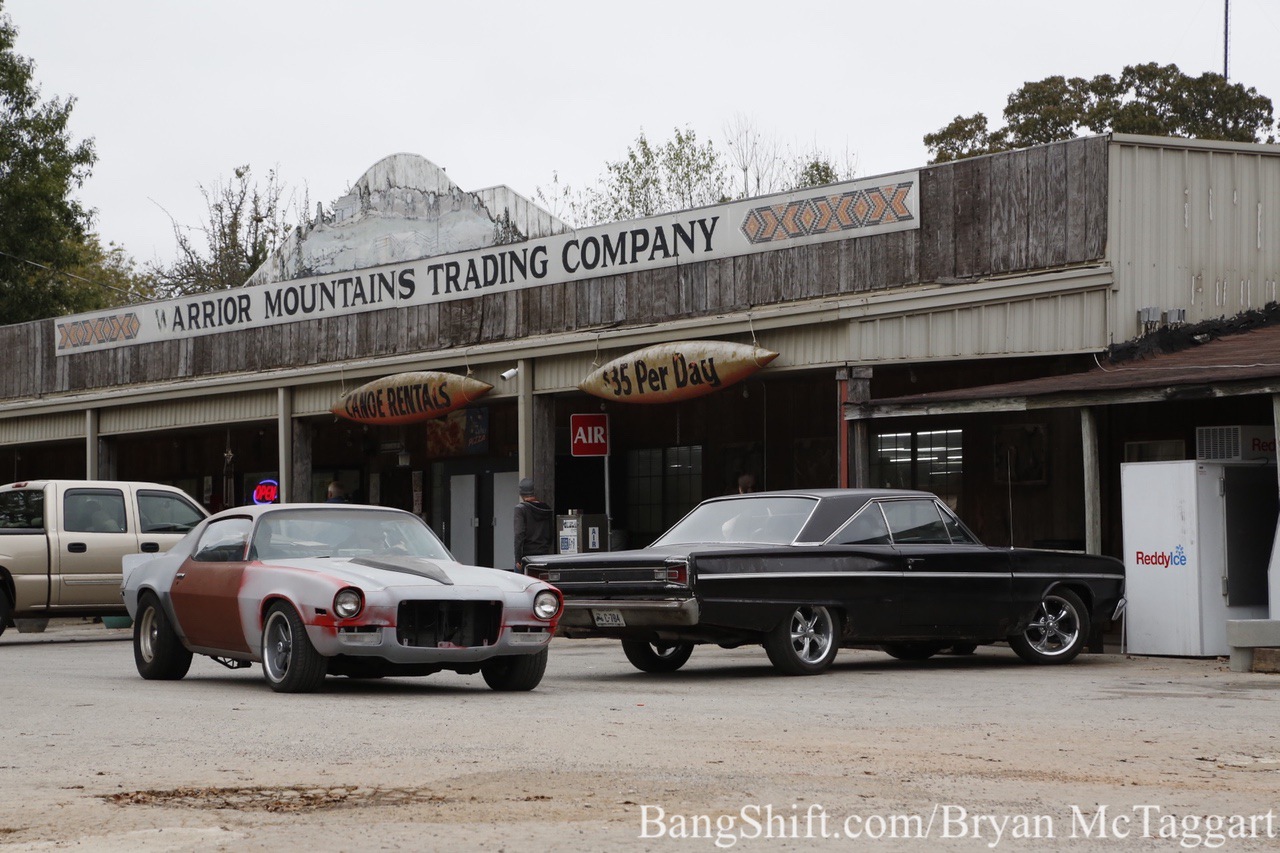 We hoped that the weather pattern that was splitting Alabama right at the middle would simply drift off to the east, because as the morning carried on, things did not look good. We’d get mist…then a light shower…then nothing for a bit. Then it’d mist again. Austin was holding onto hope and for once, so was I. Usually, I’m a weather skeptic, but I wanted the moisture to eff off so that we could have some fun at Jake’s Dragstrip later on in the evening. People didn’t drag their cars in from Missouri, Texas, and the Eastern seaboard just to sit and watch the rain fall, y’know?

Happily, luck would be on our side. As the cars pulled back into the dragstrip after the cruise through the Bankhead National Forest, it was evident that the rain, mist, whatever it was had ceased. The track workers were making sure that the surface was good and Austin…well, he was underneath his Dodge Coronet, trying to figure out why his transmission quit playing along. Everybody else was told to get ready, because fun time was really going to kick off.

Originally, there were three classes, but due to the turnout, two classes were merged into one. This left Gladiator Street, which is where the standard cars that you’d find on the street easily enough, and the Barely Legal and Bandit Street classes paired off to battle, which allowed heavier modifications, aftermarket blocks, whatever tire, any fuel…as long as it’s a car, bring it on.

The temperatures were cool and the sun was going down quickly…and the cars were just hitting the track. Stay tuned for more from northern Alabama! 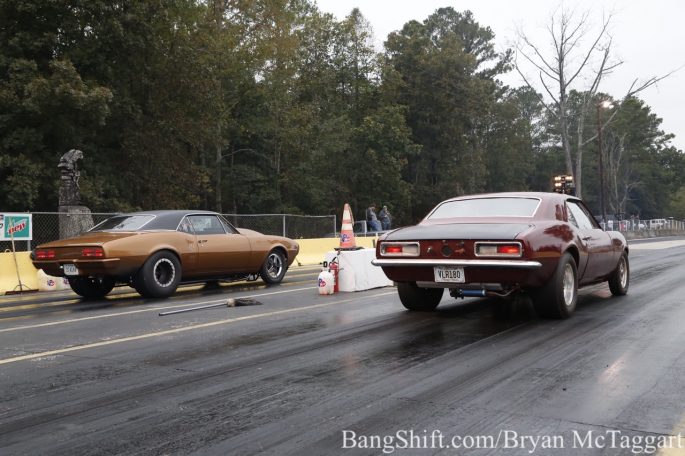 Classic YouTube: The History Of The Ford Falcon GTHO - Ford Australia's Historic Stomper! Would You Rather: Slammed Caravan Or Lifted Aerostar?