Would You Rather: Slammed Caravan Or Lifted Aerostar? 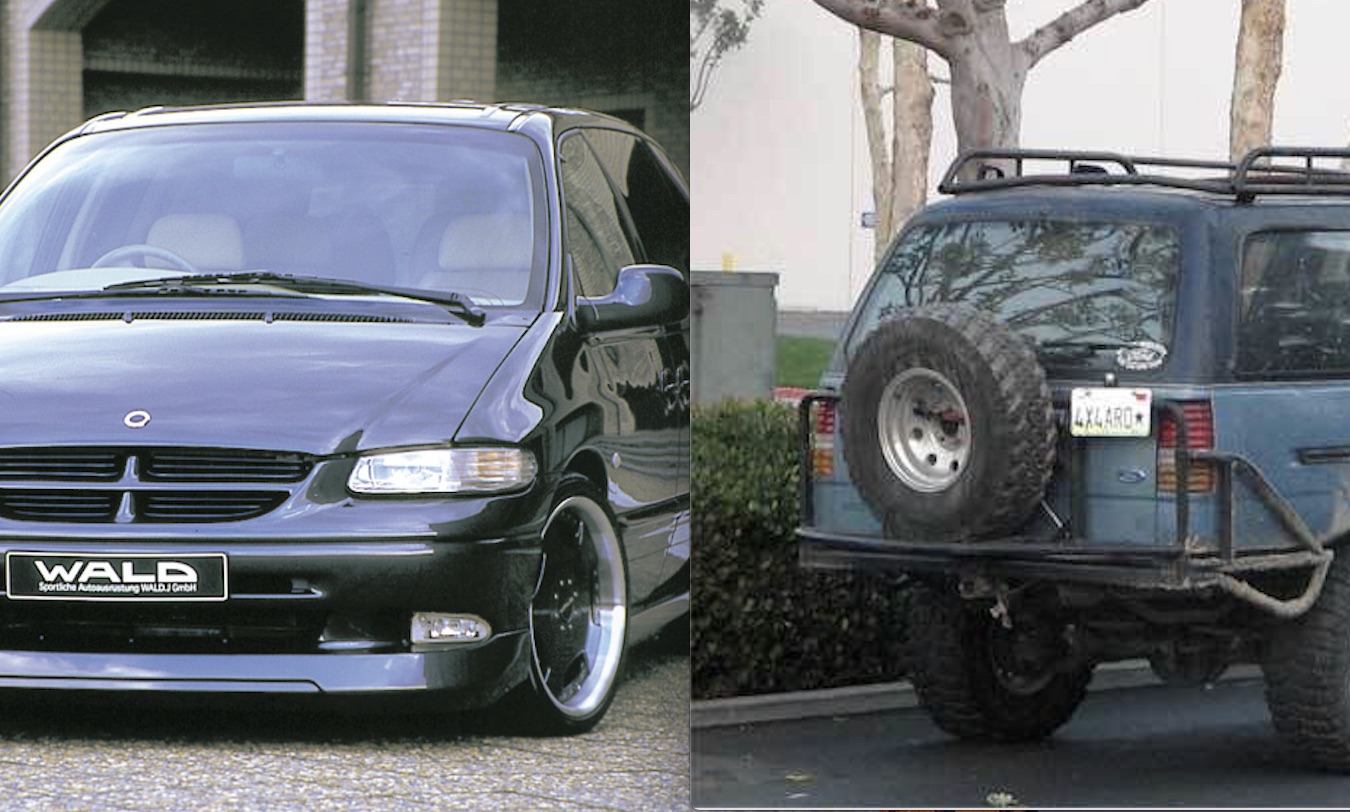 Do minivans suck as badly as many claim? Nope. They’re handy beaters, useful shop rigs, impromptu campers, and of course, excellent people carriers. That was the whole point of the rolling breadbox, wasn’t it? Ever since the first Dodge Caravans started rolling off of the lines, the public would eat them up…until they moved on to the sport-utility vehicle, anyways. But unlike the station wagon, minivans have held on, if only just. Families will always need a place to cram a bunch of rugrats and extra stuff, but do they have to be so damn boring?! Most minivans I’ve seen are ragged-out, hanging on by a thread, used, abused and neglected. They are driven to the dirt and summarily replaced when the cost doesn’t justify the repair anymore.

Not that there’s any worry about BangShift becoming Van Central, but we can appreciate a good people mover done right. We’ve found two interesting takes, polar opposites, and we want to know which one gets your attention more: 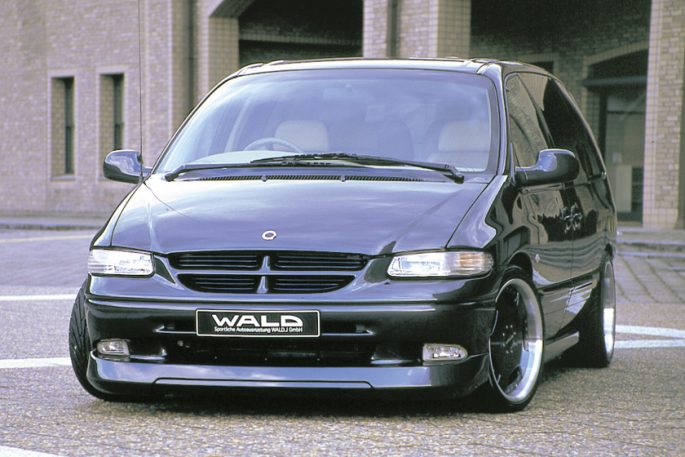 No minivan was ever conceived for an off-road life. But on-road prowess? Why not? For this example, we’re looking at the Chrysler NS minivan platform. The one you are looking at is a Euro-market Chrysler Voyager, but whatever, the plan works for whichever one of Chrysler’s bigger hits you choose, from the poverty-spec Plymouth Voyager through the top-of-the-line Chrysler Town and Country. A lot of the platform shares traits with the “cloud cars” (Dodge Stratus, Plymouth Breeze and Chrysler Cirrus) and the engines are not only shared with those cars, they are also shared with the Dodge Neon. That means that the 2.4L turbo-four of the Neon SRT-4 fits. So does the transaxle, if you are capable of making pedals work. We’ve shown you that infamous video of the red Caravan blowing the front hides off for at least half a block, but that’s radical overkill. We’d just warm up an SRT-4 mill, find an AWD van to stick it into, get it nice and low, and make sure the interior is as clean as humanly possible. 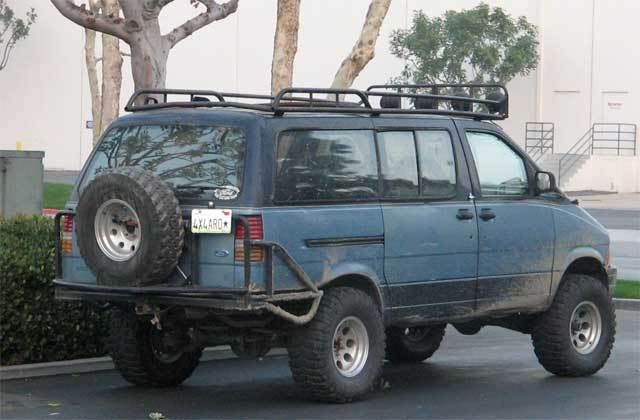 Minivans can be broken up into two forms: car-based, like the GM Dustbuster vans, the Chrysler minivans and the Ford Windstar, and truck-based, which encompasses the Chevrolet Astro, GMC Safari and the Ford Aerostar. Those three setups all offered similar setups: a potent V6 option, all-wheel-drive as an option, a manual transmission option, different body lengths and the promise of truck-like durability. Both were plentiful, too, with 3.2 million Astros and Safaris and a little over two million Aerostars manufactured.  Nobody is going to shed a tear if you take one, lift it up, cut the wheelwells some to fit proper off-road rubber underneath. In fact, it’d make a pretty badass camping rig. You probably wouldn’t need to prepare for Moab or the Rubicon, but hey…running Jeep trails in a beaten-up minivan would be bitchin’!

7 thoughts on “Would You Rather: Slammed Caravan Or Lifted Aerostar?”