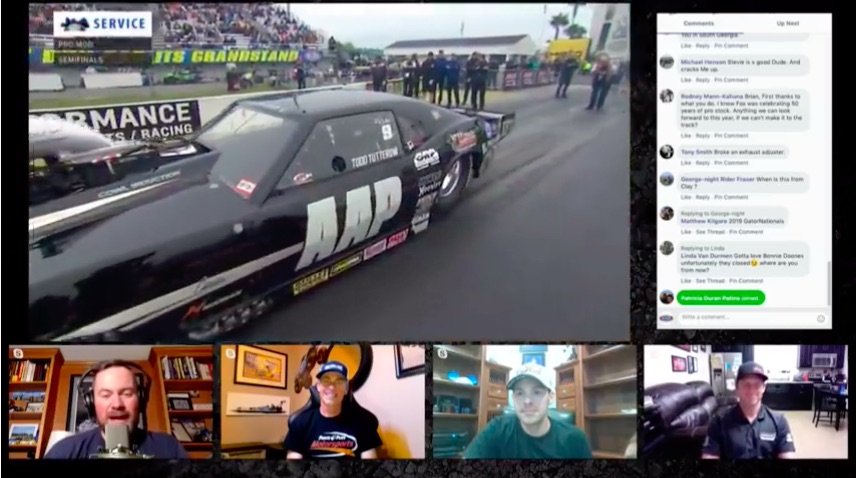 One of the things we have done a couple of times during this break from NHRA drag racing action is to make these NHRA Rewind LIVE shows. The first time it was members of the FOX Sports broadcast team and this time it was me and three awesome racers. Clay Millican, Stevie Fast Jackson, and Andrew Hines basically call the race from the inside out as we re-watch the race broadcast. These guys tell stories that you’d never hear, give information about how their events went and basically take us inside this historic drag race that happened last season.

Taking these opportunities to interact with drivers and teams during downtime has been cool and no one wants to be back at the drags more than I do but I can tell you that getting to know these guys even better than I did before and making shows like this has been pretty fun.

Relive the 2019 Amalie Oil Gatornationals and hear stories no one has ever told!

Press play below to watch NHRA Rewind LIVE  with Clay, Andrew, and Stevie

Classic YouTube: When The Boost Kicks In On This Wild Jeep SRT-8, The Red Mist Appears...Literally Mark Williams Has Parts Ready For Action And Axles With A 10 Year Warranty - Seriously!