Ride Along With Todd Paton As He Drives The BS Roof Hatch Equipped Crusher Camaro Funny Car Into The 5.80s At Famoso! 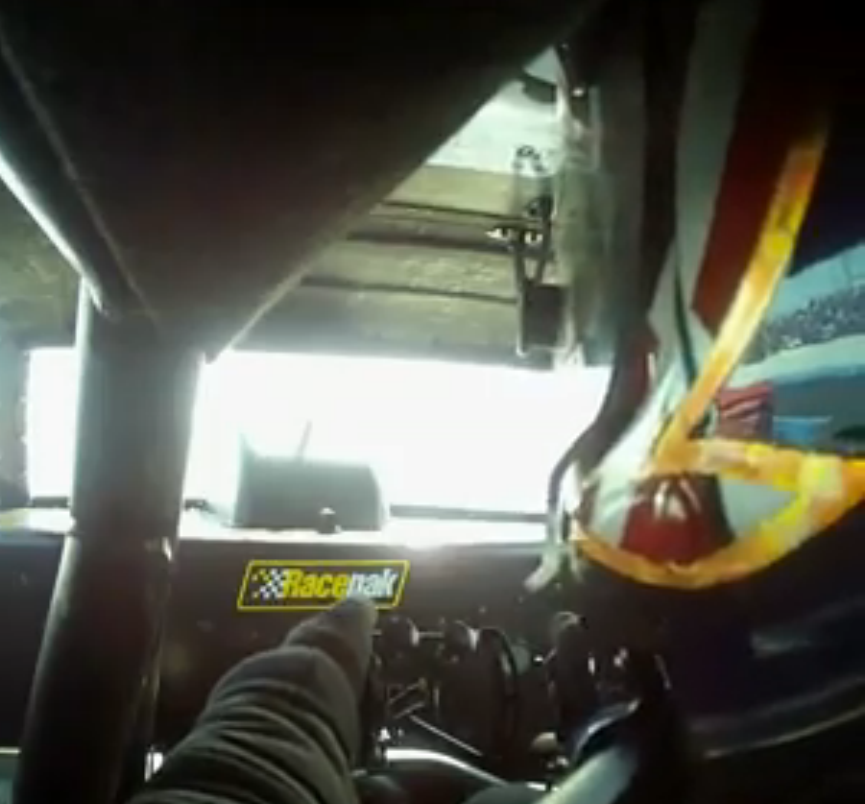 We loves us some in-car video around here, especially when our pals are driving and the cars have a BS connection! In this film, you’ll ride over the left shoulder of nitro funny car driver Todd Paton as he muscles the Crusher Camaro into the qualified field at the March Meet. The Crusher went 5.84 and looked damn good doing it on the only qualifying shot the team got to make the Famoso. That’s right, this was an all-or-nothing run for the team as they had discovered some significant issues with the engine while preparing the car in the pits and didn’t know if they would actually get to race at all. The parts they needed arrived in time, they slammed the engine back together and had the car ready to answer the bell during the third and final qualifier on Saturday.

If you’ll notice, the car has a big BS sticker on the escape hatch above Paton. That’s because at the 2013 California Hot Rod Reunion, the Crusher guys were gracious to run some BangShift signage on the car. As many of you know, Paton has been driving nitro powered stuff for a long time. He has run top fuel dragsters, “big show” funny cars, and of course these nostalgia machines. Todd works for Racepak and is a BIG part of their nitro data program. The guy making the final tuning calls on the Crusher is none other than Tim Anderson, also of Racepak. Anderson is the brains of the operation because he gets to make changes and stand safely by as Paton “tests” his theories. We say all of this in jest of course because Anderson and Paton are great guys and being able to have the discipline to bolt a race car back together, come up with an effective tuneup, and then get that whole program down the track to bust into one of the great nostalgia flopper fields of all time is a racing accomplishment we’ll never have on our resumes around here. We’re pretty good at drinkin’ though.

The car worked really well for the guys on this run and you’ll see that Paton didn’t have to completely horse wrangle it down the course. You’ll also see how violent these cars are and how much the driver gets beat up between the start of the run and when he comes to a stop at the other end of the track. It takes some sackola to climb into a car like this and we give Todd all the credit in the world for having enough of it!

One thought on “Ride Along With Todd Paton As He Drives The BS Roof Hatch Equipped Crusher Camaro Funny Car Into The 5.80s At Famoso!”