Sad News: The Ray Price Motorsports Racing Team Hangs It Up After 48 Years, Passing Of Price 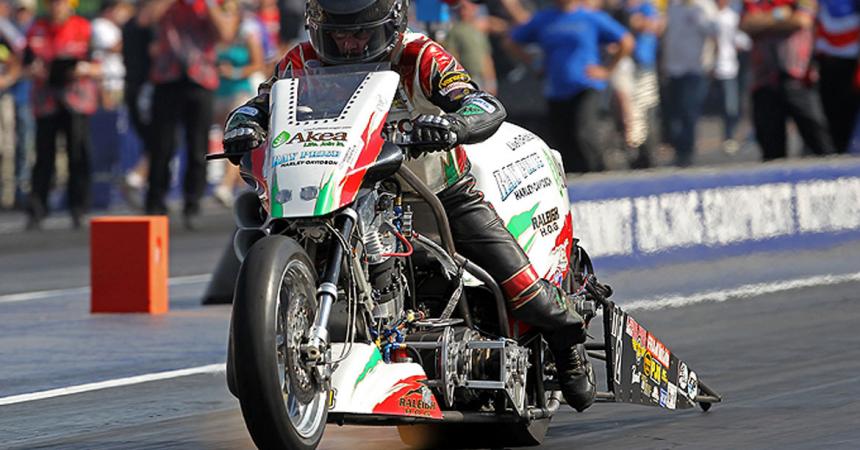 After the passing of Ray Price in December we were not sure what the future would hold for the race team that bore his name for some 48 years. Today we have our answer. The Ray Price Motorsports Racing Team will disband itself effective immediately. After an incredible career as a racer, Price was equally as prolific as a team owner and the fact that his rider Tommy Grimes has claimed the last two NHRA nitro Harley championships proves the fact that he was committed to the sport that he loved right up until the end of his life. It is sad that we’ll not see another entry fielded with the big Ray Price Harley-Davidsion name on the flanks but such is the nature of the business and we do understand the reasoning behind shuttering the team.

Being hat Tommy Grimes is one of the most talented and respected riders of these machines in the country we’re hoping that he falls in with another outfit and it back in the saddle next year making runs and hanging the front tire past the 1,000ft cone. We know that Ray would want to see him continue on and continue to do great things in the sport of drag racing.

So thanks to the late Ray Price for the memories, the innovations, the guts, and the pure commitment to drag racing that you followed so diligently for nearly a half century. They don’t built ’em like Ray Price anymore.

“The Ray Price name has been synonymous with motorcycle drag racing in the NHRA and IHRA (International Hot Rod Association) for nearly half a century. The team has a long history of remarkable racing accomplishments, which enables us to feel a great sense of pride with today’s announcement of the retirement of the Ray Price Motorsports Racing Team from competitive drag racing,” said Mark Hendrix, general manager of Ray Price, Inc.

The recent passing of drag racing legend Ray Price played a part in the decision to retire the team. Price passed away last month at age 78. Up to that point, he had been very active with his Harley-Davidson and Triumph dealerships, as well as the motorcycle drag racing team.

Price was best known for his success on the drag racing track as well as his innovation in the garage. He designed the first wheelie bar for motorcycles, allowing more power to the rear wheel while decreasing incidences of flipping a bike. He was also instrumental in creating the current style of two-speed racing transmission and helped to fuel the popularity of motorcycle drag racing with the IHRA and NHRA.

“Over the years, everyone worked extremely hard and built many great friendships with sponsors, fans and competitor teams,” said Hendrix. “Winning championships is not possible without the commitment from a great team of sponsors and the finest technicians in the business, including racer Tommy Grimes, engine builder Justin Heinle, crew chief Jeremy Hoy, and team manager Mark Morgan. Everyone deserves recognition for the team accomplishments over the years, and yet the friendships and camaraderie across the sport, with all the memories, is what we celebrate the most.”

The Top Fuel Harley-Davidson is a highly modified motorcycle that can run the quarter-mile in under 6.8 seconds at well over 200 mph. Bikes feature a purpose-built tube chassis and a lightweight, aerodynamically enhanced replica of original motorcycle bodywork.

The National Hot Rod Association is the world’s largest auto racing organization, founded in 1951 with the goal to move racing off the city streets and highways, and into safer, organized venues by hosting national racing events. There are more than 40,000 licensed NHRA drivers that compete at 130 NHRA member tracks around the U.S.

About the Ray Price Motorsports Racing Team
Ray Pricing Motorsports Racing has a long history in the world of drag racing, including an elite designation as home to the world’s fastest and quickest naturally aspirated motorcycle. Price won 46 national events and set 51 records, and was the National Points Champion in 1979-80. Throughout the mid-1980s and into the mid-1990s, he coached a stable of riders before returning to the racing seat from 1995 until 2003. Prior to retiring from his on-bike racing career at the age of 66, Ray set an IHRA nitro-fuel record of 6.36 seconds at 224.21 miles per hour. He is an inducted member of the American Motorcycle Association Hall of Fame, the Sturgis Motorcycle Hall of Fame, the N.C. Drag Racing Hall of Fame, the East Coast Drag Times Hall of Fame, and the National Motorcycle Museum & Hall of Fame.

About Ray Price, Inc.
For more than 30 years, Ray Price Harley-Davidson and Ray Price Triumph in Raleigh, N.C. have served as among the top motorcycle dealerships in the Southeast. In 2015, the dealership was honored by the North Carolina Retail Merchants Association with its “Retailer of the Year” award. It is also known for the Ray Price Capital City Bikefest, an annual family friendly motorcycle festival that draws 100,000 visitors into downtown Raleigh each September for the past 11 years. Knowledgeable staff have decades of motorcycle riding experience to provide award-winning customer service and education programs for beginners-to-expert riders. 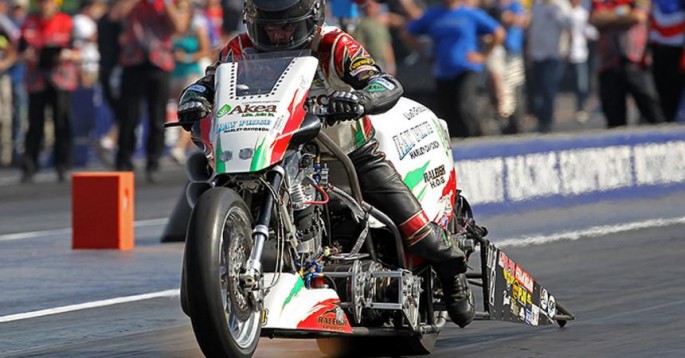 One thought on “Sad News: The Ray Price Motorsports Racing Team Hangs It Up After 48 Years, Passing Of Price”