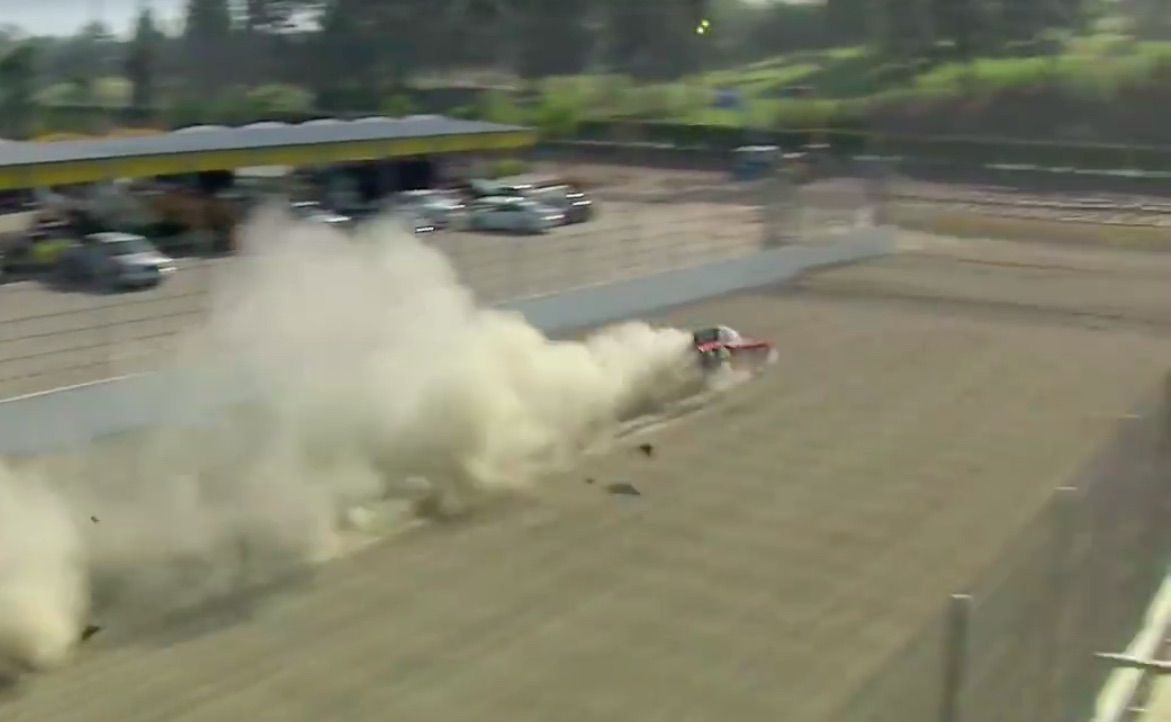 Gary Densham is OK after having suffered a very scary incident during qualifying for the 2016 NHRA Circle K Winternationals. As you will see in the video below, Densham suffered a parachute failure and with only the brakes to slow his 300mph funny car, he entered the sand trap and hit the catch net at the end of the track with tremendous speed. The net caught the funny car like a tuna and did its job perfectly, keeping the funny car legend from being harmed in the process. Due to geographical restrictions, Pomona is one of the shorter tracks the NHRA Mello Yellow drag racing series tour and since Densham has been running at this event since his first start in 1974 he likely knew he was in big trouble almost immediately.

You can see the smoke pouring off the carbon fiber brakes as Densham uses every tool at his disposal before rocketing into the sand and into the net. This is a wild one!