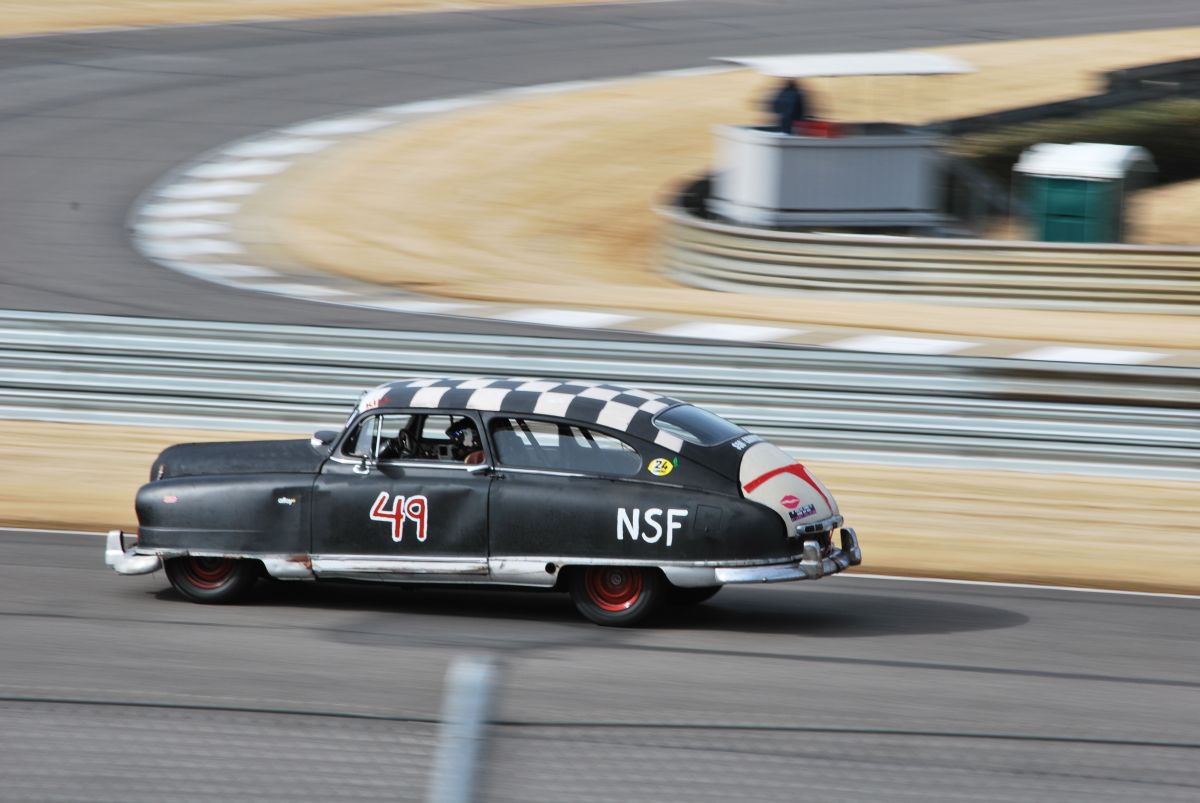 (By Eric Rood) –  I’ve taken most of the week to catch up on work and sleep after a long drive back to Chicago from the 24 Hours of LeMons race at Barber Motorsports Park in Birmingham, Alabama, but I’m back to strange business as usual. That means you get a nice photo gallery of all the LeMons shenanigans, complete with bizarre cars and strange people. The #153 LemonAid Racing Geo Metro (which of course is rear-wheel-drive with a 200-horsepower BMW engine, as you do in LeMons) won the race outright, sputtering into the paddock with a dragging radiator and a completely nuked cylinder head.

Beyond that, though, teams can win at LeMons in many ways, sometimes by merely surviving 14 grueling hours on one of the most challenging and well-maintained race tracks in North America. Check out the gallery for photos of Knoxvegas Lowballers’ crapcan Ken Block parody, the unfortunate demise of both the NSF Racing Nash Airflyte and the Grassroots Motorsports Magazine Mazda Miata, and a whole host of strange and wonderful racing machines.

(Shameless freelance writer plug: And be sure to check out Roadkill.com for more on the race).

This Nissan Patrol Still Has The Plastic On The Seats And Less Than 100 KM On The Odometer, But Is Ready To Stomp Lamborghinis! Scary Ride: Watch Gary Densham Suffers A Parachute Failure And Hit The Catch Net Hard At Pomona