The Scoop! Here Are The Cars That Will Be Running For Records Today At Bonneville

Aug 15, 2017Brian Lohnes1320 Event Coverage, BangShift 1320Comments Off on The Scoop! Here Are The Cars That Will Be Running For Records Today At Bonneville 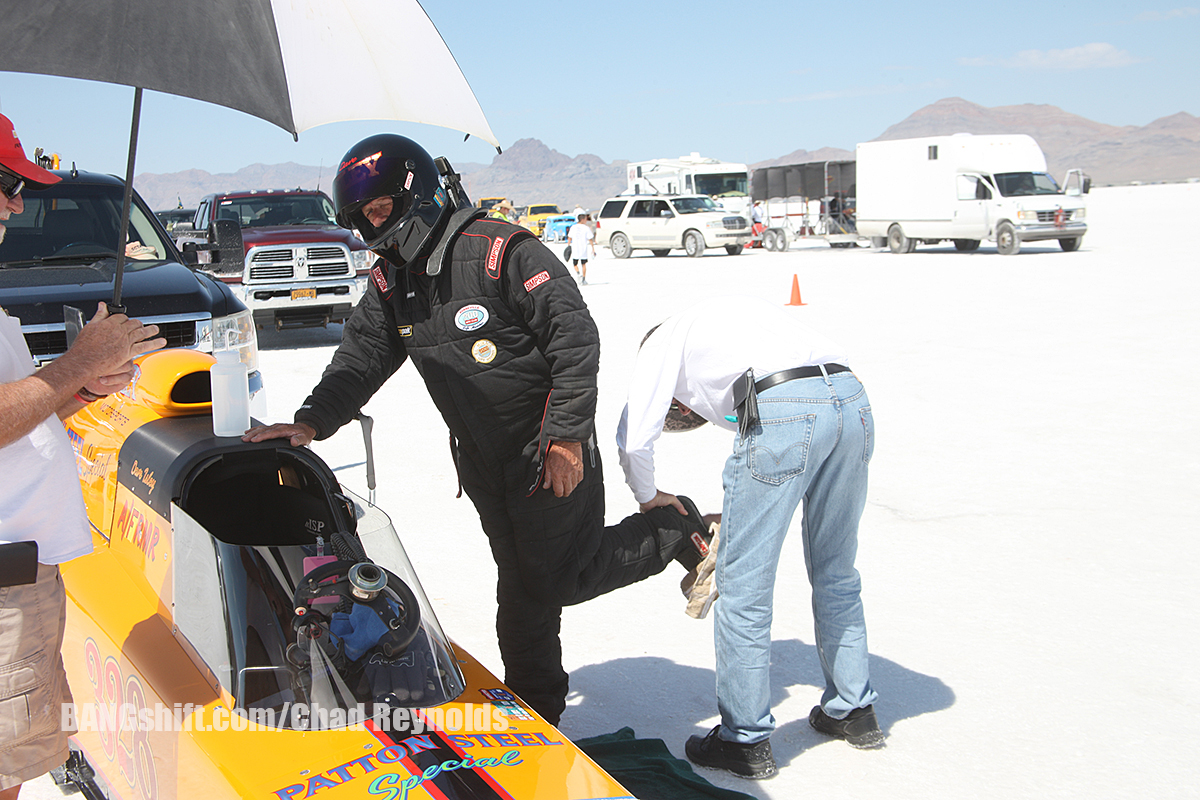 Today was a challenging day on the Bonneville Salt Flats. The only thing you need to know to understand that is the fact that there are only four cars who will be running for records on Tuesday. So what happened? Well there’s the mechanical failures, the pesky issues that prevent the types of runs that teams need to make to qualify for records and then there was the wind. Mother Nature threw some big guests at us on Monday but then at 4pm the event ground to a halt when a sustained wind set itself upon the salt at 4pm and never let up. Awnings and easy-ups flew, people put stuff away, and race officials recognized the threat that the wind presented and stopped competition on a temporary basis but the wind never went away and that was that.

Here’s the scoop on the four cars that are prepared to pound the salt in the morning! 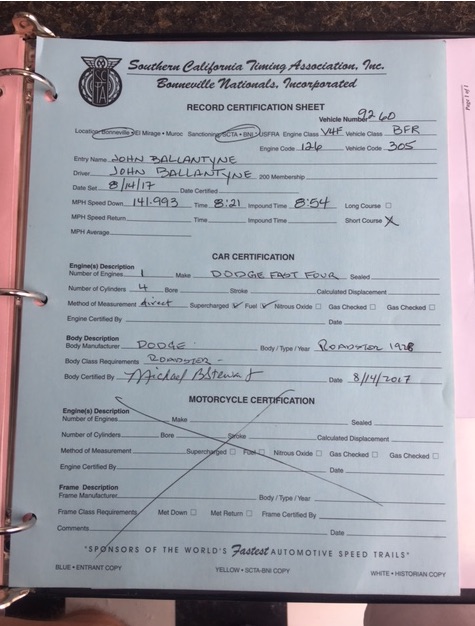