Engines! Here’s A Gallery Of Very Diverse Power Plants On The Salt At Bonneville Speed Week 2017 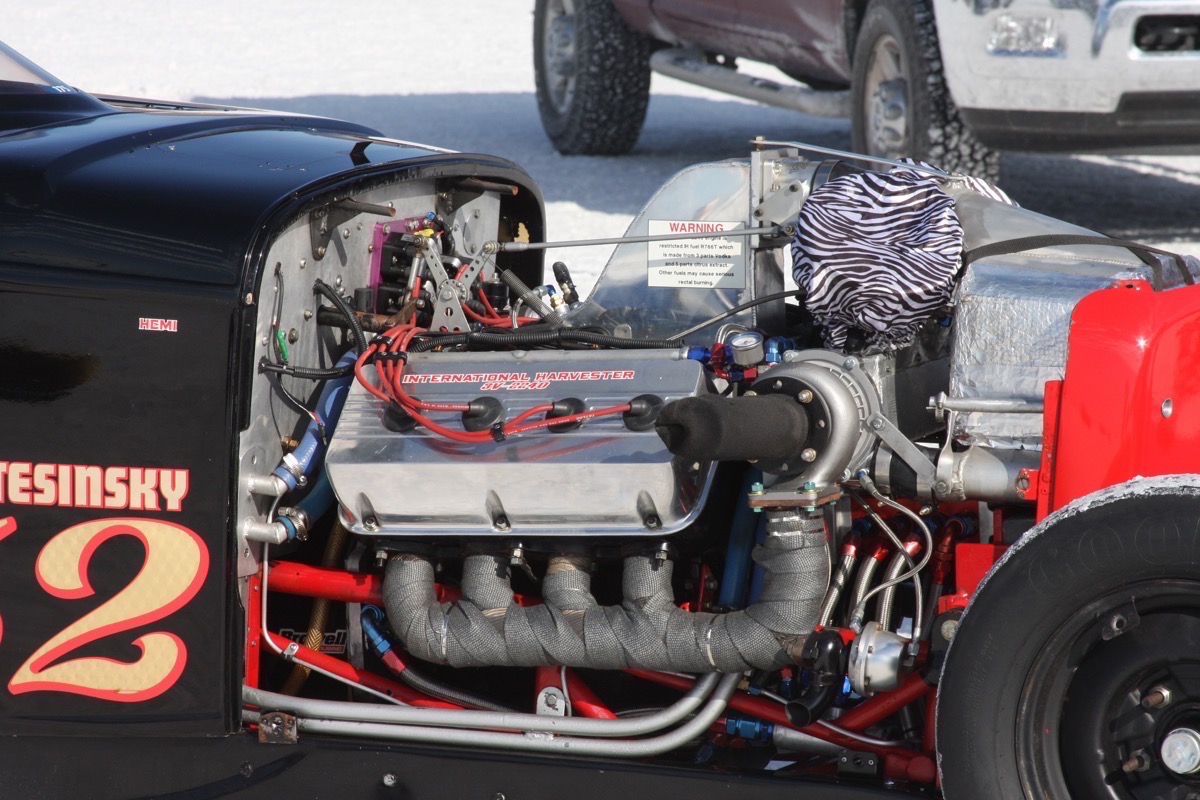 Engines. They are the thumping lifeblood of Bonneville Speed Week 2017. Part of the reason people love this place and the sport of land speed racing so much is that creativity is not punished as it can be in virtually every other motorsport on the planet. The rules allow for people to explore their own theories, ideas, and gearhead craziness. If you have attended Bonneville you know this but if you have not, you’ll see more inline engines, antique engines, hemis, weirdo OHC mills, and stuff you had written off to dead than anywhere else in the gearhead world.

This is a gallery of engines that caught my eye while walking the pits and staging lanes at Speed Week yesterday. The salt has presented challenges this year but one thing that has not is the weather. Monday’s conditions were about as good for making horsepower than anyone has seen here in years. Dry air, cool temps, and a lack of punishing sun allowed mills big and small to eat!

The Scoop! Here Are The Cars That Will Be Running For Records Today At Bonneville Half A Hairy Hemi Video: Watch The Steinegger and Eshenbaugh F/Fuel Lakester Haul On Nitro With A One Headed Hemi!

6 thoughts on “Engines! Here’s A Gallery Of Very Diverse Power Plants On The Salt At Bonneville Speed Week 2017”