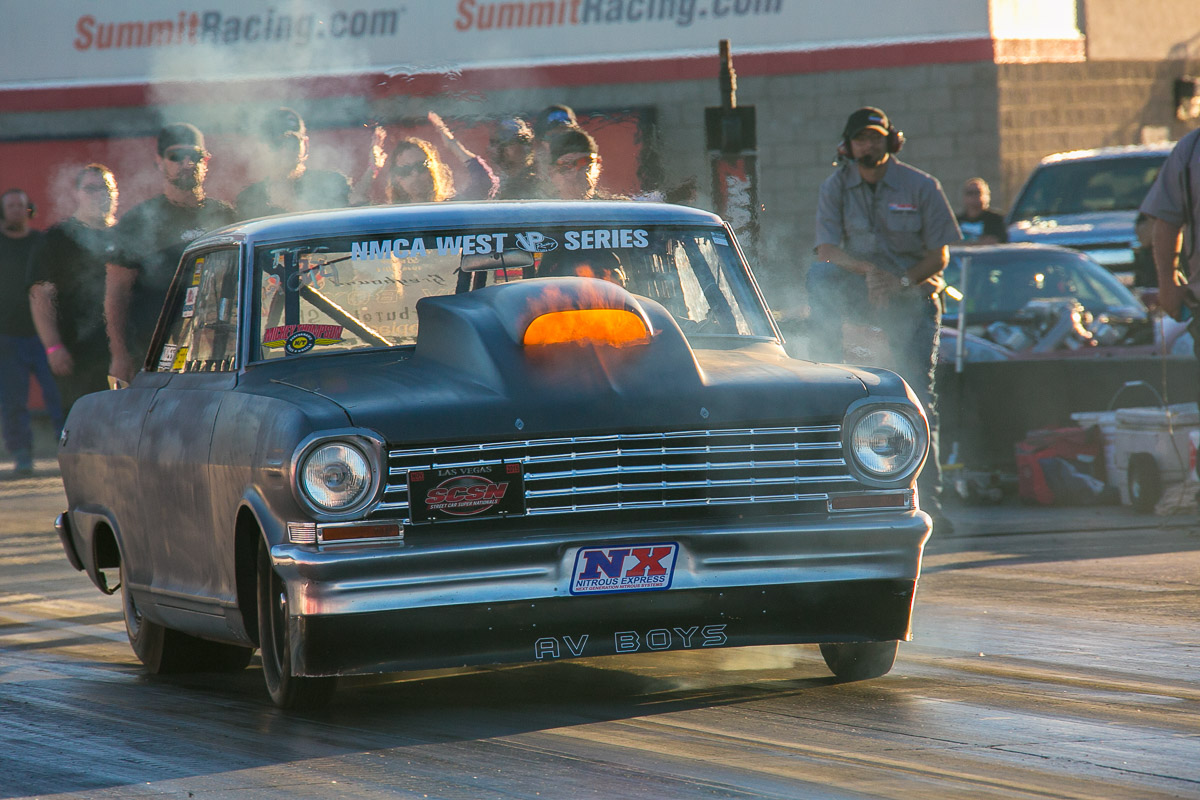 If you have been watching our LIVE streaming broadcast from the 2015 Jeg’s Street Car Super Nationals present by Chris Alston’s Chassis works you know that it is has been completely insane. Troy Coughlin running the fastest speed ever recorded by a car with doors at nearly 275mph, Roger Holder nearly running in the 5-second zone in a car equipped with drag radials, and the list goes on from there. Stuff has been blowing up, sliding sideways, and drivers have been making saves left, right and center.

Here’s another awesome load of action photos from the race!

Click on images below to expand them and then scroll through with arrow keys!

SCSN 2015: Pit Photos - Get Up Close and See Some Of The Hardest Core, Gnarly Cars That Are Here Caption This: Apparently "Thou Shalt Not Buy A 4WD With No Intention Of Using It Properly" Isn't Mentioned Anywhere In That Book...