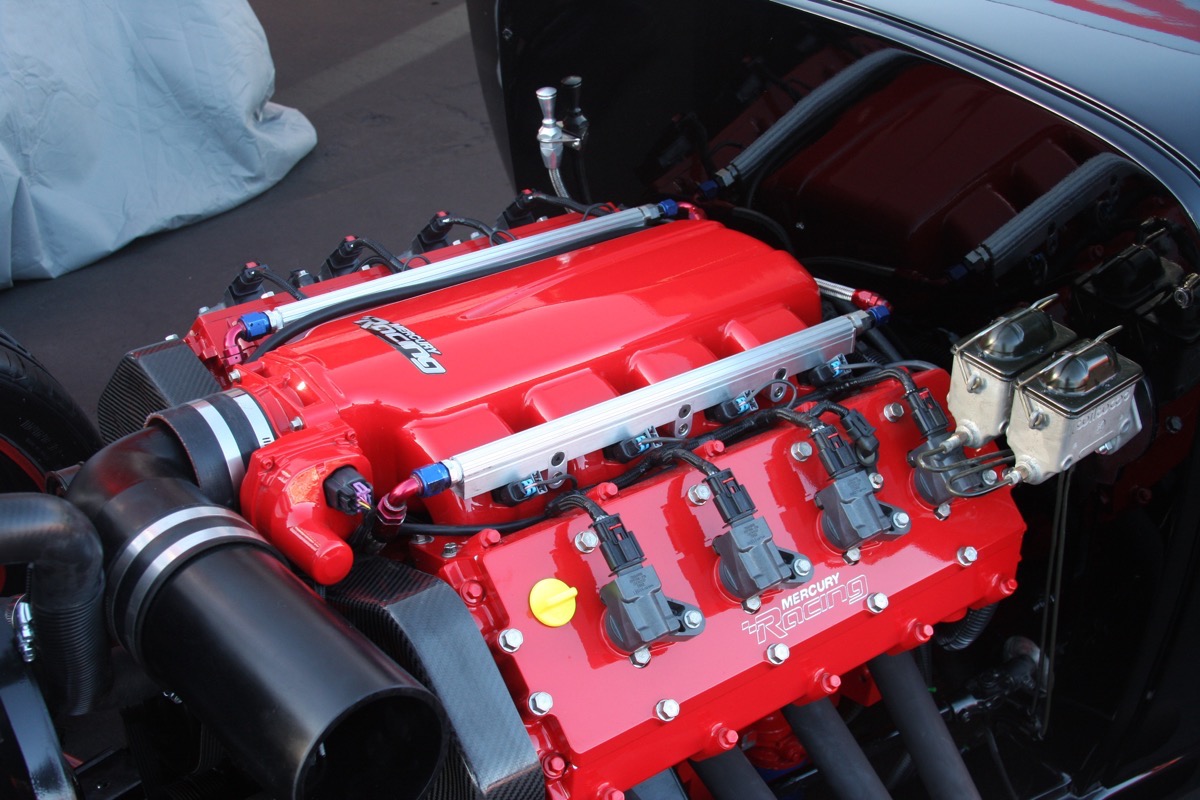 Mercury Racing is coming into the LS crate engine market in a way no one else has even thought of to this point. The company that has made its name building high performance engines on the water and dabbling in the automotive side of things is coming full bore into the car world with its LS7 based SB4 DOHC mill that was seen in several places at SEMA. Most easily, it was spotted in the hot rod built by Slick’s Garage and the big red SB4 was hanging out for all to see and oogle.

The scary thing about this package is how much air those DOHC heads move. Mercury Racing is saying that they out flow even the crazy canted valve LS7 race heads by a significant amount. The numbers they are quoting are over 450cfm on the intake side and somewhere around 260 on the exhaust side. While horsepower numbers are not being bandied about, it we’re waiting for one of these things to find its way onto a dyno and make some noise. We’e thinking that the NA numbers will be sweet and the boosted numbers will be off the freaking charts.

Seeing new stuff is really the biggest fun of SEMA (for us anyway) and the Mercury Racing guys have been at the bleeding edge of that charge over the last couple of years. Their monstrous QC4 crate engine is 550ci of turbocharged scratch built terror that you can buy turn key with the turbos and all. That one make 1,650hp and it could be found in a couple of SEMA vehicles as well. We love the fact that these guys are no longer flirting but instead charging right into the automotive crate engine business. Yes, the stuff is way more hardcore than most guys want or need, but some do and Mercury is right there waiting to take care of them 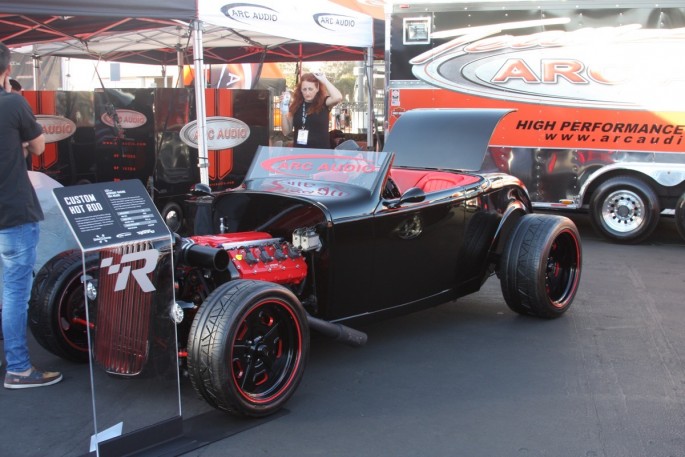 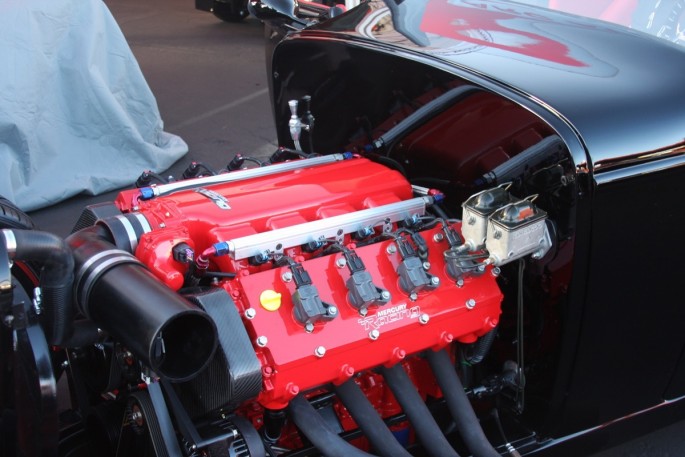 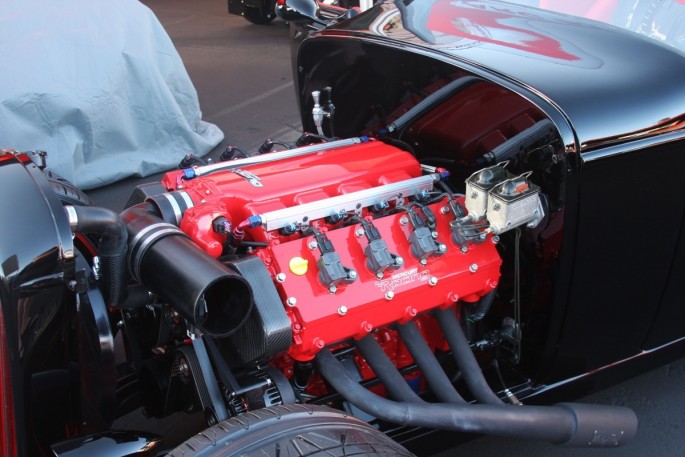 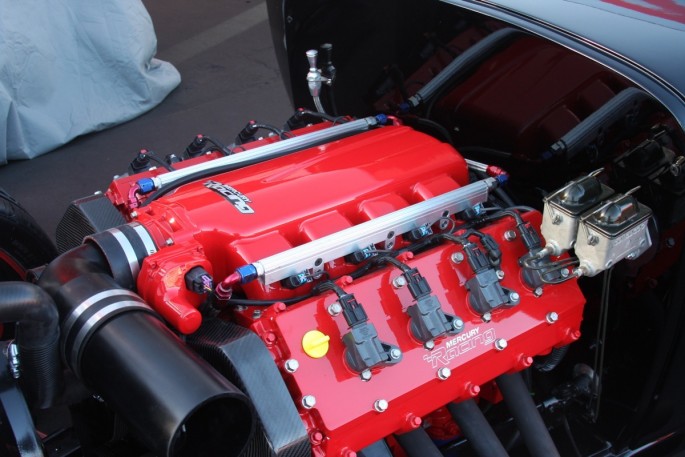 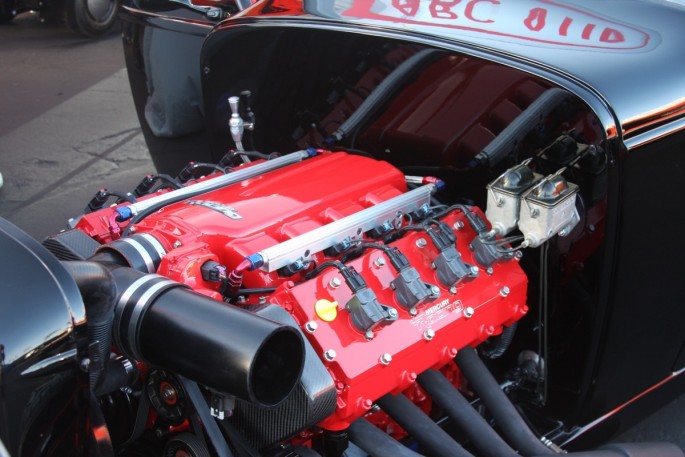 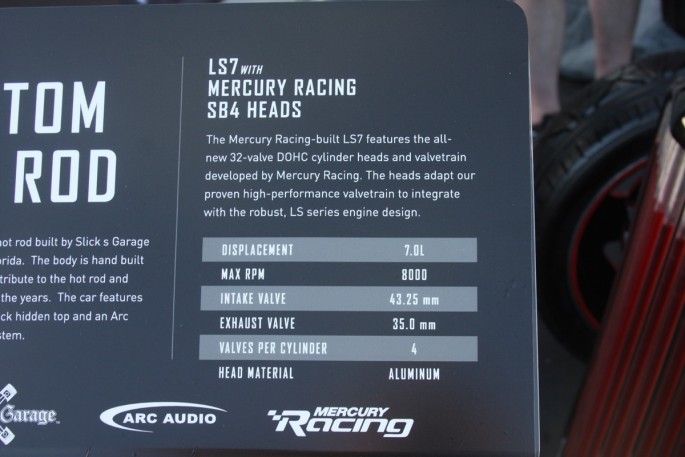 ACED: AutoCross Every Day! Brian Hobaugh's 58 Second Winning Run At Goodguys Pleasanton This Boss 429 Powered, Highly Whacked Out Jaguar XKE Is Like Nothing We Have Ever Seen