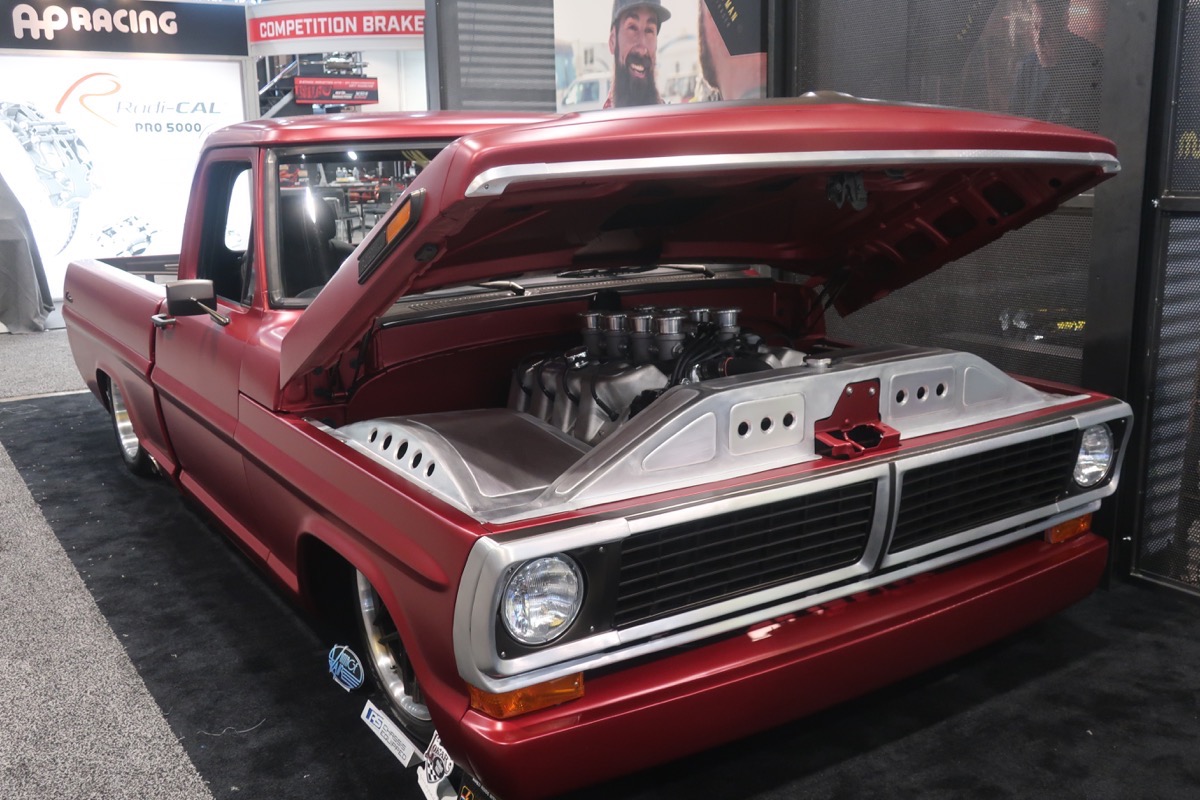 (Photos by Brian Lohnes) – Even a couple of days after the show I have been waking up post SEMA 2018 and thinking I needed to get my ass moving and over to the Las Vegas Convention Center. We all had busy weeks at this show and that’s par for the course. This is an event to do business, see cool junk, rekindle relationships and friendships, and take the overall stock of the industry as a whole. Things are pretty damned good in hot rod-ville these days judging by the industry sentiment and all of the cool stuff that was on display.

This is the first of several galleries and items I’ll be sharing this week from the show. Some of them about products, some of them about cars and trucks, and some of them about stuff that isn’t really able to be defined. Having had a chance to be a judge of the new JE Pistons Masters of Motors competition, I had unique access to many of the coolest engines in the entire show. That’s another story for another day.

For now, dig these photos, especially the ones of stuff like the infamous 911 Bonneville roadster and the Ford truck with the worked BOSS engine in it. What a week!

Perhaps The World's Nicest 1991 Dodge Spirit R/T 5-speed Is For Sale CHEAP SEMA 2018: Disguised LS Engines Were A Hot Trend At The Show - This "Nailhead" Was One!