Incredible Video: Watch The Semi-Finals and Finals Of A Multitude Of Classes At The 1963 NHRA US Nationals 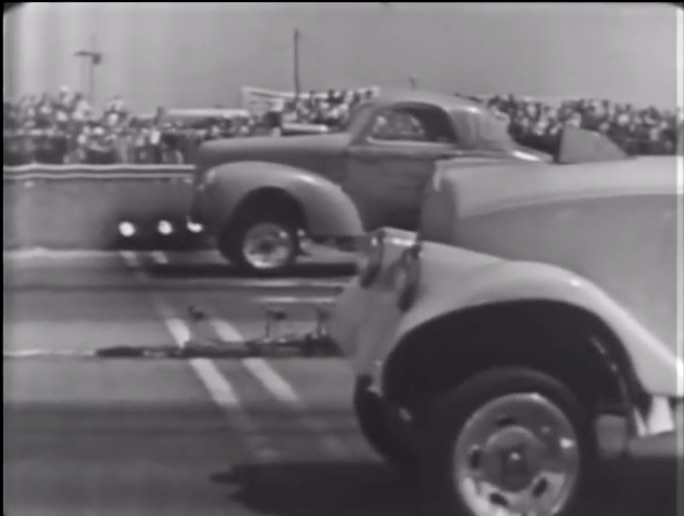 This is some of the most stunning old school drag racing video we have ever seen. You are going to watch the semi-finals and finals of a multitude of classes at the 1963 NHRA US Nationals. This was the fist race that the Christmas Tree starting line system was used, the race where Ohio George came out of retirement, and the race where Don Garlits took care of business in a class that was now known as Top Fuel. Between the action on the track, the interviews with Ohio George, Garlits, and more, this is sublimely awesome.

This was the extent of drag racing coverage in 1963 and there’s an air of incredulousness when the broadcast starts. The announcer talks of drag racing as if the audience is about to witness some sort of cult ritual, not a sport. It gives some context as to where the sport was at this time, right? This is not, “Hey, welcome to the NASCAR race,” this is more, “Jeepers, these lunatics make 1,000hp and who knows if we’ll see someone get killed out here today.” Other than these runs at this race, you did not see a drag race unless you went to it, basically.

There are so many amazing snippets in here. Cars and people you just don’t see in motion. The best moment for us? 5:33 in you get to see Stone, Woods, and Cook take on Ohio George Montgomery. After Ohio George retired in 1961, S-W-C became the big boy on the block. How did they hold up to Ohio George as a new and improved model? You’ll have to watch to see.

The Marathon: NASCAR Will Run Seven Races In Less Than Two Weeks In Real Life Would You Rather, Big Black Barge Edition: Marauder or Impala SS?

3 thoughts on “Incredible Video: Watch The Semi-Finals and Finals Of A Multitude Of Classes At The 1963 NHRA US Nationals”