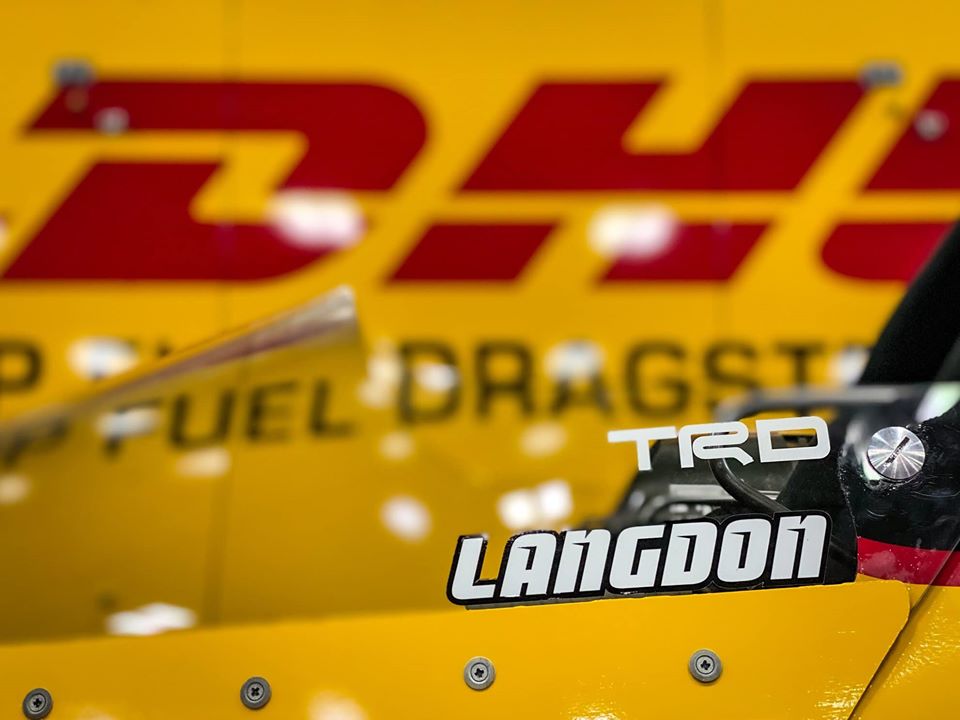 The speculation has been out there for a couple of months but we need speculate no more as Kalitta Motorsports has announced their driver lineup for 2020. Shawn Langdon who has been driving the Global Electronic Technologies Toyota Camry nitro funny car will be out of that seat and into the the seat of the DHL top fuel dragster tuned by Connie Kalitta. Richie Crampton is out of a ride at this point and we have not heard of anything opening up for him to start 2020, which is a crummy thing and the less cool part of being a pro race driver.

Langdon had a solid two seasons in funny car winning two events in 2019 and finishing in the top ten at the close of the year. It will be interesting to see what he has brought with him after the funny car education he got the last coupe of years. We’re hoping he can employ some of the wild west staging tactics he picked up in the shorter, front engined, floppers. That would be cool.

J.R. Todd remains the driver of the DHL funny car and Doug Kalitta is once again back in the Mac Tools dragster. Kalitta was the number two finisher in top fuel for the 5th time in his career. He will be seeking his first title in one of the best cars he has ever had.

YPSILANTI, MI (January 22, 2020) — After a busy off-season that saw Kalitta Motorsports add or extend sponsorship relationships nearly half a dozen marketing partners the multi-time world championship winning organization is ready to get back on the track. The 2020 NHRA Mello Yello Drag Racing Series will see Kalitta Motorsports field two Top Fuel Dragsters and one Nitro Funny Car throughout the season.

Championship runner-up Doug Kalitta will once again be behind the wheel of the Rob Flynn/Troy Fasching tuned Mac Tools Dragster and he will be joined in the Top Fuel stable by Shawn Langdon, who will make his return to the category after a two year stint behind the wheel of a Toyota Camry Funny Car.

Kalitta is ready to get the season underway. “We made an awesome run at the championship last season and I am fired up for this season. We have a brand new design on the car and trailer for the Mac Tools team and we are ready to get going. Everyone begins the season from the same spot at the Winternationals and we are very focused on making a strong start.”

Langdon will slide in the cockpit of the DHL Top Fuel dragster. The DHL dragster will once again be led by drag racing legend Connie Kalitta as crew chief alongside Kurt Elliott. Both dragsters will also represent new associate sponsors Mobil 1, NGK Spark Plugs, Osborn and returning sponsors SealMaster and WIX Filters.

“I had a great experience racing Funny Car the past two seasons. I think it made me a better racer. I am really looking forward to getting back into Top Fuel. I can’t wait to race for Connie and Kurt and the DHL team. The team has had a lot of success and I want to keep up the positive momentum,” said Langdon.

“Last season didn’t go our way and had a lot of ups and downs. The good news is we have a great team of guys over here with the DHL Toyota Funny Car team and I think we will be stronger because of our struggles. Everyone really had a good off season and we are looking forward to testing and then getting the season started. Our number one goal at Kalitta is to win the championship and that is what we are going to focus on every day,” added Todd.

The Kalitta Motorsports team will be on track for the PRO test session at The Strip at Las Vegas Motor Speedway at the end of the month in preparation for the season opening 60th annual Winternationals at Auto Club Raceway at Pomona, February 7-9, 2020. Tune in throughout the season to Fox and Fox Sports 1 (FS1) to catch all the 330 mph racing action. 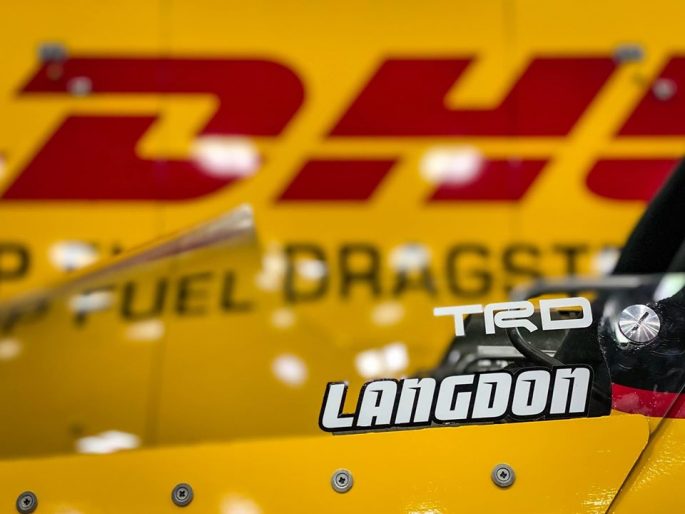