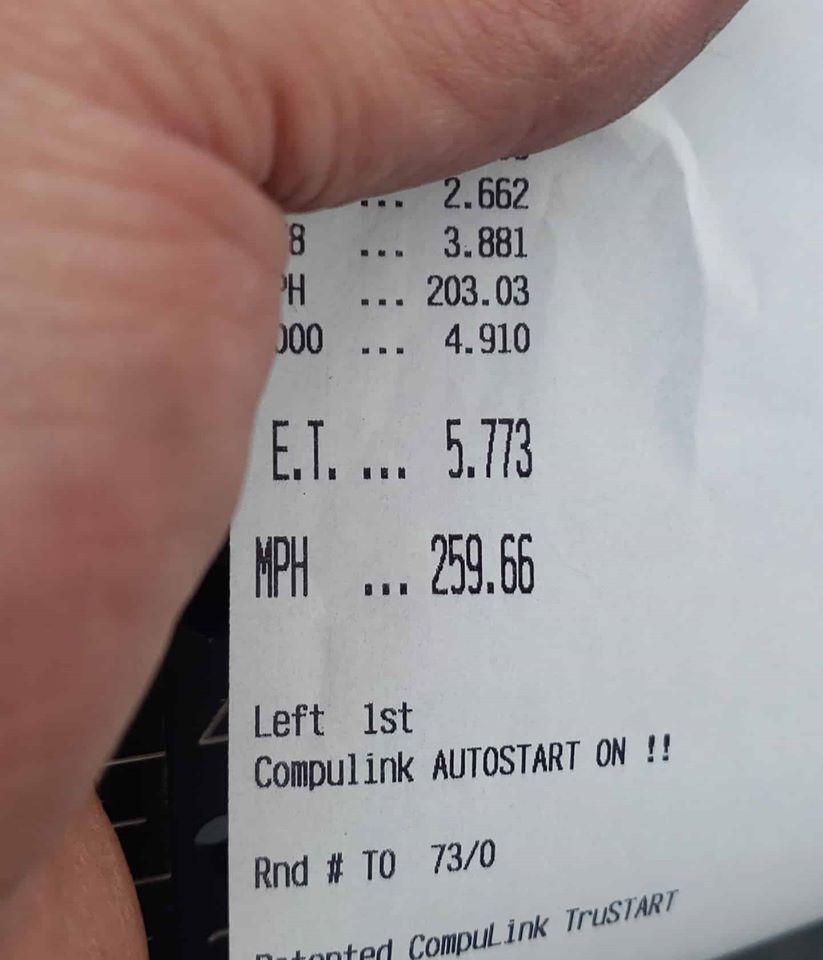 Know what Tom Bailey did after running 5.77/259.66 in the quarter mile at Bradenton Motorsports Park? He drove down the street in the same car to snag lunch for he and Steve Morris. Bailey has taken the record to a place that was totally unknown in street legal drag racing up until now, the 5.70s. Only Andy Frost of England has ever been any faster in a street legal car and Bailey is within spitting distance of that 263-mph rip that Andy made during his last stint with the car in the Middle East. The 5.77 run of Bailey’s places him a tenth quicker than Frost and eight-hundredths quicker than Jeff Lutz who held the record up until this fateful rip in Florida.

With an incredible weather forecast this weekend we are sincerely hoping that Bailey will be sticking around to make some more runs and lower the numbers one side of the slip and raise the ones on the other. We’d love to see the heavyweight belt “unified” with one guy hanging onto both sides of the record.

Driving the car out the gate and down the street for something to eat is boss level and we’re glad that he did it. We’re also glad for another thing. The car was in full Drag Week trim, meaning that it was heavy and had all of the necessary stuff to survive the road trip. We have been told by multiple sources that the Steve Morris designed and built SMX engine has not yet even been torn down since Drag Week!

There are some bad ass numbers on that slip, but 3.88 seconds and 203mph in the eighth is just plain animalistic! 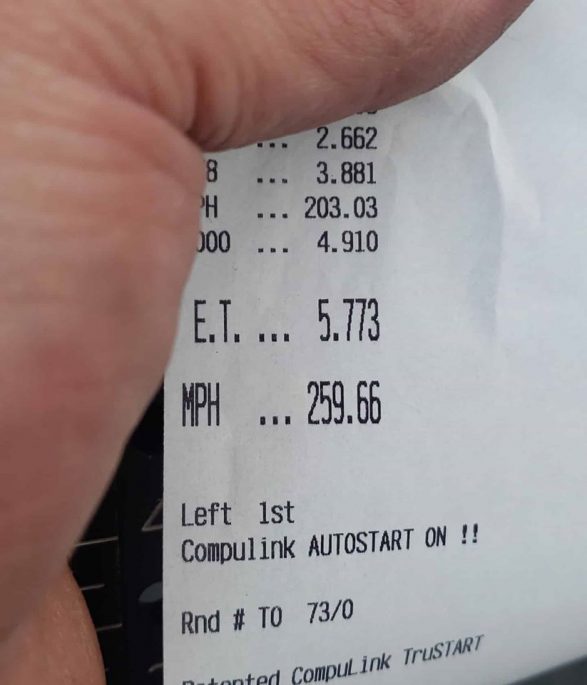