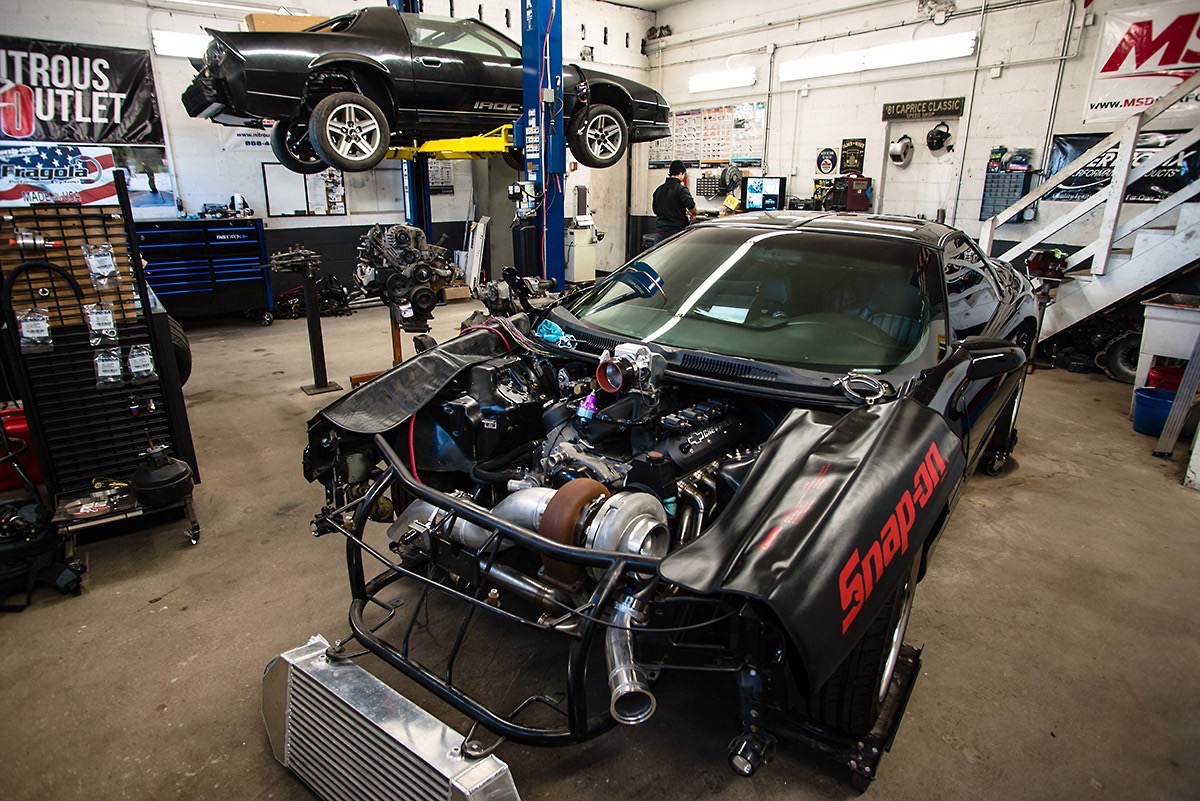 (Photos by Dave Nutting) – Brandon Furches is a name that has appeared several times on the electronic pages of BangShift over the years. Brandon has a successful and growing shop in the Springfield, Massachusetts area and he’s also got some fun and cool cars. His calling card is an early 1980s Caprice with LS power but he’s cranked out some real gems like a front wheel drive Monte Carlo with a single turbo that ran harder and faster than any of those things has ever run before. A very talented wrench and a creative fabricator, Furches Performance is a dream realized for the young guy that understands what kind of time, dedication, lack of sleep, and quality work it takes for a place like his to remain open and functioning.

On the day that Nutting and I showed up to mangle Furches’ productivity, he had multiple cars in the shop for multiple different styles of jobs. Some were in for bolt on work, some for heavy fabrication and turbocharger installs. A full service enterprise Furches builds engines, does bolt on style projects for customers, and we saw everything from street bruisers to full on race machines in the shop.

You are going to see lots of LS based projects in the shop and that’s certainly not limited to what Brandon has going on. He can wrench on anything but the majority of his customers are coming in for work, installs, and hot rodding projects on LS powered stuff or they are wanting a swap done, etc.

We plan on checking in with Brandon from time to time to keep up on what he’s working on. We have also cooked up a really bad idea that we’d like to execute over a weekend with Dave Nutting’s newest automotive purchase (another freaking Monte Carlo). Needles to say that we think Furches is a good dude and when you see the quality of his work, you’ll know where our opinion comes from. We’re including a link to his shop FB page below.

Like Your Tractors Loud And Fast? We've Got A Collection Of Them Just For You! Rough Start: This Oldsmobile Omega Is Nice Enough That You Won't Mind Repeating "It's Not A Nova" Over And Over