Something Looks Funny: Dodge’s Altered Wheelbase Monsters From The 1960s! 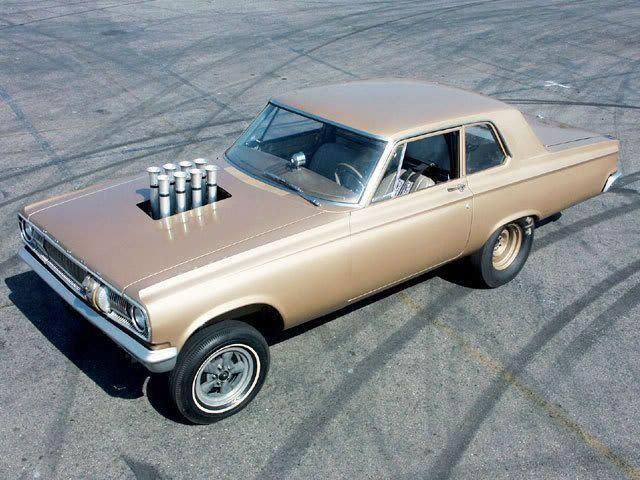 Mopar and Ford were not just rivals on the sales floor. In 1965, they were bitter enemies at the racetrack as well. Whether it had something to do with Henry Ford II’s legendary temper (and maybe even his red-mist viewpoint that was influenced by Ferrari) is lost to history, but on dragstrips and oval tracks across America, Ford had one target in clear view: anything with a Chrysler pentastar on it. And it was vice-versa…Chrysler had brilliant engineers who were also gearheads to the core. They had an engine that was quickly leaving jaws dropped wherever it went, they had dragstrip provenance, and they had a reason to keep kicking Ford every time they came around: win on Sunday, sell on Monday was never more appropriate than in the 1960s.

The Ford 427 and Chrysler 426 had been booted by NASCAR for the 1965 season. The Chrysler Hemi had been a barnstormer from the moment it appeared, kicking ass wherever it went. But between deaths in racing accidents, the AMA crying foul at the speeds the cars were carrying, and some protesting from Ford, the Hemi was put out. Ford’s 427 Cammer got the boot as well for being too European and exotic for his racing series. But drag racing welcomed both engines with open arms, and the battle raged on.

Weight transfer was a big deal in drag racing at this time. The more weight you put on the rears at launch, the better your chances would be for a good launch. Chrysler knew this well, and proceeded to turn twelve B-body vehicles into freaks that were the predecessor to the Funny Car class we know today. Here’s the rundown on the Chrysler Corporation altered wheelbase machines:

SEMA 2019 Gallery: Paint So Fresh You Can Smell It Dead Dragline Come To Life: Waking Up A Truly Junk Piece Of Equipment!

5 thoughts on “Something Looks Funny: Dodge’s Altered Wheelbase Monsters From The 1960s!”