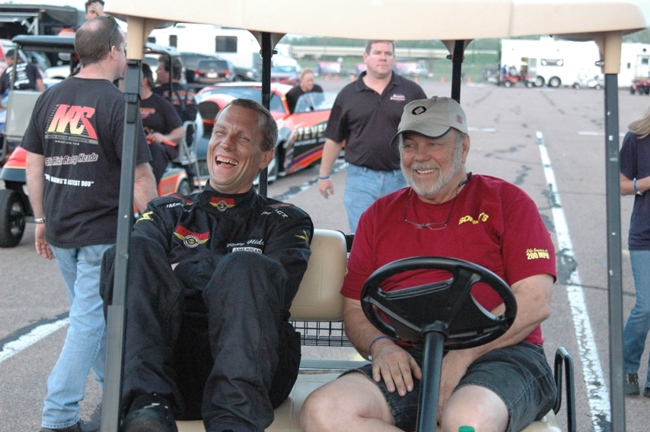 (Photo by Charles Wickam) – One of the most legendary drag racing engine builders of all time has died at age 77. Sonny Leonard who pioneered massive cubic inch engines, lead the way in classes like mountain motor pro stock, radial vs the world, pro modified and more, has left this mortal coil. Leonard was afflicted by pneumonia at the end of December and was seemingly recovering before he passed away yesterday. It is hard to sum up what the man meant to the sport of drag racing but when one begins to think about the fact that his engines won 13 IHRA mountain motor pro stock championships, have dominated in truck pulling, and have honestly set the gold standard for what it means to be a cutting edge engine builder in both sports, it only begins to scratch the surface of who he was and what he did.

His story is one of humble beginnings. It is one of measured growth that turned into a cascade of demand that he worked much of his life to keep up with. One of his engines can be found in the Game Over boat of Mike Finnegan. Attend a PDRA event or any race where classes like top sportsman or dragster are being run and you’ll see that famed Sonny’s logo on hood scoops, valve covers and more.

Owning an engine from his works was and will continue to be an aspirational goal for so many drag racers it is nearly impossible to imagine. Regarding the business that produces these awesome engines, they will carry on. Here’s their statement, “As most of you have heard, unfortunately Sonny passed away this morning. He will will be deeply missed beyond what words can describe, but we want to reassure our customers that Sonny’s Racing Engines will continue to thrive and remain open for business.”

Beyond building things like a 1,005ci engine that made 2,000 naturally aspirated horsepower, winning all those races, and changing the sport, Leonard was a fantastic man. He was a joy to be around, to listen to, and to learn from. If you could spend time around Sonny Leonard and not smile or laugh, your life was severely out of whack. It was rare to see him without his glasses around his neck or without his trademark smile.

Sonny Leonard’s legacy will live on with his name, his business, and the beastly engines that he forged a trail in creating, engineering, and tuning into winners. Most importantly it will long live in the memories and fond feelings his friends and family have for him. Anyone that knew this man was richer for the experience.

Streak Stopper: Watch Dean Skuza Shut Down John Force At The 1997 NHRA Gatornationals Why Would You Cut A Perfectly Good Jeep In Half? To Make It Perfectly Gooder!