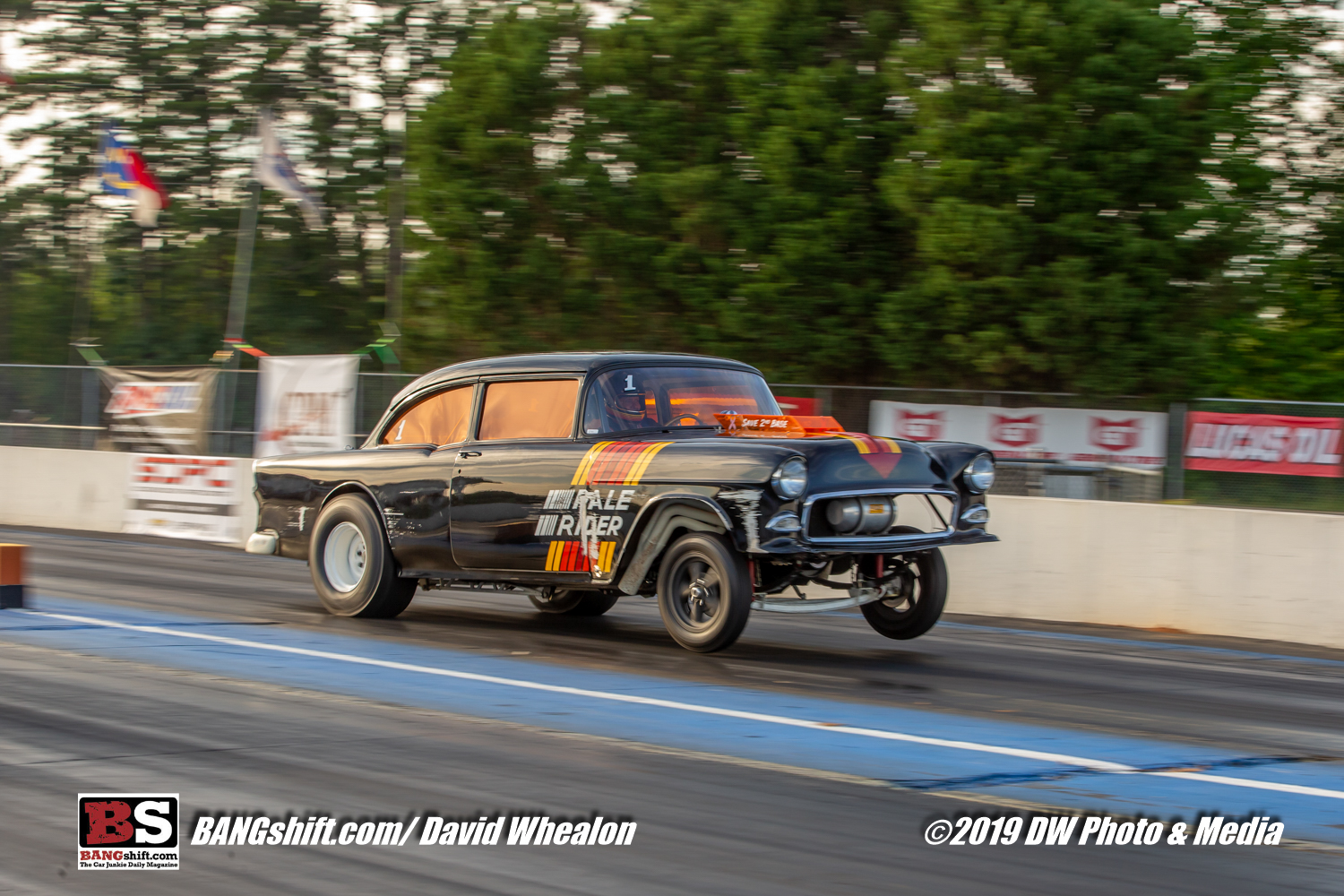 (Photos by David Whealon) – Yesterday we told you all about the Southeast Gassers group and how their racing program is predicated on being historically accurate, entertaining, and hard-fought. One of the things that happens to any racing group that gets popular is an increase in pressure to win. That increase in pressure can lead people to do stuff that’s not exactly tight to the words of the rule book.

How do you enforce it? With tech and that’s what these guys do. Quain Stott loves these cars, loves this era, but also understands that this is competition and not some goofball series of parade laps. That’s why at the close of this race there were engines torn down, displacement checked, and cars given a thorough look over by a multiple-man tech crew. Does that sound hardcore? Only because it is. It’s the way it was in drag racing for many many years, certainly in the 1960s and era that this group is based in.

As things have changed in the sport, people have gotten away from this style of enforcement and insurance to legal competition. There was a time in drag racing when a teardown was the ultimate sign of respect. You were an ass kicker, a record setter, a front runner. Today, many people see it as an affront or some sort of insult. None of those people race with the Southeast Gassers.

You may not love Quain Stott’s opinion on all things gasser, but there’s one thing you can never say. You can’t accuse the man of lacking passion, lacking drive, and lacking the iron will do keep his organization on the path he wants it to stay on.