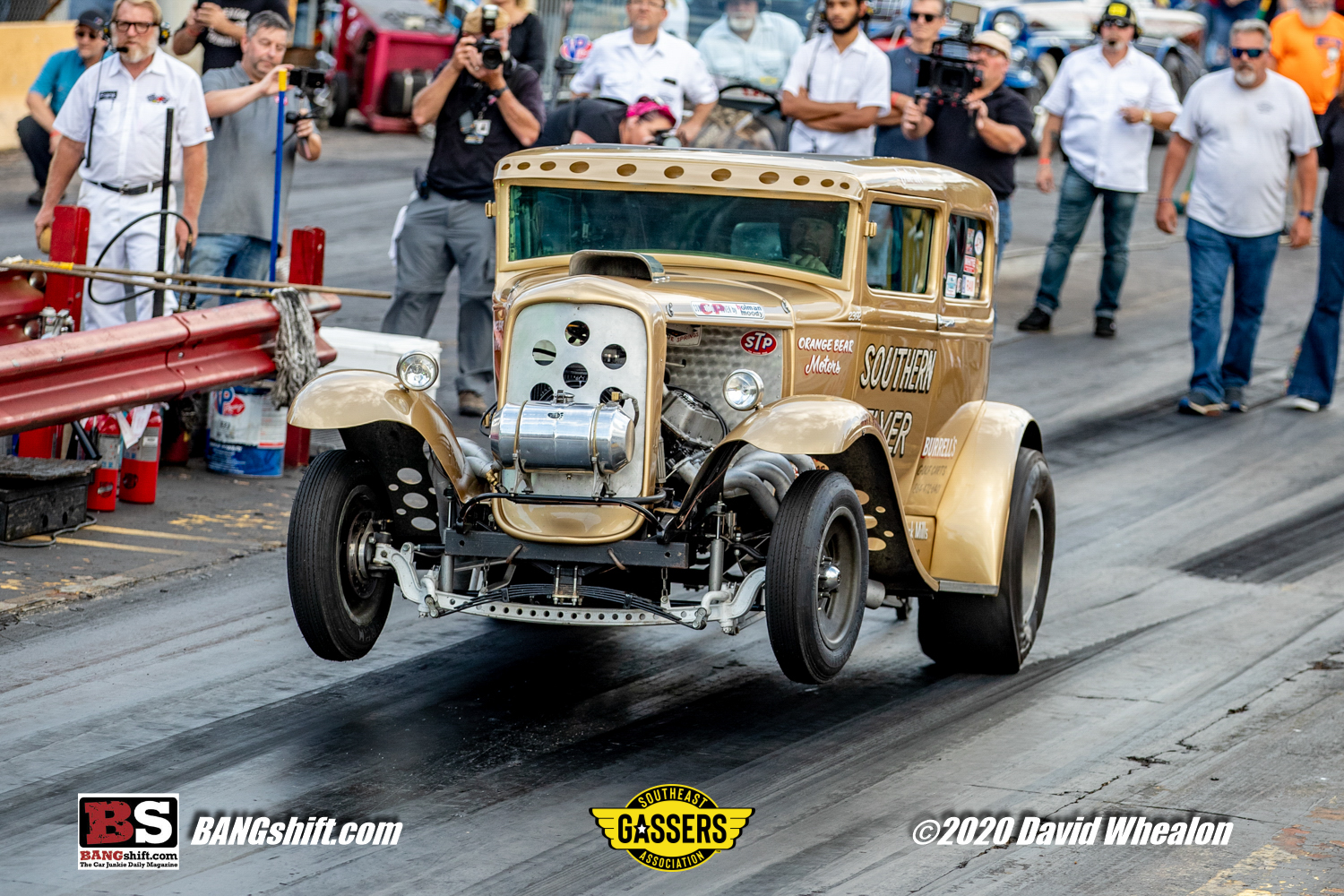 (Photos by David Whealon) – Most people do not understand that drag racing is a sport that kind of grows by rebellion and it always has. It is a sport of movements and counter movements even within those movements there are those that want to go their own way. Nostalgia drag racing is a movement, not as strong as it once was but it is there. Within the nostalgia drag racing world there were people who thought the whole thing was getting away from the original purpose and hence a group like the Southeast Gasser Association was born. This is not “nostalgia” drag racing. This is hardcore drag racing done the old fashioned way, far beyond the paint jobs.

They run old school cars at old school tracks and bring out great crowds. Just look at the stands at Shadyside for this race! It is not about proving that you can fill and NFL sized stadium, it is about providing one hell of a show for one decent price where everyone, the fans, racers, and track operator comes out ahead. No one lot the track at Shadyside wishing that the show was better, they only left wishing that the series was going to be back there the next weekend.

Little Giant: This 110ci Offenhauser Engine Needs A Vintage Midget To Land In Stat! Overstuffed: This Is How You Make A Tiny Plane Climb Like A Fighter Jet